Seven Rescued After Being Adrift for Six Days

The boaters, missing since September 8, were located by a Navy Commander Task Force (CTF)-72 P-8 Poseidon aircrew, 224 statute miles east northeast of Satawan Atoll and were then rescued by the crew of the patrol vessel FSS Micronesia. The rescued boaters were brought to Pohnpei to meet emergency medical personnel for evaluation, reportedly arriving in good health despite drifting for 145 hours.

The four adults and three children were overdue while transiting 16 miles from Lukunor Atoll to the Satawan Atoll. The Micronesia Police deployed their patrol boats to search while JRSC Guam watchstanders deployed an Air Station Barbers Point HC-130 Hercules from Hawaii and requested additional support from the Navy and Air Force. Good Samaritans from Caroline Island Air and the Bahamian-flagged 580-foot bulk carrier African Swan also volunteered to assist with searching for the missing boaters.

Involved in the six-day search were crews from:

Throughout the multiday search, JRSC Guam watchstanders coordinated with technical experts and response crews to refine the search area. The HC-130 Hercules deployed self-locating datum marker buoys to determine the movement of the ocean currents in the area. That data was incorporated into search planning to improve the drift models and increase the chances of locating the vessel.

On Saturday afternoon, while executing a search plan developed by JSRC Guam watchstanders, the Poseidon aircrew successfully located the adrift vessel and vectored in the FSS Micronesia who rescued all seven boaters.

The weather throughout the region was a challenge with seven to eight foot seas, strong winds and frequent rain squalls. 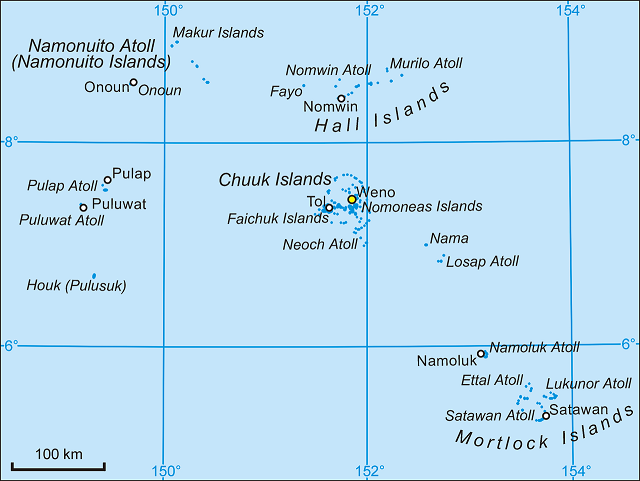