The development of autonomous shipping took another step forward with the first sailing of a semi-autonomous shortsea cargo vessel between the Belgian ports of Zeebrugge and Antwerp. The program, which seeks to expand on previous efforts on inland waterways, is viewed as the first step towards autonomous sailing.

The cooperation aims to validate the possibilities of automated navigation and to involve the authorities in the development of new navigation methods. Over time the partners hope to reduce the number of crew sailing aboard the vessel to create better efficiencies and address the growing shortage of trained seafarers. 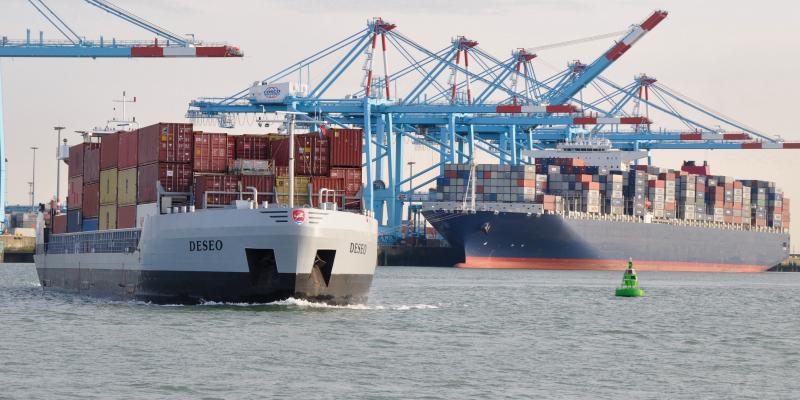 The sailings are being operated with the 5,500 dwt Deseo, which is owned by the Belgian shipping company Wennick. The program to test the technology is being conducted in cooperation with the MOW Department, the Joint Nautical Authority, and De Vlaamse Waterweg. The vessel, which transports 400 teu, will be sailing initially two or three times per week between the two ports supported by a central control station.

The route between the two ports is along the Westerschelde, one of the busiest rivers in the world. To guarantee safety along the waterway, the test includes an experienced crew on the vessel who can take over if necessary.

The technology being tested for the automation of the ship was developed by the Belgian company Seafar and they are providing the control from a centralized control center. The operators in the control center have a range of high-tech systems based on artificial intelligence, sensor fusion, and object detection at their disposal to ensure safe navigation. B2B operator Citymesh is providing a reliable and stable communication link between the ship and the shore control center, using a hybrid Wi-Fi network, private LTE/5G, and a public 4G network.

"Innovations regarding automation in inland navigation will help the sector and we want to take a pioneering role in this with Flanders,” said Minister of Mobility and Public Works Lydia Peeters. “The automated barge project offers an answer to the mobility challenges of the future. It strengthens our society to digitize and innovate in a progressive manner.”

As the technology is proved and refined in the tests, the goal is to move to greater levels of automation reducing the crew from five down to three. Similar trial projects have already been conducted in 2020 sailing on the Flemish inland waterways and in the port of Antwerp.

The Blauwe Cluster, VLAIO, the MOW department, and the Agency for Maritime Services and Coast are also supporting this project.