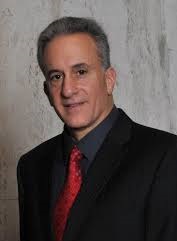 On Friday, the U.S. Maritime Administration announced that Jack Buono, the former head of ExxonMobil's North American shipping subsidiary, will serve as the new superintendent for the U.S. Merchant Marine Academy. Buono will take command at the Academy on November 9.

“As a Kings Point graduate who spent his entire career in maritime leadership roles, Mr. Buono will help educate and inspire the next generation of maritime cadets,” said Maritime Administrator Mark H. Buzby.

Following his graduation from USMMA in 1978, Jack Buono worked his way up from third mate to unlimited master with Exxon Shipping Company. In 1991, he transferred ashore, and after rising through several management positions, he was appointed president and CEO of ExxonMobil subsidiary SeaRiver Maritime, Inc., where he served until his retirement in 2016. He also served in the U.S. Naval Reserve for 11 years.

“Jack Buono is the ideal candidate to take the Academy to the next level,” said Maritime Administrator Mark H. Buzby. “He has impeccable credentials on the waterfront and, as an alumnus, fully understands the Academy’s mission to provide its students with the highest caliber of training and education needed to lead afloat and ashore.”

As part of the selection process, Buono also met with midshipmen, faculty, and staff from the U.S. Merchant Marine Academy, in addition to alumni and industry leaders.

"Jack’s extensive career in the maritime industry will be a tremendous asset to the Academy," said the USMMA Alumni Association and Foundation's president, Capt. Jim Tobin '77. "We look forward to fully supporting him as he executes his vision for Kings Point, and we are very grateful to Secretary of Transportation Elaine Chao and Maritime Administrator Mark Buzby ’79 for making such an inspired selection."

The U.S. Merchant Marine Academy at Kings Point, New York is one of the five federal service academies, and it celebrates its 75th anniversary this year. After graduation, its students agree to serve in the civilian merchant marine or on active duty in the armed forces.

Five large corporations with significant presence in the maritime industry have partnered with eight startups with the assistance of a corporate innovation and venture development company, Rainmaking. The firms - Cargotec, HHLA, Inmarsat, Shell and Wärtsilä - are working on 13 separate projects aimed at accelerating innovation and improving the bottom line.  These match-ups were made under the auspices of Rainmaking's Trade and Transport Impact program, which lines up corporate partners with budding tech startups for a range of transportation-related projects...