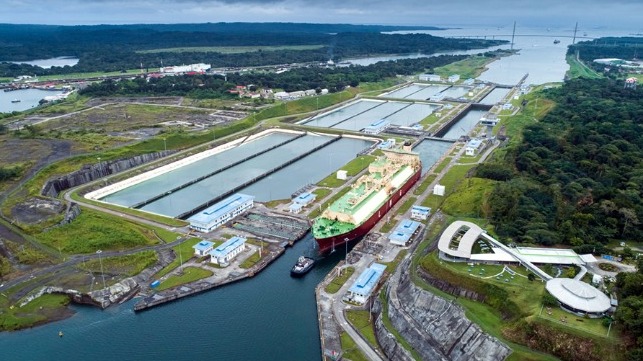 The U.S. Coast Guard has suspended a search for a missing crewmember of the Royal Caribbean cruise ship Majesty of the Seas.

At 0240 hours on Thursday, Coast Guard Sector Miami received a call from the Majesty reporting a man-overboard situation. A 26-year-old crewmember had gone over the side at a position about 30 nm off Pompano Beach, Florida.

The Coast Guard launched a search for the victim with air and surface assets, including the cutter Paul Clark, an MH-65 helicopter out of Air Station Miami and an Ocean Sentry patrol airplane. The search was unsuccessful, and the Coast Guard called off the effort at 0720 on Friday morning.

“We’ve been in contact with the crewmember’s family throughout our search efforts and know this is a very difficult and painful time for them,” said Cmdr. Jason Aleksak, Sector Miami chief of response. “Suspending a search is one of the most difficult decisions we have to make as first responders, and it is never made lightly.”

Man-overboard incidents aboard cruise ships are rare relative to the total number of crewmembers and passengers carried each year. According to researcher Ross Klein of the Memorial University of Newfoundland, about 314 people have gone over the side in cruise / ferry man-overboard incidents since 2000, based on published reports for major operators. Out of these documented occurrences, the rescue rate averaged about 17 percent.  According to cruise industry association CLIA, the few incidents that do occur are invariably the result of an "intentional or reckless" act.