Piracy Down for Third Month in Asia

Piracy in Asia declined for the third straight month in November, falling to its lowest level in a year, says anti-piracy watchdog ReCAAP. Only seven attacks were reported, including one unsuccessful attempt.

The piracy situation has particularly improved in the Straits of Malacca, where there were no successful incidents of armed robbery reported for the first time this year.

The severity of the attacks was also low, with no incidents in ReCAAP's two most serious categories (for hijacking, kidnapping, cargo theft, and large scale armed robbery).

ReCAAP's count for November brings the total number of incidents this year to 183, just short of the total for 2014. 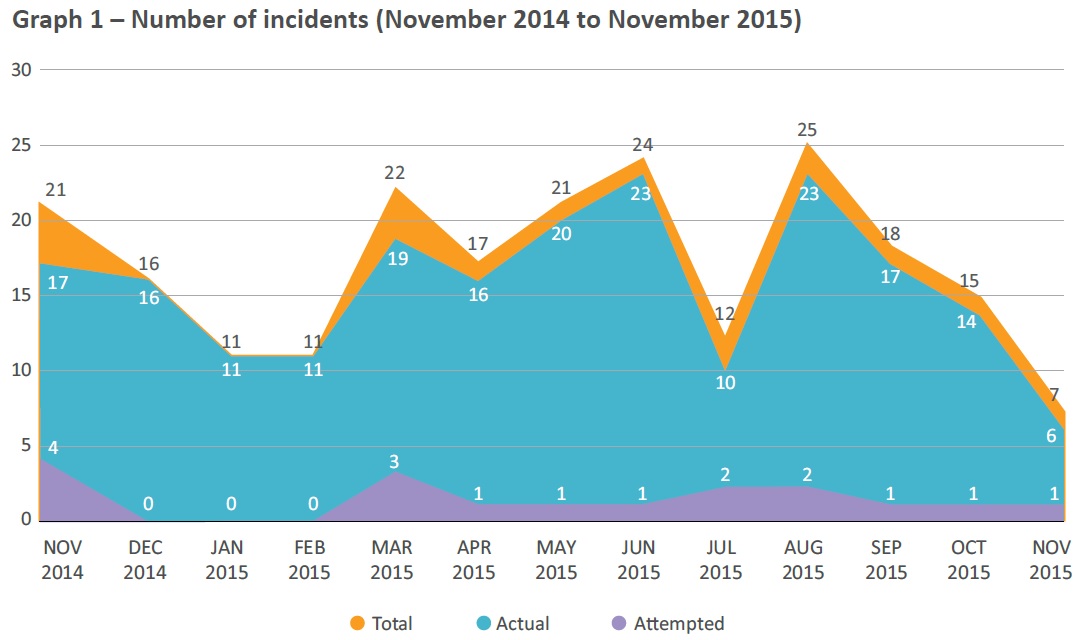 The monthly decline will be welcome news to ship operators with business in the Straits of Malacca and other problem areas in Southeast Asia. In the first half of the year, ReCAAP announced a surge in pirate activity, up 25 percent from the same period in 2014 and the highest in five years. The numbers included 150 armed robberies and 11 Category 1 incidents of cargo theft or hijacking.

All of the worst attacks earlier in the year were directed against tankers, and November was the third month with no report of a successful major attempt on a vessel of that class.

Southeast Asia leads the world in total number of pirate attacks, with four times the amount presently seen off the combined coasts of Africa, according to data from the IMB. But while the count in Asia has been high this year, observers confirm that the severity has been relatively low.

“The numbers seem quite frightening,” said Gerald Yee, an admiralty lawyer based in Singapore. “But we are not talking about Somalia or the Horn of Africa, where pirates actively chased vessels down, taking control and taking hostages. This is more akin to armed robbery or petty crime.”