Salvage operations commenced on the capsized Seacor Power, which remains partially submerged approximately seven miles off Port Fourchon, Louisiana. Salvage crews under the supervision of the Unified Command established by the U.S. Coast Guard and the vessel’s owner Seacor Marine, set up operations beginning May 1 as the private volunteer search effort came to an end.

The liftboat partially sunk on April 13 shortly after departing port. It encountered heavy seas during a sudden and intense storm. Seven crewmembers remain unaccounted for while six were rescued in the hours after the accident and six bodies were recovered from the water and aboard the vessel. 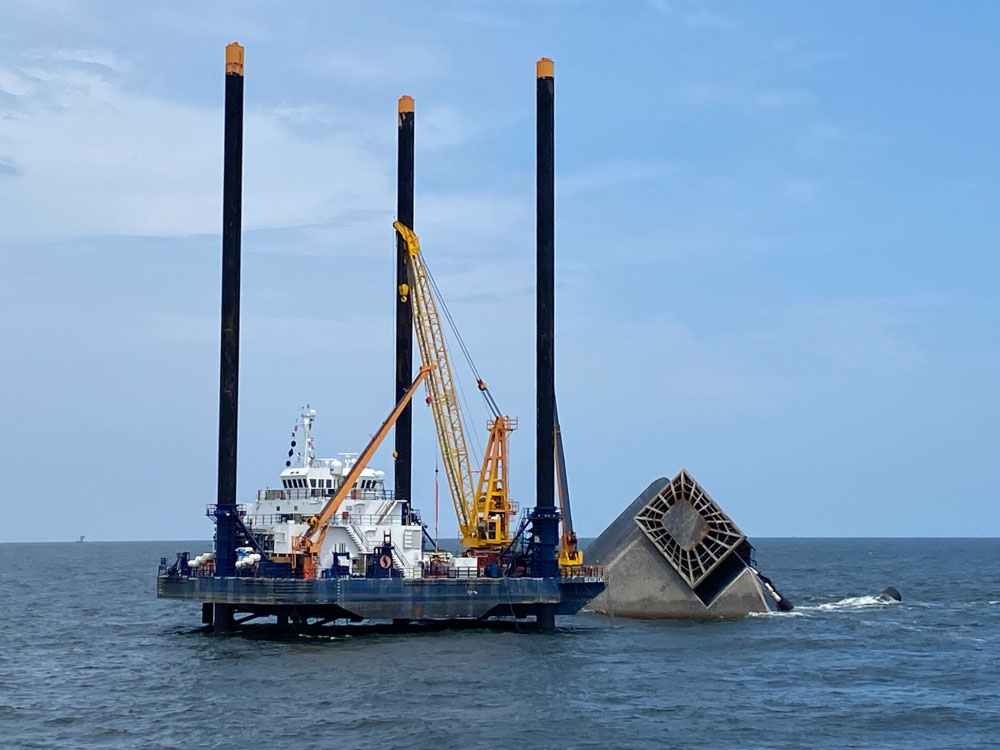 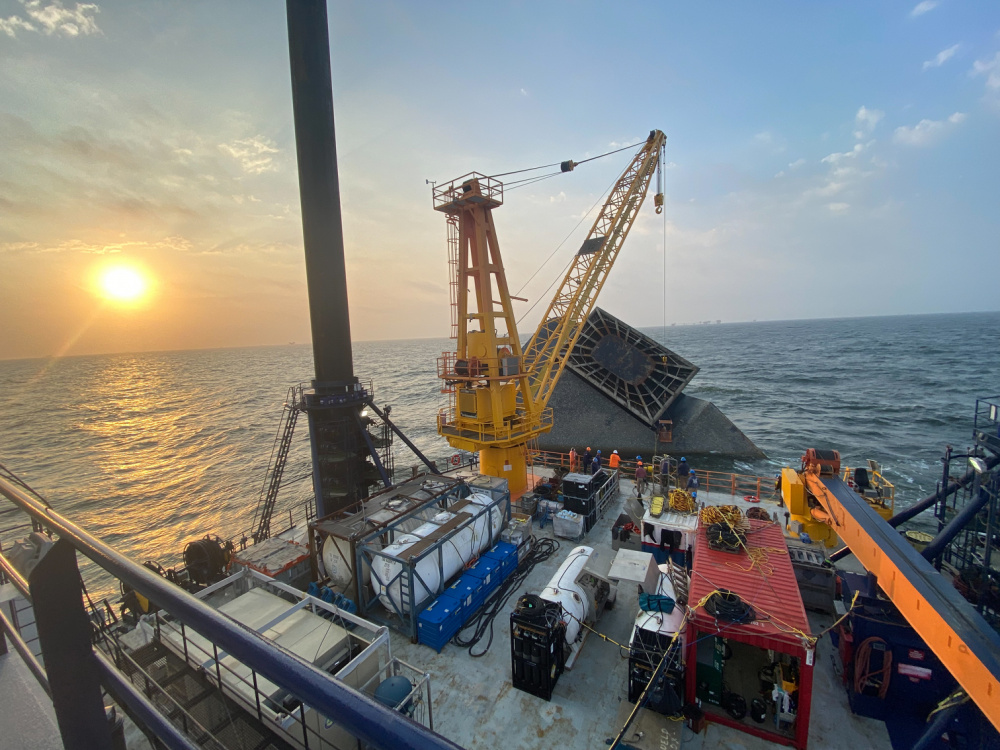 In the first phase of the salvage operation, crews are attaching hoses to begin to pump fuel that remains aboard the vessel. According to the Coast Guard, a method called hot tapping is being used to remove the fuel aboard the wreck. Divers using air hoses below the water and suspended in cabs transferring to the wreck are drilling into the fuel tanks. They will be attaching hoses without ruining the integrity of the tanks or causing pollution. They are working from a second Seacor vessel, Seacor Eagle, that has been positioned alongside as a platform for the salvage operations.

The Coast Guard reports that the operations will continue dependent on weather in the area. They are requiring the salvage crew to stop work if conditions exceed approximately 15 mph winds, four-foot seas, and the current is faster than 1.25 mph. Boaters are also being warned to remain outside the one-mile safety zone around the wreck.

Fuel will be pumped from the vessel during the first phase of the salvage operation. Previous reports said that the goal was to stabilize the Seacor Power and tow it back to port where inspectors would review the vessel and its equipment as part of the ongoing investigations by the Coast Guard and the National Transportation Safety Board into the causes of the loss.

Over the weekend, volunteers from the non-profit United Cajun Navy announced that they were suspending their search efforts for the remaining missing crew from the Seacor Power. The organization recovered debris from the vessel during its search, including life rings, unused life jackets, and hardhats from the crew on board.

The organization was also forced to defend itself against unsubstantiated claims that it had misused donations raised during the search operation. “Now that our attorneys are well underway dealing with those who chose to divert attention away from the Seacor crewmen search by slandering the UCN for their own personal gain, we are back to finalizing what we have collected so far in donations and invoices that have been paid out,” the organization wrote in a social media posting. Citing the “false and now debunked rumors about the UCN and our handling of donations,” the group reported that three of the 13 families have already received grants from the UCN, and 10 more grants are being distributed by over the next few days. “We want to thank all those who gave their time, money, and prayers to this mission.”

On May 3, the family of a lost crewmember filed the sixth lawsuit against Seacor and Talos Energy, charging that the companies put money ahead of the welfare of their loved ones. They charge that the vessel was ordered to put to sea despite warnings of storms in the area, that there was negligence on the part of the owners and charter of the Seacor Power, and that the deaths and injuries were the result of Seacor’s failure to furnish a seaworthy vessel. 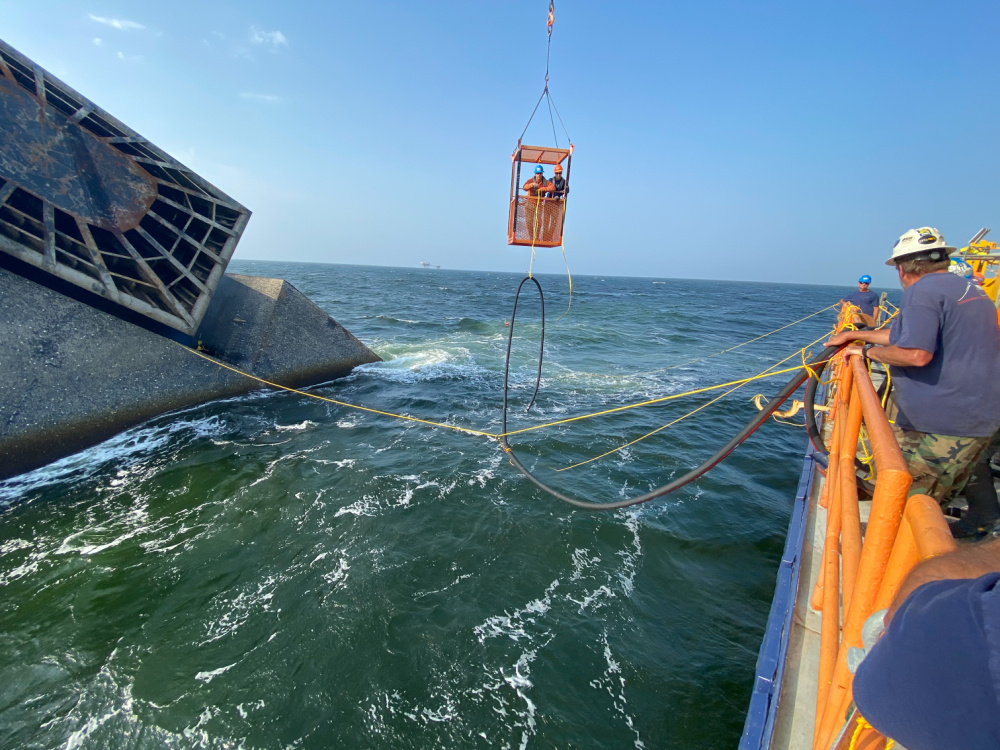 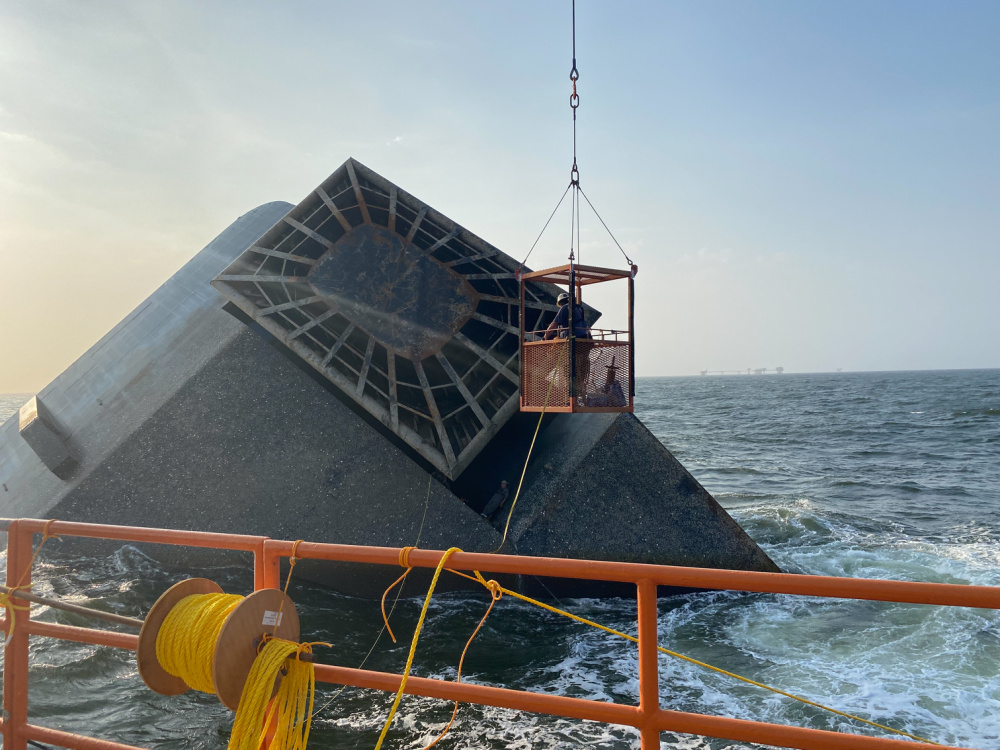 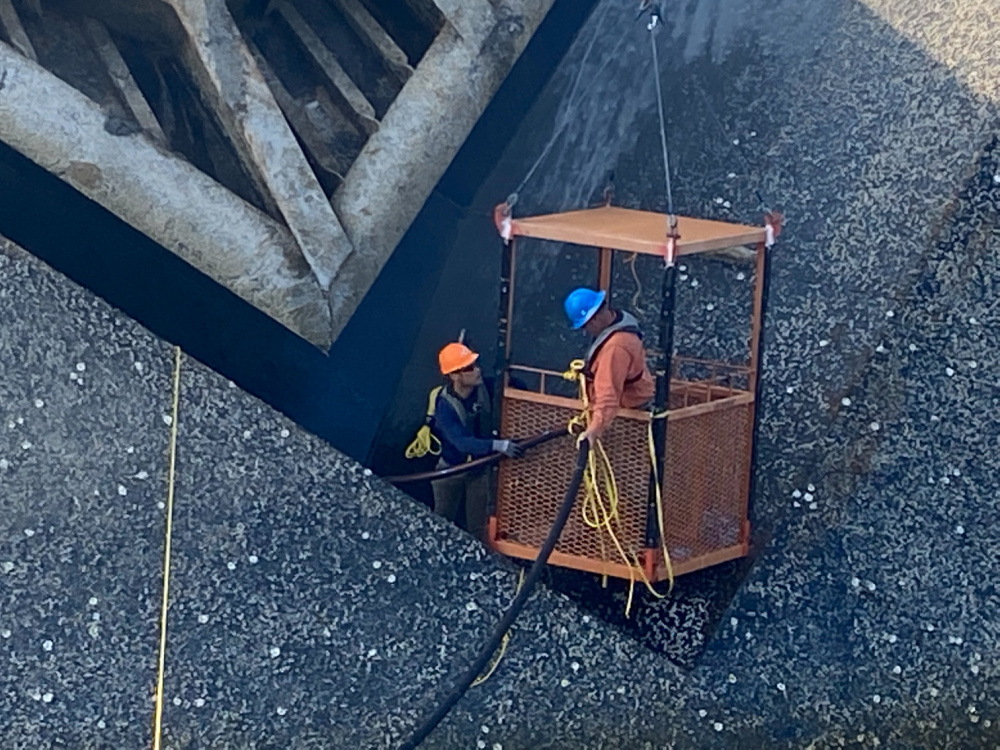