On Wednesday morning off Sotra, Norway, the former buoy tender Vikingfjord lost power in heavy weather and called for assistance. The Coast Guard patrol vessel KV Bergen was only 50 nm south of her position and got under way to respond.

The Bergen arrived on scene at about 0900 hours, and wave height was in the range of 25 feet with winds gusting up to 60 knots, according to her captain, Lt. Commander Brett Vorland. The Bergen is a patrol vessel, but her aft deck is set up for towing, with a layout like an anchor-handling tug. Her deck was periodically awash in the heavy swells, but with assistance from the salvage tug Ocean Response, her crew managed to established a tow with the Vikingfjord. However, Vorland said that the towing bridle was improperly rigged on the bow of the stricken vessel and the tow quickly parted. The crew established a second towline at about 1140 hours and got underway towards Marstein at a slow bell. 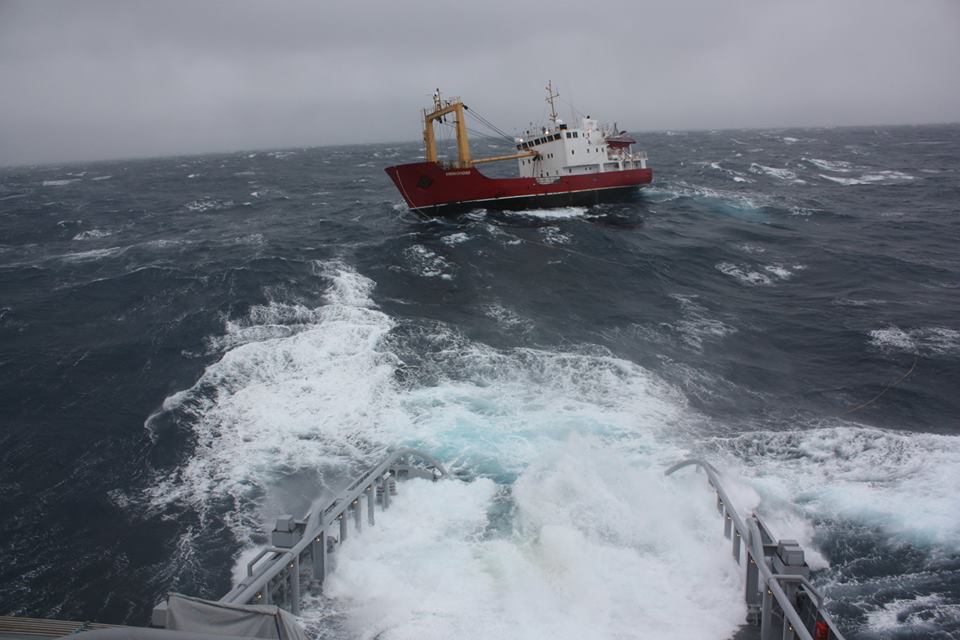 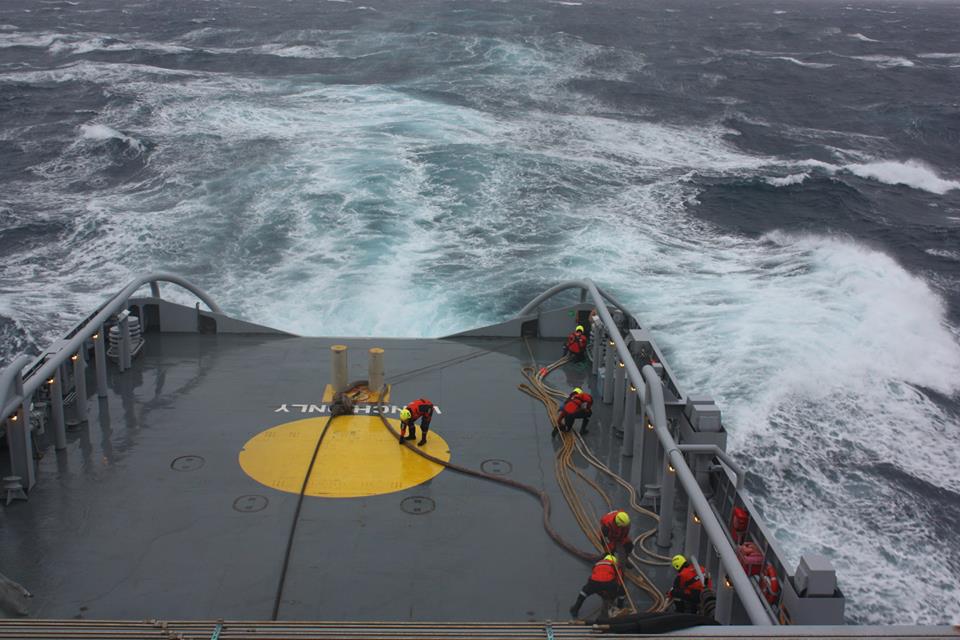 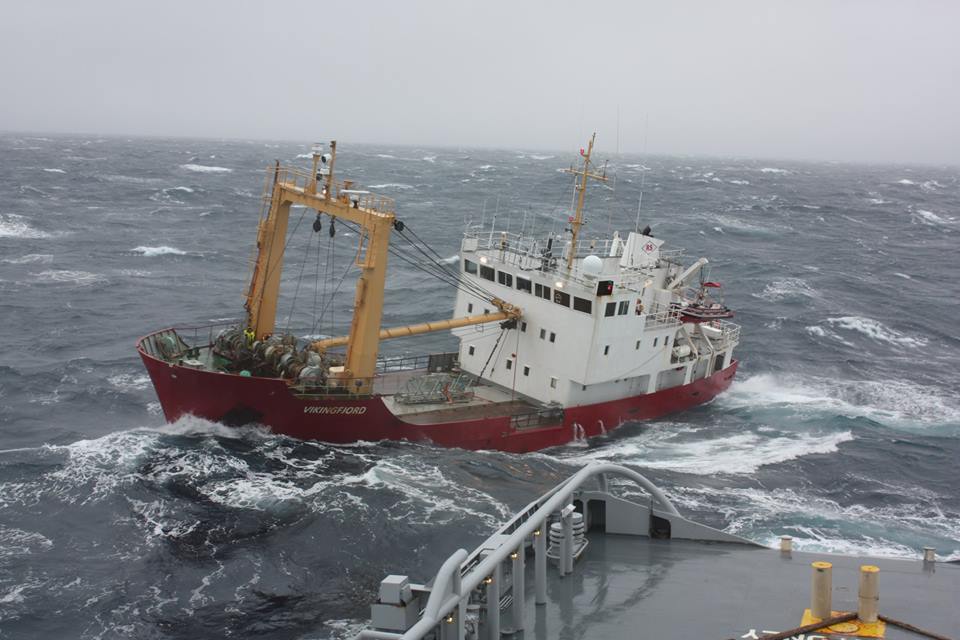 When she neared shore, the Bergen passed the tow to the tug Sjøbas, which brought the Vikingfjord down towards Korsfjorden. As of Thursday, the Vikingfjord's AIS data showed her at the shipyard at Rubbestadneset.

The KV Bergen was also involved in the casualty response to the Tide Carrier, which lost power and came close to grounding late last month. She is managed by Remøy Management on behalf of the Norwegian Coast Guard.

The 500 gt buoy tender Vikingfjord was bought by an offshore services firm in Fonnes, Norway after her 40-year career with the Norwegian Coast Guard. In October, port state control officials in Reykjavic found that her emergency towing arrangements were not as required, but she was not detained.