[Photos] Norwegian Bliss: An Individual Outstanding in her Class

Norwegian Cruise Line’s newest ship, the 168,028 gross ton Norwegian Bliss, was built by Meyer Werft in Germany in just 18 months. Delivered on April 19, she is the third member of the Breakaway Plus class and a continuation of NCL's highly unusual strategy of modifying each ship in the class.

When the first Breakaway Plus ship, the Norwegian Escape, was delivered in 2015 she had the same hull dimensions as the Norwegian Breakaway, but added an additional deck of staterooms and a second half-deck of suites, increasing her passenger capacity to 4,266. The design, however, was then altered beginning with the second ship of the class, Norwegian Joy delivered in 2017, Norwegian Bliss, and finally Norwegian Encore due in late 2019. Among the changes, the ships were lengthen by 25 feet adding a prominent ducktail.

The design changes were not limited to just the length. The bridge was lowered one deck and the lifeboats were repositioned inboard, which improved clearances and operational visibility. According to Meyer Werft, it also addressed docking issues in the Pacific ports that are subjected to huge differences between rising and falling tides.

A number of significant changes were also made to the passenger features. NCL executives familiar with the construction of the ships explain that NCL President and CEO Frank Del Rio took a personal interest in the design and décor of the newest ships. 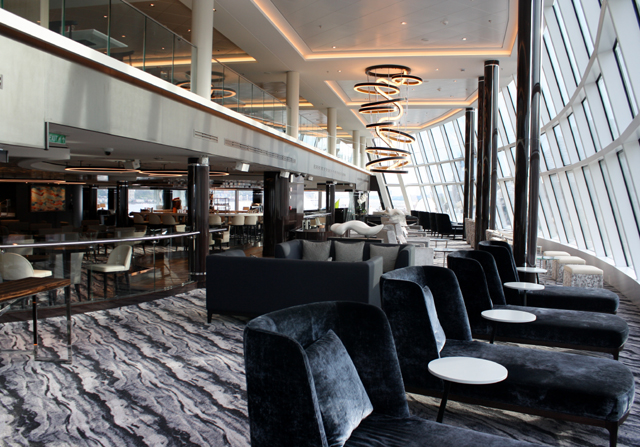 Other alterations to the passenger areas on the Norwegian Bliss include relocating the Garden Café and Spa as well as the addition of a new sweets shop and Norwegian’s first Starbucks. Among the 19 dining options and 10 bars on board are a new Texas BBQ and a new premium Mexican restaurant. 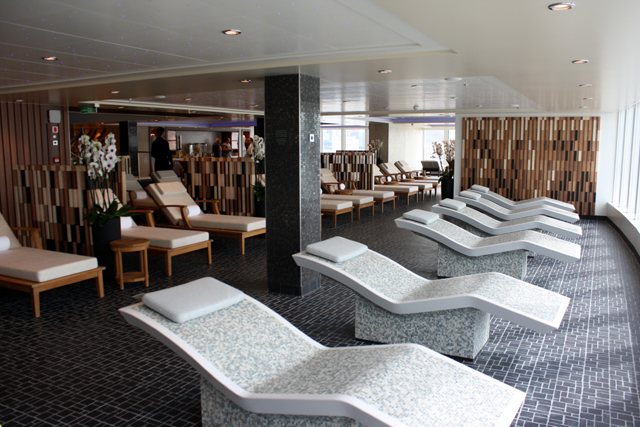 Other amenities, including the outdoor dining and lounges on the promenade, the variety of specialty dining and entertainment venues, and the single occupancy cabins, carried over from the earlier ships. 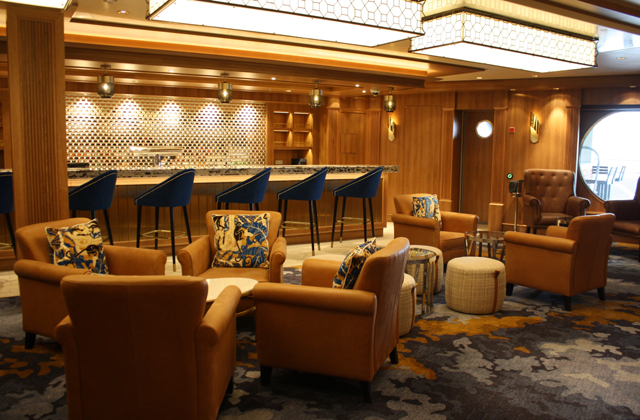 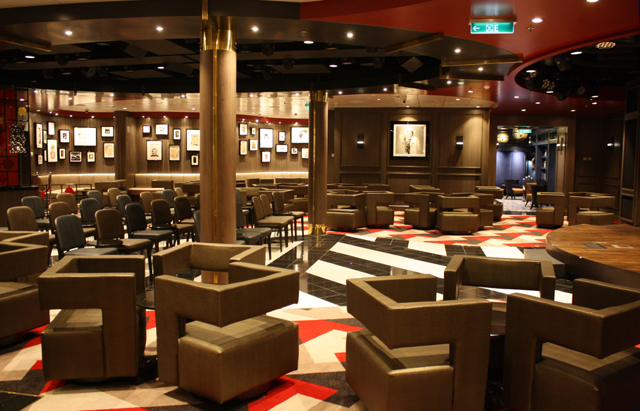 Following the industry trend to add attention-getting amusements, the Norwegian Bliss has a nearly 1,000-foot race track with electric go-carts, an outdoor laser tag game, and expanded waterslides, including one with a vertical drop that also extends over the side of the ship looping down to the deck below. 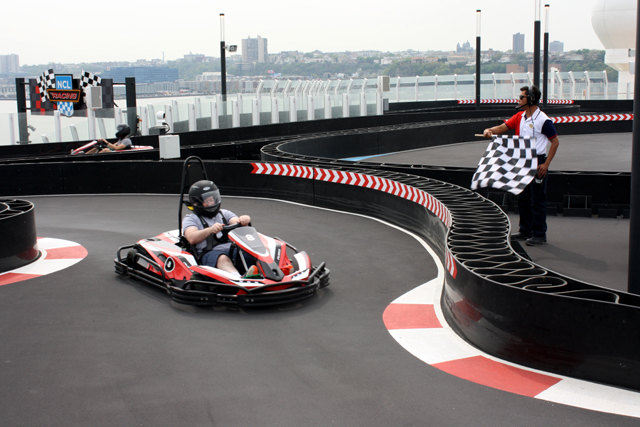 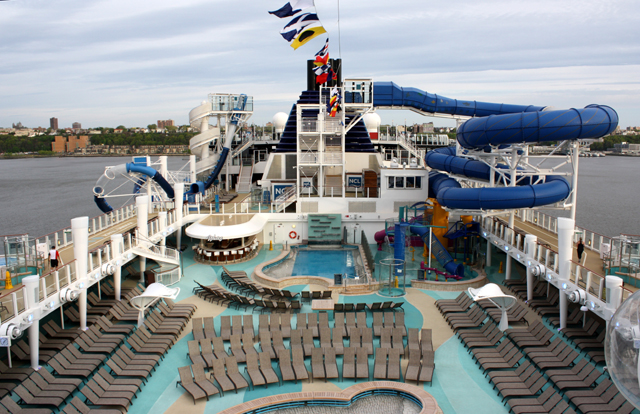 The technical plant aboard the Norwegian Bliss is similar to that on the earlier ships, powered by five MAN diesel electric engines and ABB Azipod electric pod propulsion. The motor design contributes to improved partial-load performance and to high efficiency. Meyer Werft notes that the ship also features improved hydrodynamics. “The whole engineering process was dominated by the idea of improving the energy efficiency,” says the yard, explaining that the Norwegian Bliss features energy saving and environmental systems such as heat recovery and LED lights in addition to hybrid exhaust scrubbers and extensive water cleaning systems.

Norwegian Bliss is now officially entering service after more than a month of previews and repositioning trips. On June 2, she begins her first weekly cruise to Alaska from Seattle after preview events in Europe, New York, Miami, Los Angeles and Seattle as well as revenue repositioning trips trans-Atlantic and through the Panama Canal. Along the way, she became the largest cruise ship to transit the Panama Canal, to sail from Los Angeles and Seattle and now the first mega-ship to operate in Alaska.

The previews were part of a concerted marketing effort as NCL moves to bolster its presence in the hotly contested Alaskan cruise market. In another unconventional move, hoping to reach a younger market that might be less familiar with cruising, NCL chose radio personality Elvis Duran as the ship’s godfather for a May 30 naming ceremony in Seattle. The result of all of these marketing efforts has been, “the best pre-booking period for a new build in the line's history,” according to Del Rio.

After the season in Alaska, the Norwegian Bliss will be cruising to the Mexican Riviera from Los Angeles before transiting the Panama Canal. In winter of 2018-2019, she will sail the Caribbean from Miami, before returning to Alaska for 2019 and repositioning to New York in the fall of 2019. 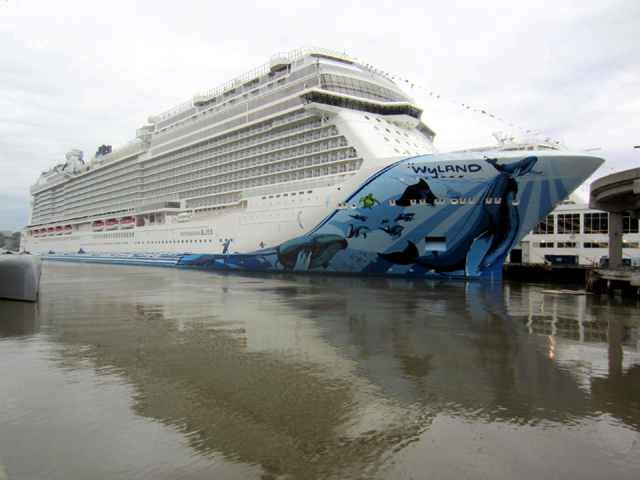