Huntington Ingalls' Newport News shipyard has delivered the first ever 3D-printed metal part to the U.S. Navy for installation on an aircraft carrier, following up on plans announced last October. 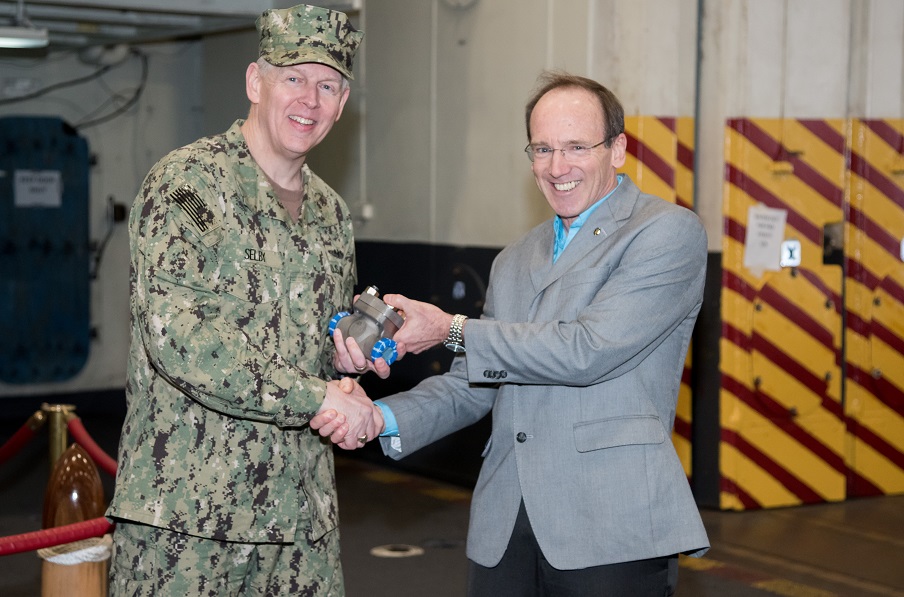 Last year, Naval Sea Systems Command approved the technical standards for 3D metal printing after an extensive study with the company and industry partners. That evaluation involved printing of test parts and materials, development of an engineered test program and a system of rigorous tests, including material, welding, shock, vibration, hydrostatic and operational steam testing.

The product of that effort - a piping assembly - will be installed on the aircraft carrier USS Harry S. Truman (CVN 75) and evaluated for a one-year period. In a previous announcement last year, the Navy-approved component was described as a drain strainer orifice (DSO), a steam system fitting that allows the drainage of water from a steam line while in use.

“We are pleased to have worked so closely with our Navy partners to get to the point where the first [3D-printed] metal part will be installed on an aircraft carrier,” said Charles Southall, Newport News’ vice president of engineering and design. “The advancement of additive manufacturing will help revolutionize naval engineering and shipbuilding. It also is a significant step forward in our digital transformation of shipbuilding processes to increase efficiency, safety and affordability."