Over the past week, a NATO operation cleared historical ordnance from the English Channel along the French Coast. Besides making the channel a safer place, Standing NATO Mine Countermeasures Group 1 gained the benefit of training and working with colleagues from multiple nations.

The team conducted the ordnance disposal operations off the coast of Dieppe, France from August 16 to 24. They reported that the operation successfully removed 13 pieces of historical ordnance, reducing the risk of mine encounters in the water and making the area safer for all mariners.

According to a NATO press office, during World War II, the English Channel was an area of numerous naval mining and coastal operations. Many of these historical ordnances they report remain in the area and may pose a risk to the environment, and military, commercial, and leisure activities. 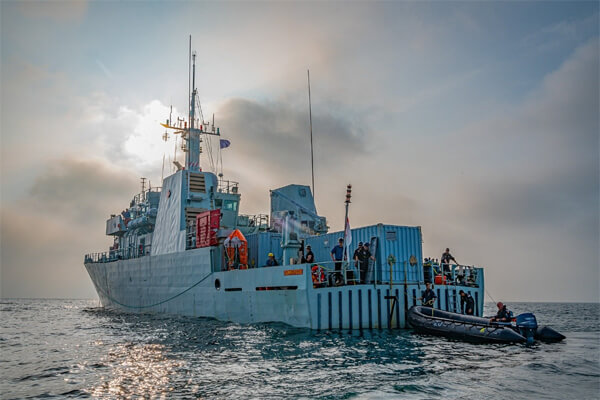 Vessels from five nations participated in the exercise

The exercise was led by the flagship FGS Mosel from Germany, along with the HMCS Kingston and HMCS Summerside from Canada, LNS Kursis from Lithuania, HMS Hurworth from Great Britain, and FS L'Aigle from France. Also included in the operation were members of the U.S. Navy's Explosive Ordnance Disposal Mobile Unit 8 under Explosive Ordnance Disposal Group 2 deployed aboard Mosel.

"Besides making the La Manche (English Channel) a safer place from historic ordnance, SNMCMG1 gained the benefit of training and knowledge from French historical ordnance disposal operations," said Estonian Navy Commander Ott Laanemets, Commander of SNMCMG1. "When our teams collaborate and we get to share and learn from our combined resources, it enhances all of our skills and makes future operations, like ordnance disposal, safer and more effectual." 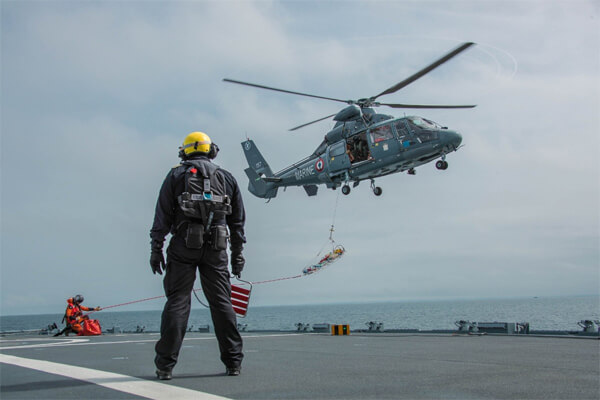 The operation commenced with a conference at sea, during which representatives from the French Navy coordinated with SNMCMG1 to determine roles and responsibilities within the area of operations. SNMCMG1's diverse composition provided the group with a broad range of technical capabilities to locate, identify and destroy historical ordnances. The assortment of methods and equipment used also allowed planners to combine and test multiple combinations to ensure ordnance approaches were the safest and most efficient.

SNMCMG1 is one of four Standing Naval Forces that operate under NATO Allied Maritime Command, headquartered in Northwood, United Kingdom.