Manning the Ships to Save the World Economy – Professional Seamen

The New York Times’ article “Trapped at Sea by Covid-19 Lockdowns, Crew Members Plead for Help: “We want to go home” is a difficult subject for everyone, but the matter can be even more heart wrenching to the general public.

So, we reached out to Henrik Jensen, founder of The Danica Group and managing director of Danica Maritime, a maritime crew services for major ship operators.

Danica Crewing and Marine works with ship owners worldwide and supplies deck and engineering officers. From where do you recruit your mariners and how many seafarers do you employ?

HJ: We recruit from Eastern Europe: Ukraine, Russia and Baltic countries (Estonia, Latvia and Lithuania). We have in total five manning offices across Eastern Europe. We provide about 1400 crew for 36 vessels and provide full crews and only the senior officers for other operators.

For the marine industry, it is common to have a combination of senior officers from Eastern Europe and junior officers and unlicensed crew from Asia. Danica supplies senior officers to about 200 vessels. We mainly provide senior officers, but for 36 vessels we provide all ranks for a full set of crew .

It is said that there are about 500,000 seamen and 50,000 ships worldwide. What countries provides the most deck officers and engineers and why?

HJ: I think that perhaps China, the Philippines and India provide the largest amount of ship crews, but Eastern Europe provides the most senior officers. This is because a maritime education in Eastern Europe considered very high quality. In fact, it is a tradition to be a seafarer and many of the European senior officers are second or third generation sea-going families. To be a professional mariner in Russia and the Ukraine is very attractive employment opportunity with a high-level of earnings.

Today, the National Maritime University in Odessa, Ukraine has as many as 11,000 students and these young students want to go to sea with the ambition of becoming a captain or chief engineer. Eastern European officers a not satisfied remaining in the junior officer ranks as many of their Philippines peers do.

What is the length of a mariner’s contract for a normal assignment?

HJ: The majority of our senior officers’ contract for about four months onboard followed by four months at home and, most generally return to the same vessel. Returning to the same ship is a great system because it ensures continuity onboard. In terms of junior officers, they mostly contract of six-seven months terms and rotate between different vessels in order for them to develop their knowledge and competencies by working on different ships with different equipment as well as learn from many different senior officers.

Does your company also employ various levels of professional mariners?

HJ: We employ all ranks from captain to messman and we crew all types of vessels, but mainly bulk carriers and product tankers.

As COVID-19 has many countries around the world on “lock down,”  there are many rumors about mariners being trapped onboard ships. Is it true and how are your crews being managed?

HJ: Yes, we are seeing that there are an increasing number of crew members that are overdue to go home. Apart from it being nearly impossible today to execute crew changes due to travel bans and lack of international flights etc. While it is difficult to work beyond your contracted time, it is also inherently smart for crews to remain isolated onboard.

Crew changes can jeopardize reaming crew members and impose a risk of bringing the virus onboard. There are no commercial vessels equipped to handle serious illness like Covid-19 and if the crew member needs a ventilator they are out of luck and a sick crewmember can infect all of the remaining crew members. This could be a very serious situation for continued safe operation of the vessel.

At Danica, we continue to support our captains and crew and keep them updated on the developments including explaining why it safest to stay onboard. We have also engaged with professional mental health professionals to whom the seafarers can contact if they feel down or depressed. Seafarers are safest at sea for now and they are in constant contact with their families, which many of the families also have private medical insurance as well. Total family health Insurance is an important aspect of being in these serious times.

What advice do you have for professional mariners that are stuck in different countries?

HJ: Danica had some seafarers stuck during travel, but we managed to get everyone back home. But there were also a few situations where a new crew joined a ship and the crew scheduled to go home got stuck onboard because of the new imposed travel bans. It is an unfortunate situation and there is not much else to do but be patient for the crew wanting to go home.

Is international commerce coming back online and will there be enough professional mariners to man the ships?

HJ: Yes, there will be plenty of licensed crew to man the world’s commercial fleet. Most seafarers are only employed while they are sailing onboard. Otherwise, they have no earnings at home or on vacation. Today, many seafarers are stuck at home and unemployed. The first opportunity to sail again, I assure you they will be there as soon as they can.

How is your company being impacted by the global pandemic?

HJ: As many countries around the world are in lockdown, we too have shut down our offices and are working from home. We are a global company and work 24/7/365, which is the normal times for international shipping as well. Remember, crew members and ship owners work around the clock and through the weekends and holidays transporting cargoes needed by economies and the general public. Global trade and international commerce is what the maritime industry is about.

What advice are you giving to your shipowners?

HJ: Be a good employer and provide crews with free email and internet communications with their families and keep them continuously updated. 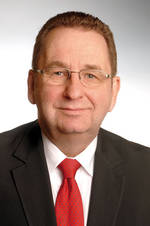 Henrik Jensen is a Danish citizen and ship captain as well as a managing director on shore. Henrik’s professional career includes being Managing Director of a large Danish ferry operator. He joined the Bernhard Schulte Group in 2000, where he held various management positions, including Senior Managing Director for Bernhard Schulte Shipmanagement (Deutschland) and Group Managing Director of Human Resources. In 2008, Captain Jensen was a co-founder of Nordic Hamburg Shipmanagement, building up the organisation and a manning agency in Odessa. In 2012, Henrik founded Danica Maritime Services and Danica Crewing Services and has since then developed Danica to become a leading crew provider.

Besides his nautical education, Henrik holds a business degree in economics, human resources and strategy from a Danish business college.