Live Export Cruelty: "When Will Enough, be Enough?"

A leading Australian animal welfare organization has asked the government, “When will enough, be enough?” Speaking of what he says is continuing systemic failures in regulating the nation's live export trade, RSPCA Australia Senior Policy Officer Dr. Jed Goodfellow says livestock exporters and the Australian government have no hope of controlling how exported animals are treated in foreign countries.

Of more than 100 nations exporting livestock, Australia is the only one that regulates animal welfare standards throughout the entire supply chain to the point of slaughter in overseas markets. Australia's Exporter Supply Chain Assurance System (ESCAS) calls for animal handling and slaughter to meet World Organisation for Animal Health (OIE) standards, with exporters required to account for livestock across the supply chain.

The latest ESCAS report, released last week by Australia's Department of Agriculture, involved 514 animals and included the outcomes of four new investigations involving animals exported to Malaysia, Vietnam and Israel. The report describes all too familiar scenes, says Goodfellow: lame animals, sheep dragged by ropes around the neck and legs, trussed into the boots of cars, ear tags being removed to prevent traceability and animals being taken to private residences and slaughtered with “a sawing motion.”

ESCAS calls for the use of sharp knives, a single cut of the throat, effective restraint to minimize animal stress and make the cut more efficient and low stress animal handling. However, the standards do not require that animals are stunned before having their throats cut, as many animal welfare groups believe is necessary for humane killing.

“In September 2017, a major incident in Malaysia saw sheep being removed from approved supply chains right under the nose of the exporter’s animal welfare officer,” says Goodfellow. The officer and six other security guards were powerless to stop the incident reportedly caused by “an out of control crowd event.” September is the time of the Festival of the Sacrifice (known as Eid al-Adha in the Middle East and Korban in South East Asia).

More concerning still, says Goodfellow, were the additional reports of major non-compliance by a repeat-offending importer in Vietnam which the Department of Agriculture suspended in 2015, only to re-approve it for receiving Australian cattle several months later. The original suspension related to its involvement in supply chain breaches involving almost 2,000 animals, some of whom ended up in backyard abattoirs.

“It is very concerning to now find out that this re-approved importer is yet again flouting Australian export rules by intentionally on-selling 309 cattle to China and ‘deliberately interfering with control and traceability systems at the feedlot by covering CCTV cameras.’

“Astonishingly, the Department’s report concludes by stating that ‘this incident will be taken into account when considering any applications for the importer or facilities to be reapproved.’

“Re-reapproved? When will enough, be enough?” asks Goodfellow. “How many times does an importer have to intentionally flout Australian export requirements before they are permanently banned from receiving Australian animals?

“This is just another blatant example of the Australian Government rubber stamping supply chains despite the known risks to animal welfare. It’s making a mockery of Australia’s supposedly world-leading live animal export laws. The only way to prevent the cruelty of the live export trade is to slaughter the animals humanely here in Australia and export the meat. This is a win for animal welfare and a win for local jobs and regional communities,” said Goodfellow. 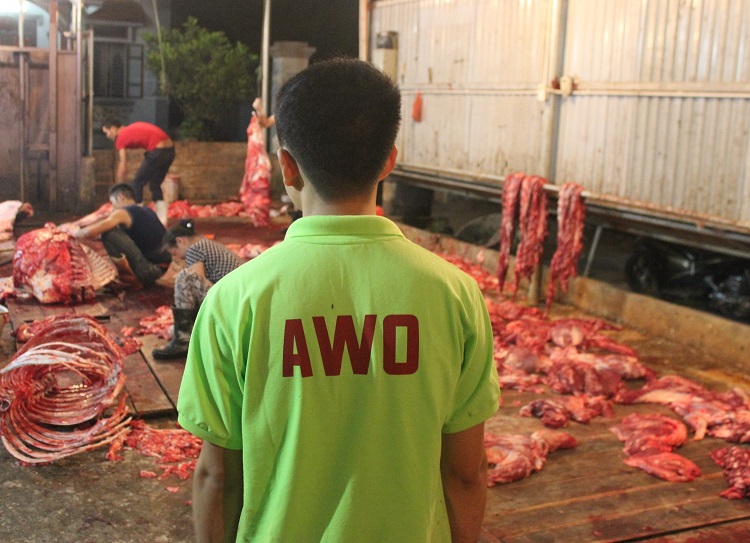 A spokesperson for the Australian Livestock Exporters' Council said that exporters continued to support the accountable and transparent way that supply chain leakage and welfare breaches were publicly reported and regulated. He said welfare breaches were never acceptable and that industry was committed to its ongoing work with importers to rectify welfare risks. 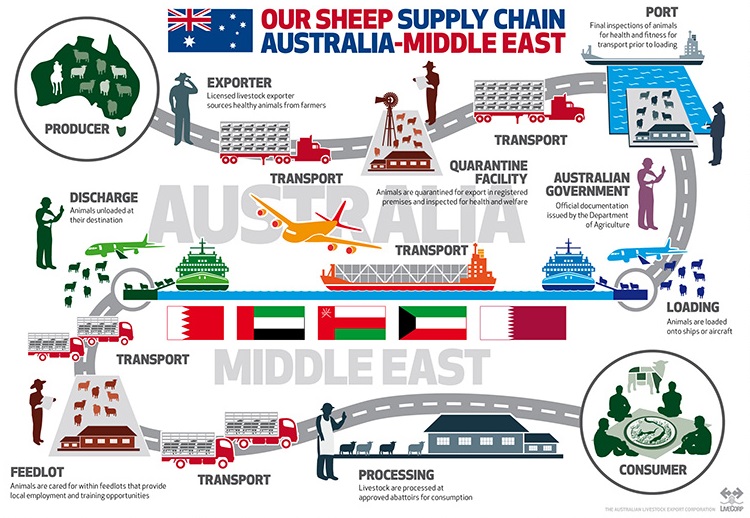 The debate on the efficacy of ESCAS has been on-going over this time. In 2016, 15 of the 18 reports of non-compliance received by the Government during the six-month period from March to August concerned Vietnam and involved thousands of Australian cattle. Many of these animals were sold outside approved supply chains, and likely met the horrific fate of being bludgeoned to death with sledgehammers as exposed on the ABC’s 7.30 report in June, said the RSPCA.

However, the Council said at the time that animal welfare challenges in markets like Vietnam had put the accountability of the live trade’s supply chain on show. Welfare issues uncovered resulted in suspensions and bans being placed on a number of exporters, and as a result of ongoing investigations into Vietnam, more than 20 facilities were suspended, including a number of feedlots and abattoirs.

The industry globally is coming under increasing scrutiny, after animal welfare organization Animals International exposed the brutal treatment of animals exported live from Brazil last year. Investigators witnessed cattle from Brazil being stabbed in the eyes, ears and legs in Egypt and suffering prolonged cruelty in Lebanon.

There are no laws in the destination countries to protect animals from extreme cruelty, says the organization. In Brazil, cattle are stunned unconscious before slaughter due to humane slaughter legislation. However, this is not the case in Lebanon where attempts to restrain fearful animals can lead to brutal treatment like eye gouging and tail twisting, In Egypt, Brazilian bulls were stabbed in the face and slashed in their leg tendons in attempts to bring them to the ground to have their throats cut.