The Libyan National Army (LNA) controlled by Libyan warlord Khalifa Haftar seized a Turkish-owned cargo ship on what is being called a humanitarian mission breaking the fragile ceasefire agreed to less than two months ago and sparking a new international incident.

Maritime security analyst Dryad Global reports that the LNA Sousse Marine Company detained the Jamaican-flagged cargo ship Mabrooka on December 5 “after it reportedly entered the restricted zone offshore of Derna and failed to respond to calls.” The LNA issued a statement saying that the vessel had been intercepted and was then towed to Ras Al-Halil port for an investigation. The crew consisting of nine Turkish nationals, seven Indians, and one from Azerbaijan are being detained with the vessel.

The analysts believe that the action was in reaction to Turkey's growing intervention in the Libyan conflict. Turkish warships have been seen offshore contributing to increased tensions on both sides of the conflict. The LNA is accusing Turkey of breaking UN embargoes and bringing arms and military equipment to the forces UN-backed government in Tripoli.

The LNA forces said the ship had entered a zone of military operations in which it did not have a right to sail. Ahmed al-Mismari, a spokesman of LNA, reported that the Turkish cargo ship was being “investigated due to violations of maritime regulations and laws.” They also posted images of the interceptions of the vessel on social media. 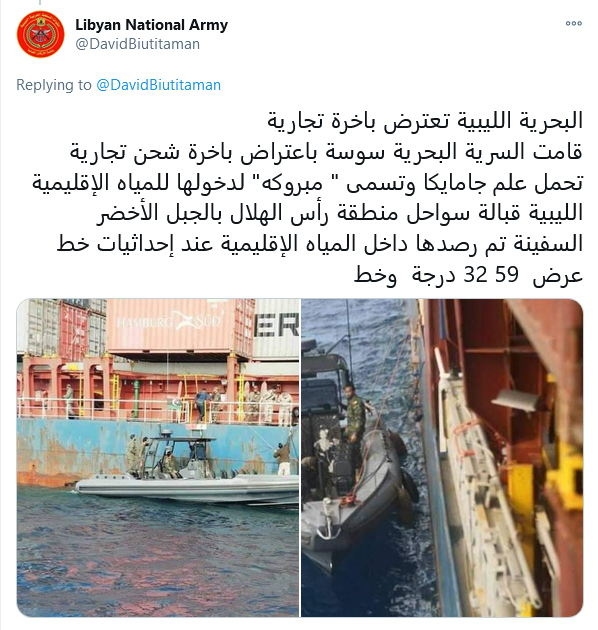 The Republic of Turkey’s Ministry of Foreign Affairs responded with a strongly worded written statement warning of “grave consequences,” if Turkish interests are targeted in Libya. “We strongly condemn this action. Steps for ensuring the resumption of the planned expedition of the vessel must be taken immediately,” the statement said which was posted on the Ministry’s website and social media.

It is unclear how the latest incident which is still evolving will impact the easing of tensions in the region. In September, Haftar had agreed to end the eight-month blockade of the oil terminal at Tripoli and let shipments resume. However, the LNA has a history of detaining vessels that it believes are hostile. In 2018, they seized another vessel with a Turkish crew again saying it was being “investigated” for supporting rebels in the region, and in 2017 they seized the car carrier Morning Compass saying that it too had entered a restricted military area. 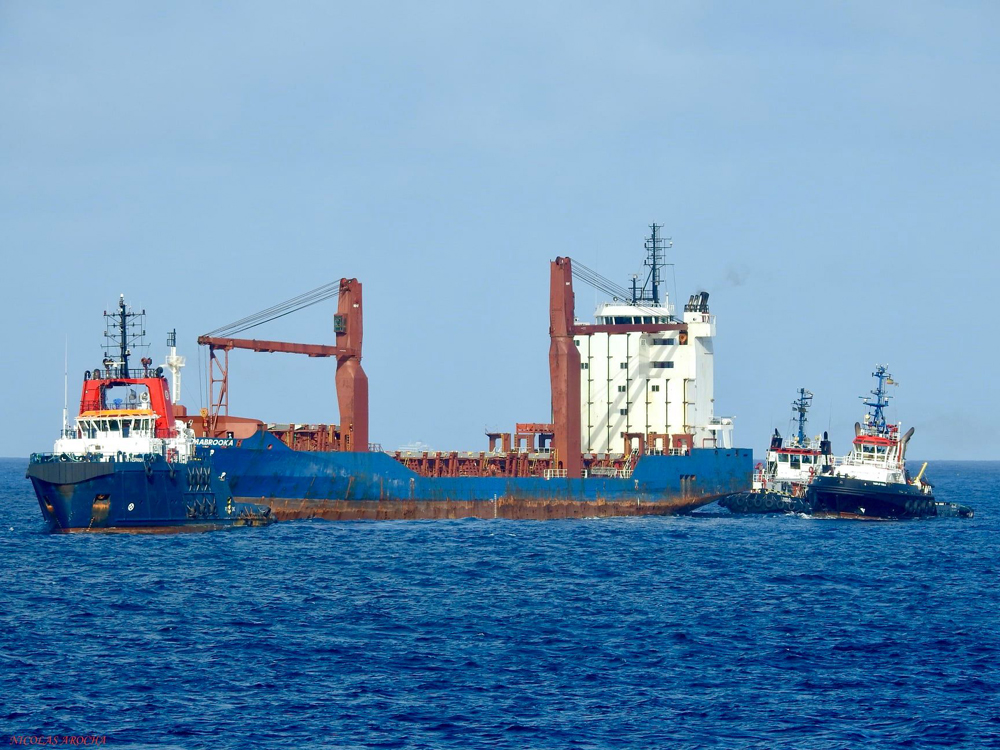 For its part, the Mabrooka is no stranger to its own set of troubles. In June 2020, the 8,500 DWT vessel was arrested in Trinidad and Tobago on a warrant issued by the Guyana Supreme Court for reportedly unpaid repair bills. At the time it was reported that the 15-year-old ship was trading between Qatar and various Caribbean countries.

At the end of August 2020, the Mabrooka was spotted being towed into the port of Las Palmas de Gran Canaria. In that instance, the cargo ship was reported adrift near Dakhla, a city in Western Sahara that is part of a disputed territory currently administered by Morocco.