A keel laying ceremony has been held for Australia's first Arafura Class Offshore Patrol Vessel at the Osborne Naval Shipyard in Adelaide.

Chief of the Royal Australian Navy, Vice Admiral Michael Noonan, positioned a coin to commemorate the laying of the keel for the first vessel to be named Arafura. He was joined by the two youngest shipbuilders in the Osborne shipyard: Boilermaker Kane Ramsay and Document Editor Lauren Pitman.

This project will see the delivery of 12 Offshore Patrol Vessels to the Royal Australian Navy to replace the Armidale Class Patrol Boats.

The Arafura Class is named for the Arafura Sea between Australia and Indonesia and honors the significance of Northern Australia’s waters to Australia’s maritime security.

Prime contractor Luerssen Australia along with shipbuilding sub-contractor ASC commenced construction of the first vessel on November 15, 2018. The first ship will be launched in 2021 and the second in 2022. Construction of the third vessel will commence in 2020 at the Civmec Henderson shipyard in Western Australia, where the remaining 10 vessels will be constructed.

The 12 Australian vessels are based on the PV80 design. The OPV design will support specialist mission packages, such as a maritime tactical unmanned aerial system, and into the future, rapid environmental assessment and deployable mine counter measure capabilities. 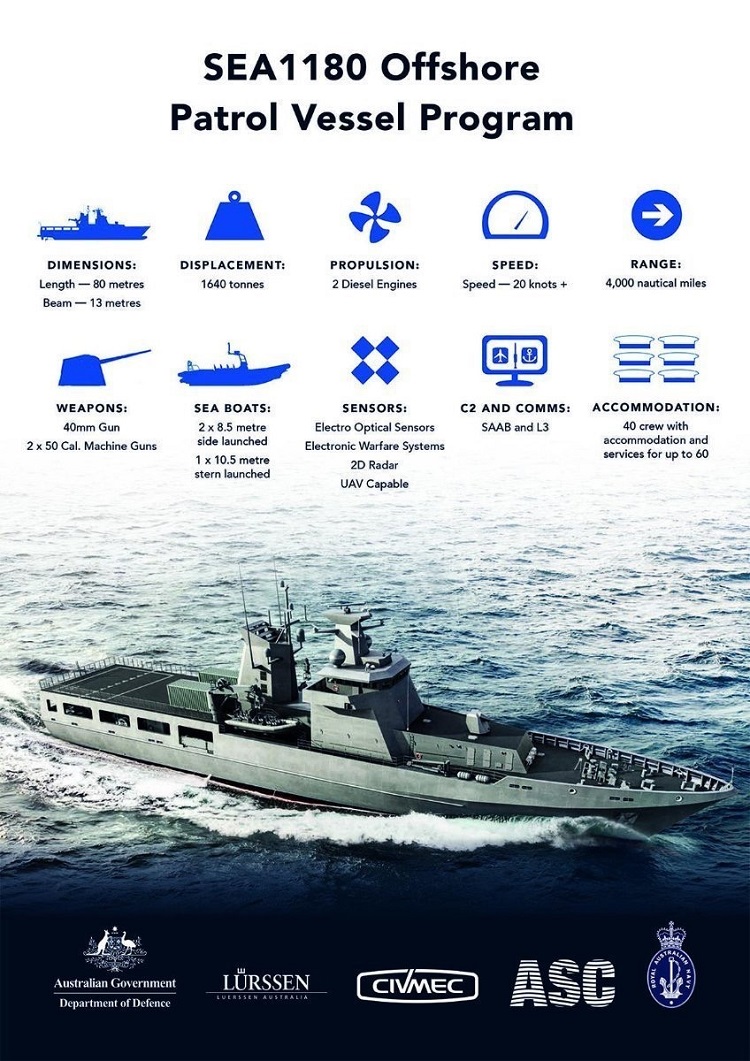