The International Maritime Rescue Federation (IMRF) has announced the finalists for the 2017 H.E.R.O. Awards which recognize people and organizations around the world who go above and beyond in maritime search and rescue (SAR). 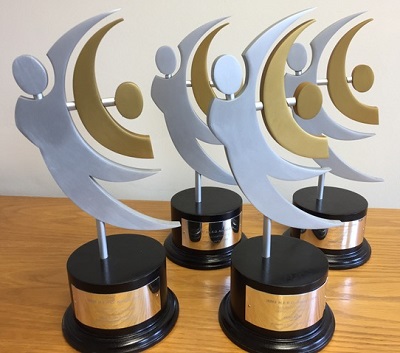 There are four categories in the IMRF H.E.R.O Awards 2017:

The Individual award recognizes an outstanding contribution by an individual in a maritime SAR operation and is sponsored by 8 West Consulting/SafeTrx. The finalists are Anton Tasanen for his skilled and brave rescue of a crewmember overboard using the vessels mooring winch in rough seas near Finland and Ray Burge for his quick thinking lifesaving actions which saved a husband and wife caught in strong currents and heavy seas in New Zealand.

The Team award, recognizes an outstanding contribution by a team or teams in the maritime SAR ecosystem working together to save lives and is sponsored by Orolia/McMurdo. The finalists are the National Sea Rescue Institute WaterWise Academy in South Africa which teaches disadvantaged children about water safety educating approximately 330,000 children each year and MOAS (the Migrant Offshore Aid Station) based in Malta. MOAS has been nominated for its tireless work over the Easter weekend when it rescued over 1,800 desperate people from woefully inadequate boats in the Mediterranean.

The Innovation and Technology award recognizes new products and technologies developed that improve the work and success of SAR organizations, and is sponsored by Pole Star. The RNLI Future Leaders Project Team 2016, is a finalist for this award, nominated for their program which focuses on new and developing search and rescue organizations around the world, helping to build individual and organizational leadership. The other finalist is the MAR-SimNET Project, an interlinked simulator for maritime disasters which incorporates, for the first time, the needs of the different stakeholders involved in a complex search and rescue operation. The MAR-SimNET project provides inter-organizational training for all the entities involved, from maritime rescue coordination centers to coastal radio stations to SAR vessels on the water and SAR helicopters overhead.

The Vladimir Maksimov Lifetime Achievement award recognizes outstanding service to SAR by an individual or organization and is sponsored by Inmarsat. A finalist for this award are Branko Rameša from the Croatian Search and Rescue, Croatia, who has demonstrated his bravery time and again, dedicating his life to saving lives at sea. The other finalist is ADES (the Association of Maritime and River Rescue of Uruguay) with special recognition for the outstanding voluntary work undertaken by Captain Ramón Sagüés and Engineer Otto Vicente Muzzio to establish and develop this pioneering SAR institution. These men worked as pioneering volunteers in Uruguay to help build the exemplary search and rescue institution that is ADES today.

The winners of the IMRF H.E.R.O. Awards 2017 will be announced at an awards dinner held at the RNLI College, Poole, in the U.K. and online, on November 2.

There will also be a Local IMRF H.E.R.O. 2017 Award given to local SAR H.E.R.O.s, nominated by the event's hosts the RNLI.