Grounded Newbuild Will Have to be Scrapped

The newly built Kea Trader, a 2,200 TEU container feeder that went aground off New Caledonia on July 12, will have to be scrapped, her owners said Friday. She was in service for six months before going aground.

"Most double bottom tanks have been affected. There is water ingress in all five cargo holds, which is being controlled by portable pumps where possible to protect cargo," owner Lomar Shipping said in a statement. The damage extends to the rudder, propeller and structural elements in the ship's interior. "Given the nature of the damage already known, that expected in currently inaccessible areas, and as a result of the vessel’s continuing deterioration, the company has regrettably had to agree with its H&M insurer that the vessel cannot be repaired and will need to be recycled." 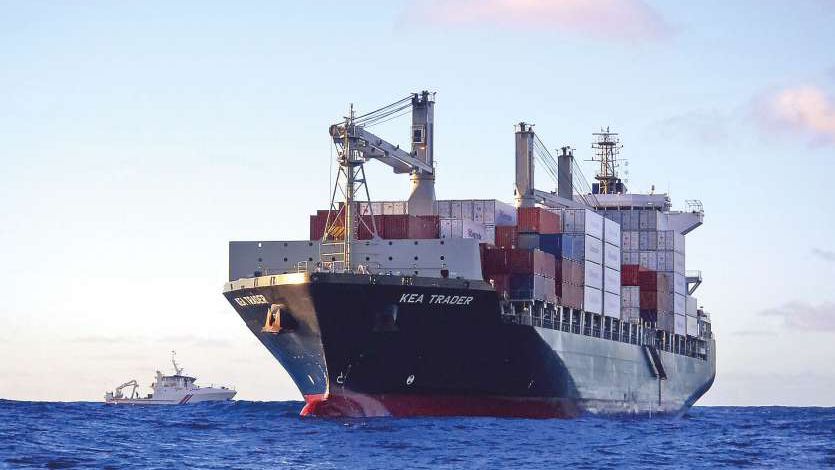 The Trader is still hard aground on Durand Reef, near Mare Island, and a team from Ardent Salvage is working to remove her safely and without damage to the environment. Two thirds of the containers on board have been removed and brought to shore at Noumea, New Caledonia.

Foul weather has hampered the effort to refloat the Trader, and Lomar did not give a timeline for completion due to the "continuously changing" conditions on site. Approaching storms have twice forced the salvors to leave the wrecked ship, but at present they are on station and working, Lomar said. Caledonian officials have suggested that the effort may not be complete until the end of October.

Media report that Ardent has been hired using the SCOPIC clause in the Lloyd's Form of Salvage Agreement. The clause guarantees the recovery of the salvor's expenses, but it reduces the maximum potential award for a successful salvage.