The global response to the environmental disaster in Mauritius is proceeding while efforts on site at the grounded bulk carrier Wakashio continued to report making progress. It however is a race against time as images from the area show the ship buckling and the cracks continuing to grow. Social media is being flooded with hundreds of images and appeals for support.

Reports from Mauritius are that the weather conditions remained stable to permit the pumping operations to continue. Both the ship’s owners, Nagashiki Shipping Co., and the charterer, Mitsui O.S.K. Lines, issued updates reporting that over 1,000 metric tons of the fuel had been pumped off the ship with an estimated 1,600 tons of Very Low Sulfur Fuel Oil and 200 tons of diesel oil still onboard. Reports say that approximately 500 metric tons were pumped from the ship on August 10.

#Wakashio update: Around 800 tons of #fuel left on board. Work's over for tonight and to resume tomorrow. As of now, the hull looks very unstable as the sea go rougher. Fingers crossed it won't break overnight and spill the remaining #oil#Mauritius #MauritiusOilSpill #OilSpill pic.twitter.com/7S9cwxsvQt

They are estimated that 1,180 metric tons has fuel leaked from the fuel tank with about 1,000 tons entering the ocean. Just under half of that oil has been recovered from the sea using skimmers and from the coastline.

In the meantime, residents and volunteers continue to work along the shoreline rescuing birds and other wildlife that has been covered with the oil. The Mauritius Wildlife Foundation is posting pictures of the animals as it works to coordinate rescue efforts and seeks donations. 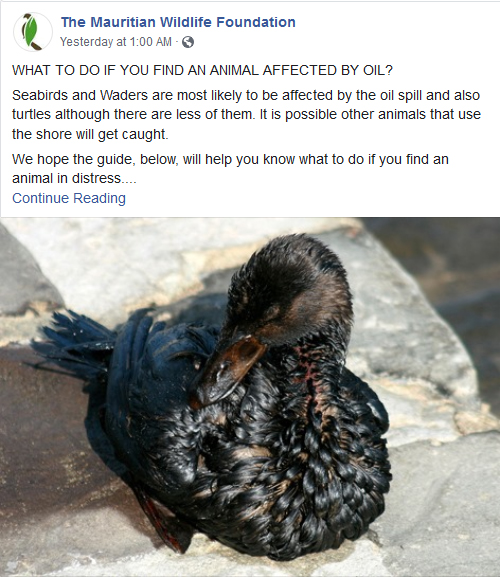 The International Maritime Organization (IMO), the United Nations Environment Programme (UNEP)/United Nations Office for the Coordination of Humanitarian Affairs (OCHA) Joint Environment Unit have jointly deployed an oil spill response expert. The UN provided a chartered airplane to get the expert to Mauritius, but there was a delay while they completed COVID-19 testing. The IMO later reported that its expert was on route to Mauritius and would arrive on August 11. In addition, MOL reported that it had sent six people to Mauritius to cooperate with and assist the local authorities. Nagashiki Shipping reported it had sent two people to Mauritius.

While it is believes that little or no additional oil is leaking from the ship currently, it continues to show signs of worsening distress. The current fear is if the ships breaks apart the two undamaged fuel tanks could rupture. The owners confirmed that their experts on site are reporting that the cracks are widening. A line from a tug remains secured in hopes of preventing the ship from drifting in high seas.

The prime minister’s office announced that a relief fund hand been launched to provide financial support for community action while local fisherman will also receive financial relief from the government. The fisherman are also being offered employment with the rescue teams. 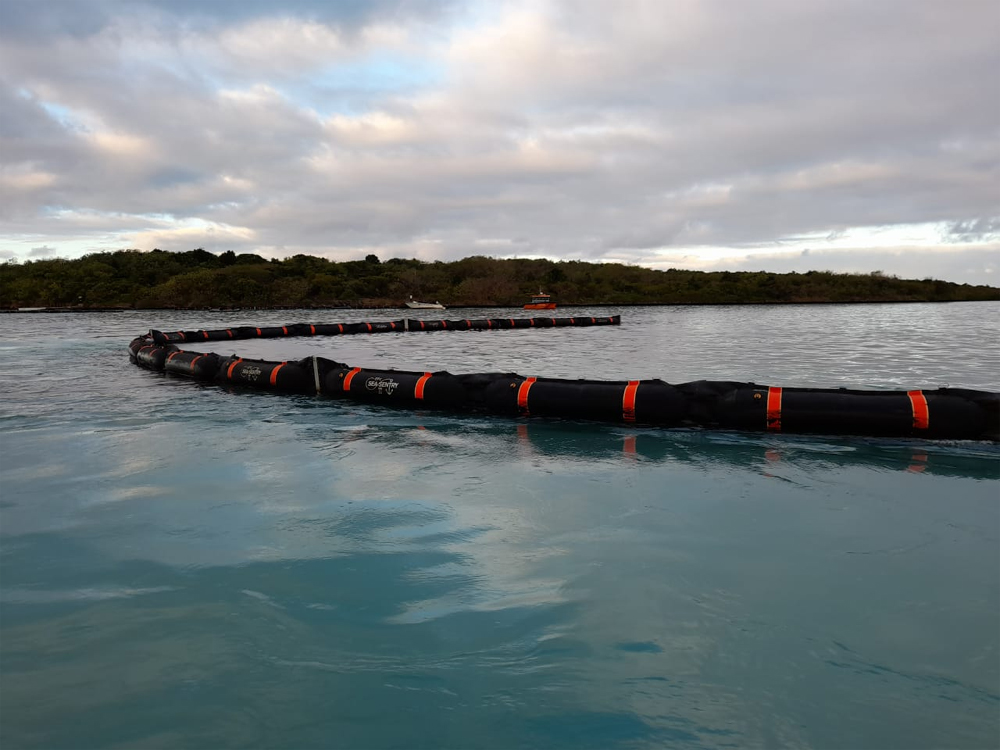