After an almost six-month freedom of information battle, the RSPCA has finally succeeded in gaining partial access to government observer reports from live export ships that left Australia in April to June last year.

The filming was undertaken by the government observers in response to whistle-blower footage released on the 60 Minutes program in April last year ago showing a voyage where thousands of sheep died of heat stress on the Awassi Express on their way to the Middle East for Emanuel Exports. Throughout the program, whistleblower footage from five separate voyages is aired depicting thousands of sheep suffering severe heat stress; sheep caked in melted feces and urine; injured and sick animals left to die slowly; decomposed bodies left in pens with living sheep and pregnant ewes giving birth and their lambs dying.

The heavily redacted government documents obtained by the RSPCA cover eight two to four week journeys, 184 days at sea and around 2,500 hours of observation and include around 83 photos of animals including sick, dead and dying sheep. The reports also refer to hundreds more images as well as hours of video that the Department has so far refused to release.

“The conditions described and photographed in these documents represent the industry on its very best behavior after the multiple disastrous journeys of the Awassi Express in 2017,” said RSPCA Australia Senior Policy Officer Dr. Jed Goodfellow. “And yet, once again, we see conditions that would absolutely horrify the average Australian and the average sheep farmer.”

The RSPCA says the notes and images contained in the reports confirm:

•      Consistent symptoms of moderate to severe heat stress observed in sheep;
•      Sheep experiencing temperatures up to 34 degrees Wet Bulb Temperature (the scientifically-validated “Heat Stress Threshold” for sheep is 28 degrees Wet Bulb Temperature), and 85% humidity;
•      Internal temperature readings of sheep measured at over 40 degrees (again, indicative of severe heat stress);
•      Over 1,500 sheep dying across the voyages from heat stress, injury and various diseases (still considered acceptable mortality rates); and
•      Multiple photos of sheep that are reminiscent of the Awassi Express evidence. 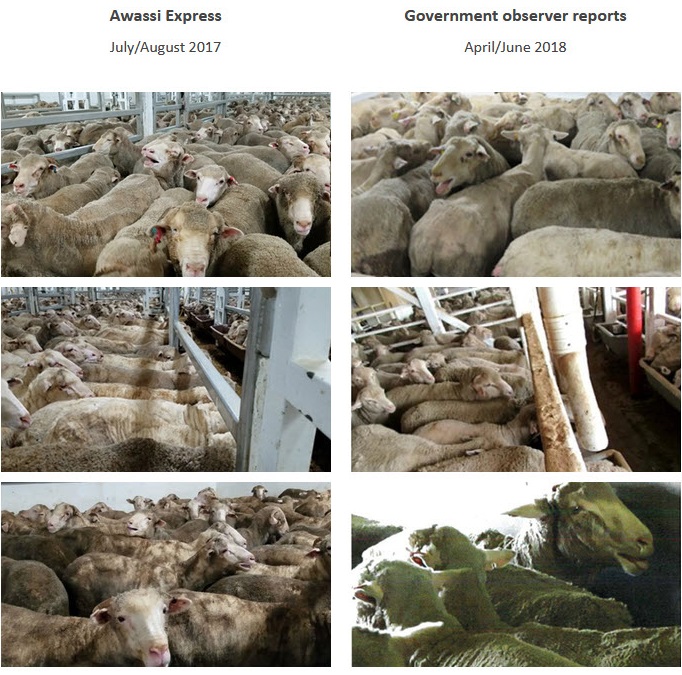 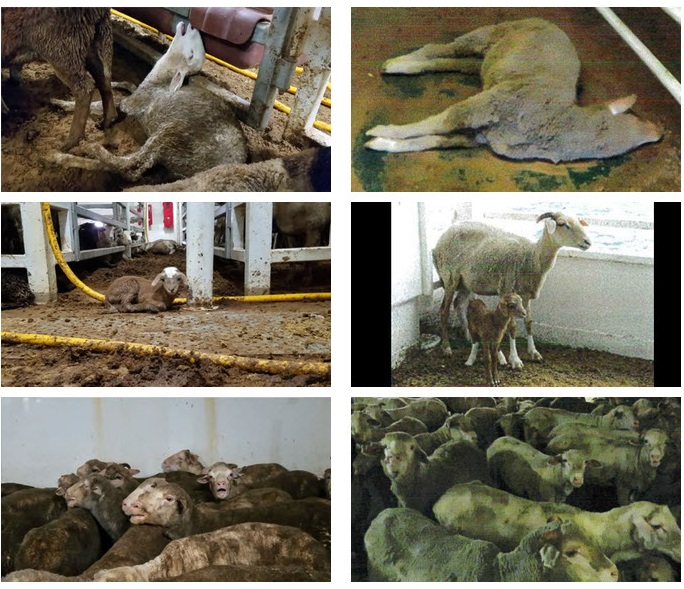 “Perhaps even more alarming than the evidence of continued suffering on board these ships are the pages and pages of redacted information, consistently where management of animals and heat stress on board are discussed,” Goodfellow said.

“The Department has also flat out refused to release the video footage taken on board the vessels, which is the only real means of truly appreciating the animals’ behavior and condition during the high heat stress periods,” he said.

“I think it’s very clear the government knows as well as we do, that the conditions on board the Awassi Express in 2017 weren’t the exception but the norm, despite the best efforts from the live export industry to discredit the footage captured from those journeys.”

The Government’s recently released Heat Stress Risk Assessment Report, developed by an independent panel of experts in sheep physiology and ship engineering, recommended changes to the industry’s heat stress model that are expected to lead to the end of the May to October northern summer trade.

The report is still out for public consultation.