Cruising will resume in Asia at the end of July, according to newly announced plans from Genting Cruise Line. According to the current timeline, this would be both the first cruises in the region and the first large, ocean-going cruise ship to return to operation.

“After months of detailed planning with the authorities to ensure the safety and health of guests and crew, we appreciate the approval for the Explorer Dream resuming cruise operations in Taiwan,” said Tan Sri KT Lim, Chairman and CEO of Genting Hong Kong.

According to Genting, due to Taiwan’s success both in limiting the number of cases and controlling the pandemic within its borders, the local authorities have taken the proactive step to reinvigorate their economy and open up tourism.

Taiwan, however, is requiring the ship and crew to undergo strict protocols before the cruising can begin. Although the majority of the crew will be from other Genting Cruise Lines ships that have been quarantined for the last three months, Taiwan is requiring that a mandatory 14-day quarantine on land after the ship arrives in Keelung on June 30. The crew will also have to receive negative test results and a further 7-day isolation period onboard the Explorer Dream for a total of 21 days before operations begin on July 26. The ship will also have to undergo a further deep cleaning during the quarantine period.

To safeguard the guests, stringent health screening processes and guidelines before embarkation, disembarkation and social distancing measures onboard will also be implemented. This will be in addition to thorough sanitization and disinfection and enhanced hygiene practices for guest cabins, crew quarters, public areas, and recreational facilities, along with safe food and beverage handling procedures.

During the suspension in cruising, Genting had developed safety protocols for its cruise operations, and working with DNV GL the Explorer Dream received a Certification in Infection Prevention for the Marine Industry. In addition, the company said it had gained experience in managing the virus from chartering two vessels to house foreign workers in Singapore. 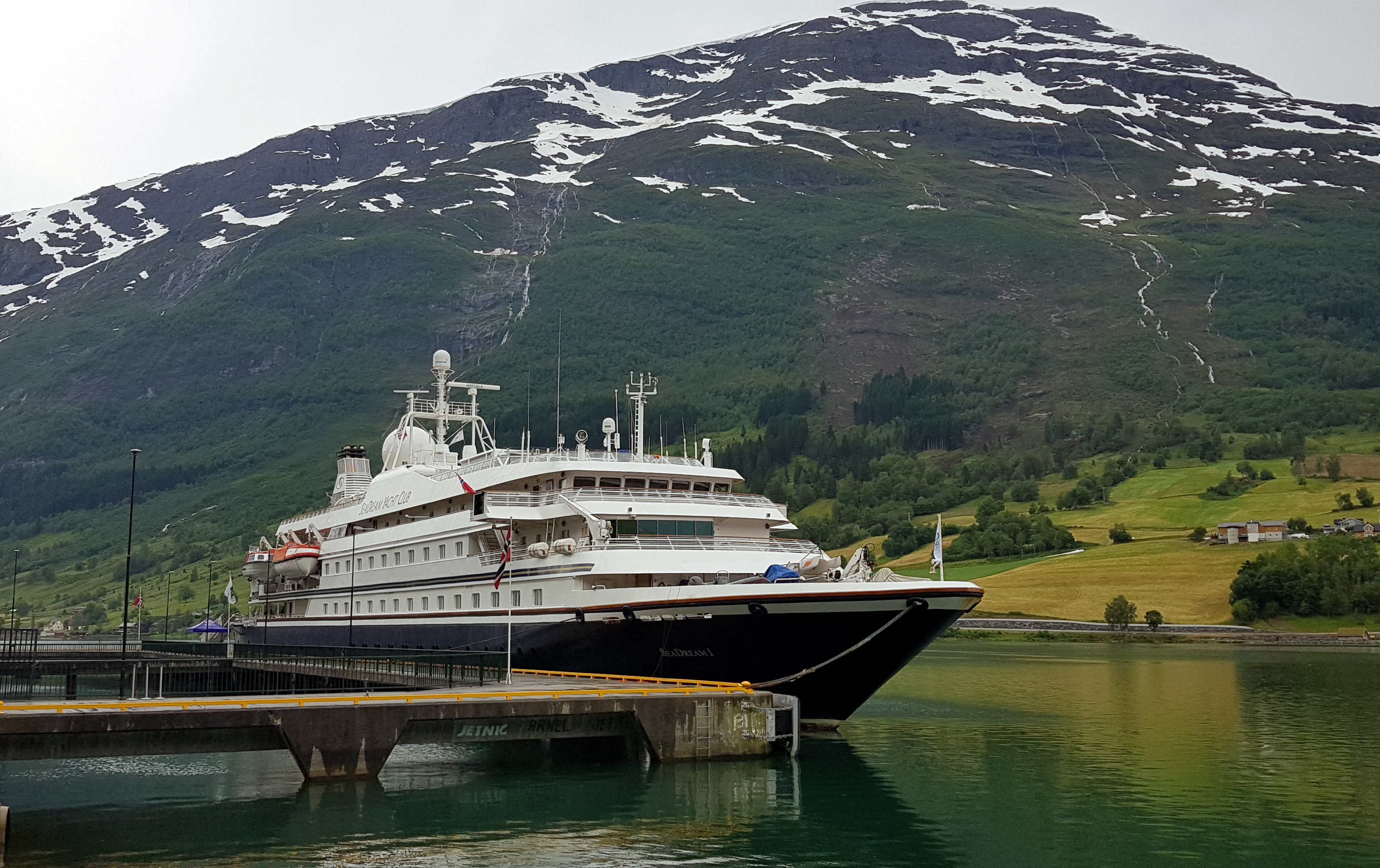 SeaDream I resumed cruises in Norway in June

While there have been reports that the Chinese domestic cruise ships were also preparing to return to service, currently Genting would be the first cruise line to resume operations in Asia. However, during June, Hurtigruten resumed its Norwegian coastal voyages and on June 20, SeaDream Yacht Club resumed cruising with its 112-passenger small, luxury cruise ship the SeaDream I.

SeaDream had been scheduled to be operating in the Mediterranean but due to the virus announced plans to reposition of their ships for nine Norwegian coastal cruises. The company reported that demand was so strong for that program that they decided to also reposition their second cruise ship to Norway for the summer.

These ocean cruises follow the resumption of river cruising in Germany and Europe. In the United States, several cruise lines continue to target resuming their river cruises in July but he pause in ocean cruising was recently extended till mid-September.