T&T Salvage installed the fifth lifting lug on the wreck of the car carrier Golden Ray on April 24 in St. Simons Sound, Georgia.

In total, 16 lugs are scheduled to be installed with two lugs installed on each of the eight sections of the vessel. The lifting lugs will be used as a connection point between the rigging of the VB-10,000 twin-gantry catamaran and each section of the Golden Ray. The lugs are designed to distribute the weight of each particular section during the cutting and lifting operation.

The 20,000 dwt car carrier partially capsized on September 8, 2019 while heading outbound from the Port of Brunswick, Georgia. Thanks to the efforts of first responders and U.S. Coast Guard helicopter aircrews, all crewmembers were rescued safely, including four individuals who were trapped in the vessel's engine room.

Coast Guard Cmdr. Norman Witt, Cmdr. Efren Lopez and several members of St. Simons Sound Incident Response salvage team visited the Silver Ray, sister ship of the Golden Ray, during it’s port call in Brunswick on April 21. The visit allowed them to familiarize themselves with the Silver Ray's internal structure and systems, which are similar to those of the Golden Ray, in order to identify concerns and develop contingency plans to mitigate potential issues. 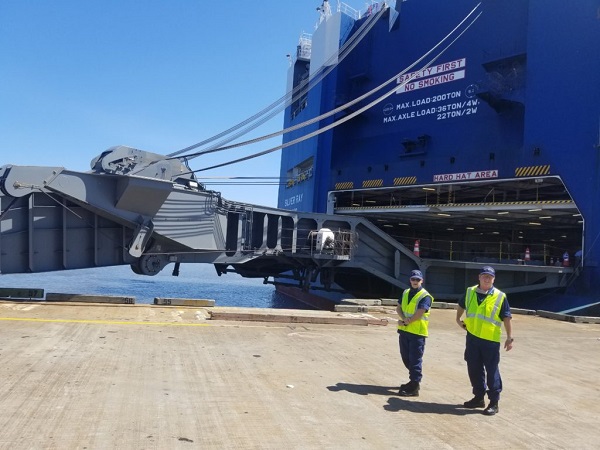 Personnel from T&T Salvage tested the fire prevention system on board the Golden Ray on April 22. 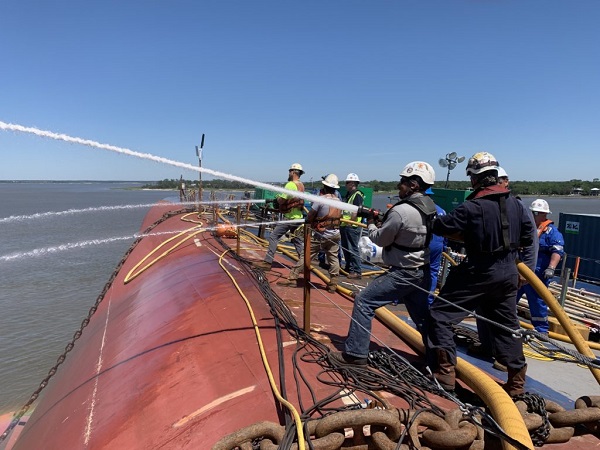 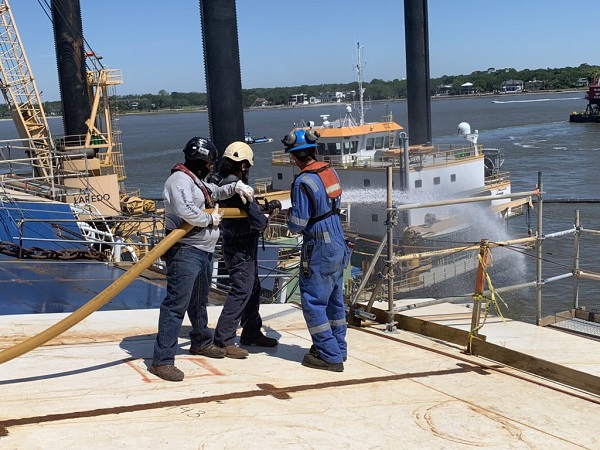 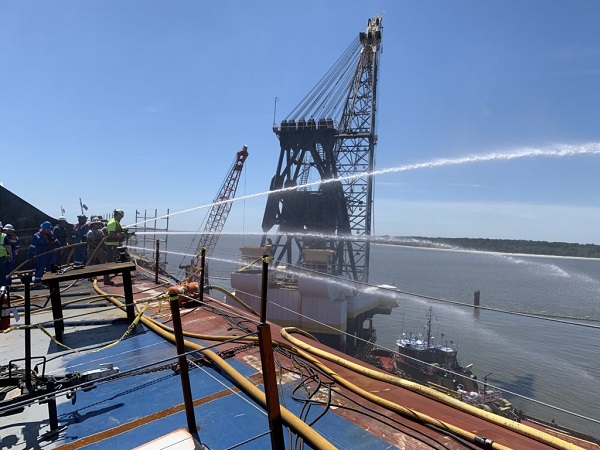 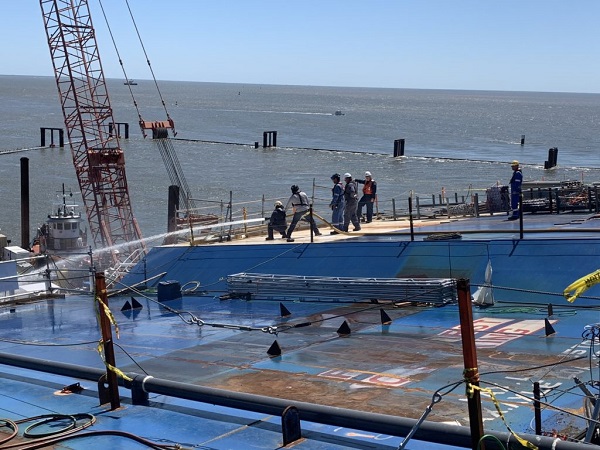 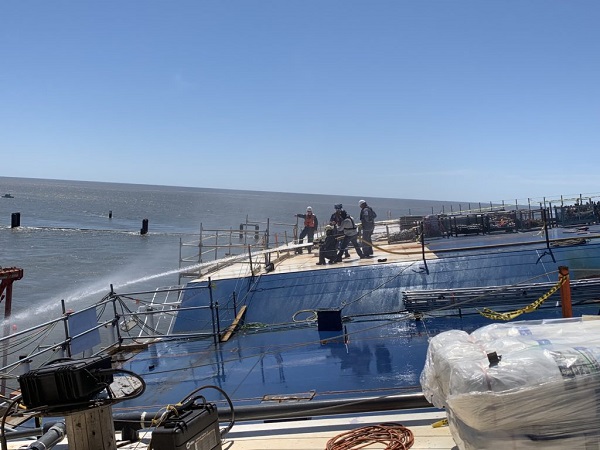