On Thursday, salvors on the Golden Ray wreck removal project in St. Simons Sound, Georgia began work on the sixth cut through the vessel's hull. The last cut was completed on July 1, and the team has used the intervening three weeks for hoisting and removing the fifth section, then conduct a thorough overhaul of the cutting gear aboard the heavy lift barge VB 10,000.

Meanwhile, a debris removal team with a crane and grapple have pulled 46 vehicles and two moveable deck sections from the bottom near the wreck. The debris was loaded out onto a deck barge and will be transported to local scrapyards for recycling.

With commencement of the sixth cut, the team is narrowing in on the end of the project at long last, after months of delays caused by broken cutting gear and a larger-than-usual fire inside the hull. (Fires and spills were an expected part of the removal plan.) Just three sections and two cuts remain until the Golden Ray is gone from Georgia's waters. 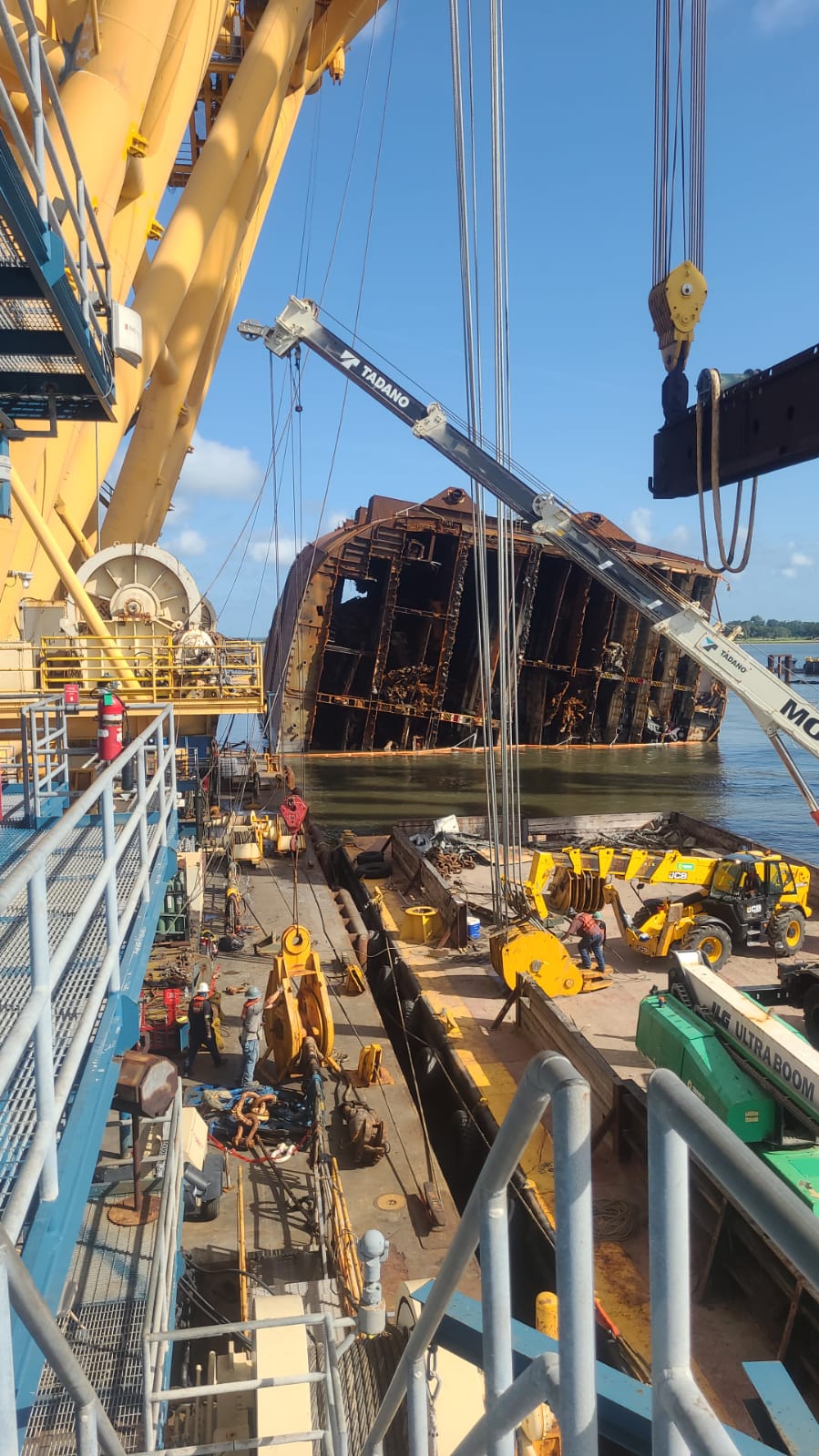 Shoreline crews continue to hunt down and remove drifting debris from Golden Ray and her cargo, along with a wide variety of other waste, from construction debris to post-consumer plastic trash.

The Golden Ray went aground and partially capsized in Georgia's St. Simons Sound in September 2019. During an outbound transit in calm conditions, a routine turn to starboard turned into an uncontrolled runaway maneuver, ending with the vessel aground and resting on her side. Lt. Ian Oviatt, a staff engineer at the Coast Guard Marine Safety Center, told the NTSB that the vessel had taken on too little ballast for her cargo load. “The cause of the vessel capsizing was lack of righting energy due to the way the vessel was loaded,” Oviatt testified before an NTSB panel last September. “The vessel could have taken on additional ballast to be in compliance.”