On Friday, the Coast Guard held a commissioning ceremony for the new cutter Daniel Tarr, the service's 36th Fast Response Cutter, at Sector Field Office Galveston. The Tarr is named after decorated WWII coxswain Daniel Tarr, who was one of four Coast Guard coxswains who served with the U.S. Marine Corps during the amphibious invasion of Tulagi, Solomon Islands in August 1942. 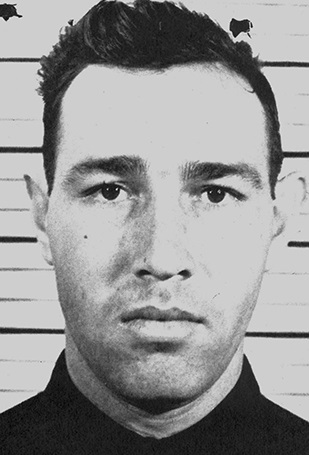 Tarr (left, USCG image) enlisted in the Coast Guard as a surfman, and he became coxswain of the high speed transport USS McKean’s Boat Number 1 prior to the invasion. On August 7, 1942, Tarr, along with McKean's other three coxswains, landed the first wave of the Marine Corps’ Raider Battalion on the beaches of Tulagi. Over the following three days, they also delivered vitally needed equipment, ammunition and supplies. For their role in the landing of the Marines’ first wave and the capture of Tulagi, the four coxswains were awarded the Silver Star Medal. They were the first enlisted men in the Coast Guard to receive the Silver Star.