The Mardi Gras is the fourth LNG-powered cruise ship delivered to Carnival Corporation, which currently has a total of 10 LNG ships on order from Meyer and Fincantieri. The first cruise ship to run full-time on LNG was the AIDAnova delivered two years ago and built by Meyer in Papenburg, Germany. Last December, Costa Cruises took delivery of the second LNG cruise ship, this one built in Turku, and the third was the Iona recently delivered to P&O. Like the Mardi Gras, the Iona has yet to enter service due to the pause in the cruise industry.

Eight of Carnival’s LNG cruise ships are being built on a common platform. Each of the four cruise lines that will be employing these ships, AIDA, Carnival, Costa, and P&O, are customizing spaces for the individual markets. The common centerpiece of the design is a three-deck-high atrium with floor-to-ceiling windows. Carnival is also adding specialty dining venues from chefs Emeril Lagasse and Guy Fieri as well as sports celebrity turned entrepreneur Shaquille O’Neal. Carnival’s attention-getting passenger amenities include the first roller coaster at sea and six entertainment zones.

“We are delivering a beautiful and highly advanced ship with world-class technology such as LNG propulsion, to name just one,” said Tim Meyer CEO of Meyer Turku. “With these sophisticated systems, she will be one of the most environmentally-friendly ships to sail the North-American waters. I am very proud of our team of shipbuilders and would like to thank everyone involved for their dedication during the building process.”

Construction of the Mardi Gras began with the ceremonial steel cutting on November 15, 2018. Assembly work begun in June 2019, but the delivery date for the ship was delayed from August to October 2020 due to technical issues at the Turku shipyard. She was moved from the building dock in January 2020 and went on sea trials in September. Carnival had planned to introduce her in November 2020 sailing from Port Canaveral, Florida.

“We value our partnership with Meyer Turku, which has worked closely with us to deliver a beautiful ship that our guests will love,” said Christine Duffy, president of Carnival Cruise Line. “Mardi Gras’ technology, venues, and accommodations will make this a game-changing vessel in North America. With this delivery, we can now focus our collective efforts on the building of her sister ship, Carnival Celebration, which will arrive from Turku in 2022 in time for our 50th birthday.”

Carnival chose to honor its history with the names of these sister ships. The Mardi Gras carries the name of the line’s first cruise ship which started the company’s operations in March 1972. The sister ship’s launch has been timed to be part of the company’s milestone fiftieth anniversary.

Carnival entered into a long-term agreement with Port Canaveral to hompeport the first LNG ship at the central Florida port. To accommodate the ship, and the LNG fueling process, a new terminal was built in the port. Separately, Carnival entered into an agreement with Shell to supply the LNG from newly built LNG bunker barges for both the Mardi Gras in Port Canaveral and the Carnival Celebration, which is due to enter service in 2022 from PortMiami.

Saying that the recent spike of COVID in Europe had made it difficult to staff the ship and prepare it for operations, Carnival postponed the Mardi Gras’ maiden voyage till April 2021. The Mardi Gras is expected to depart Turku later this month to begin her voyage to the U.S. to meet the requirements of the CDC. Like all new cruise ships arriving in the United States, she will also undergo a U.S. Coast Guard inspection before she can enter service. 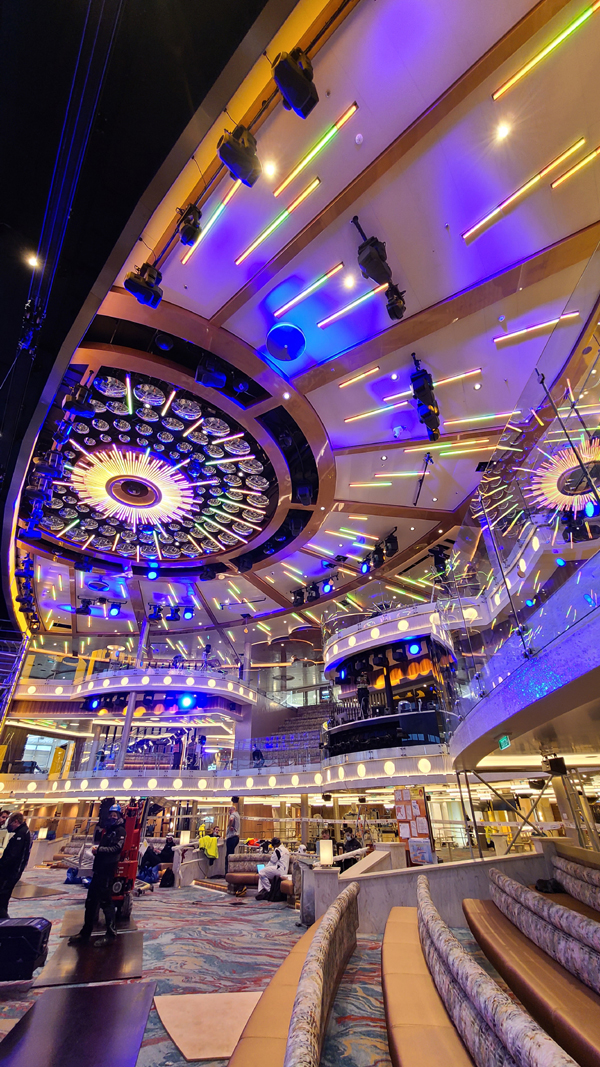 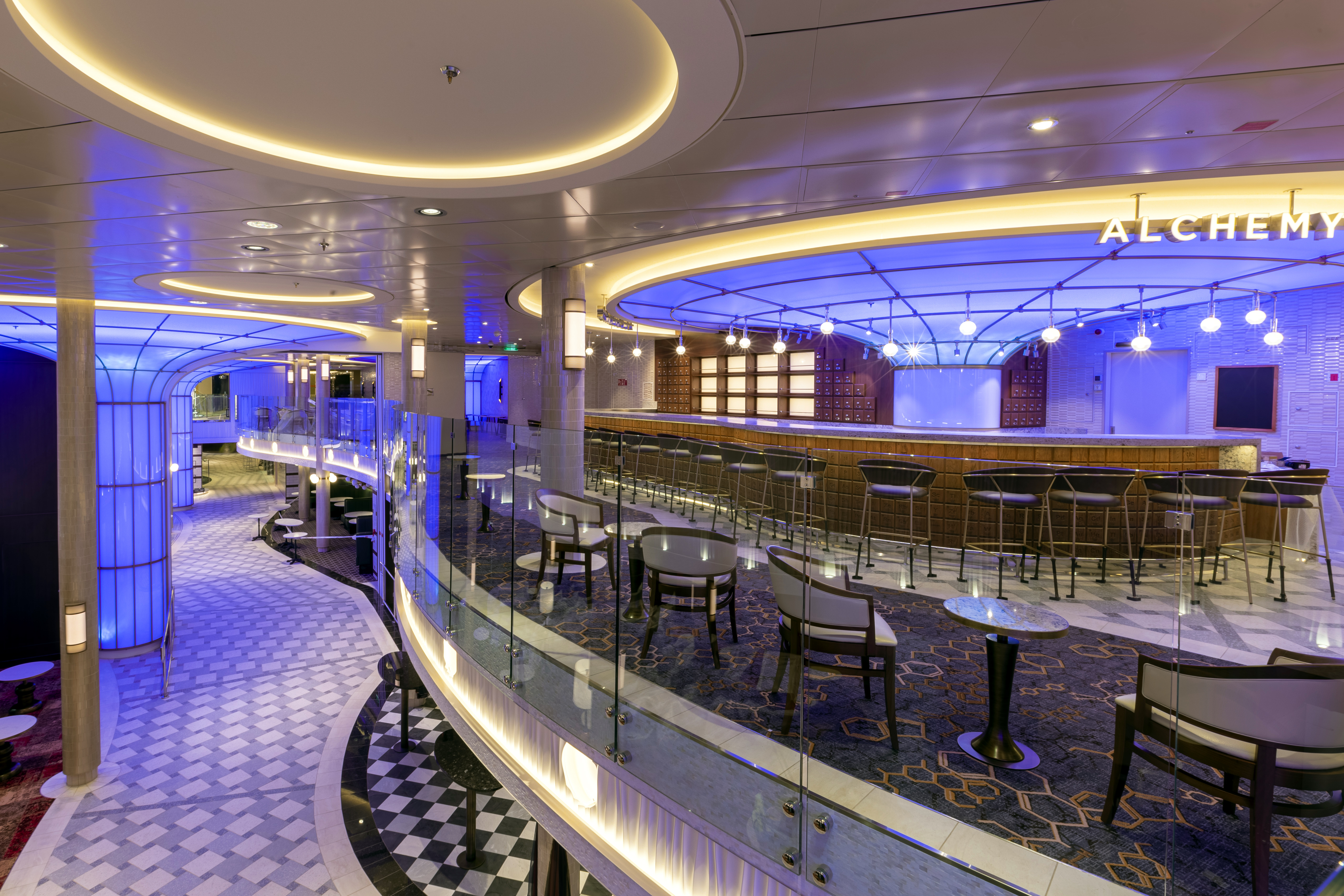 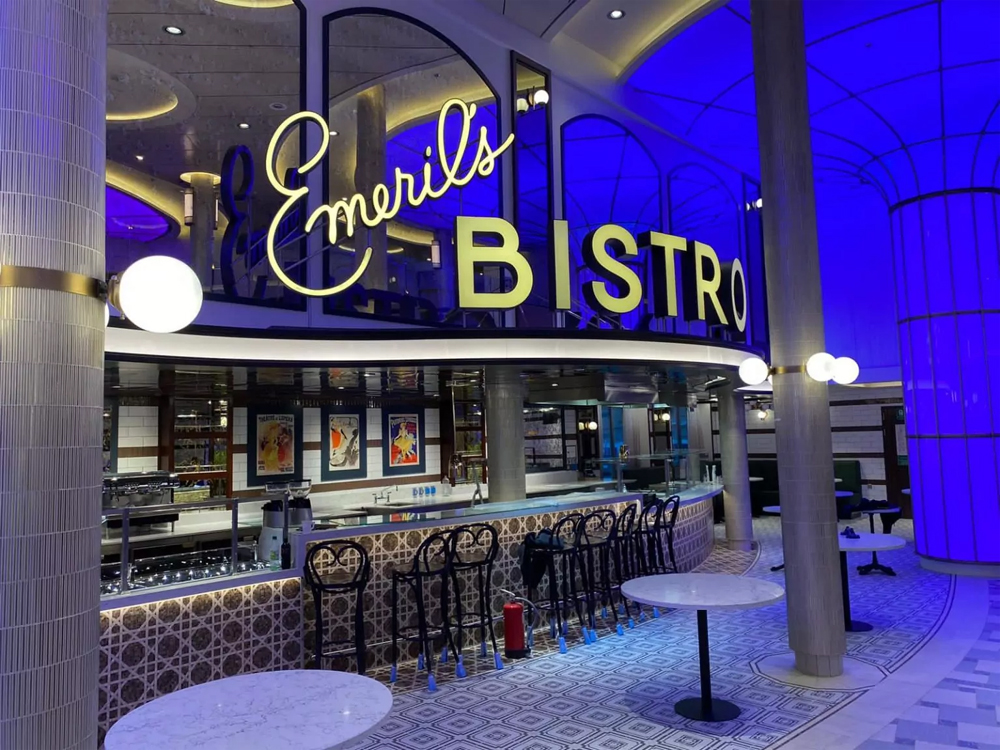 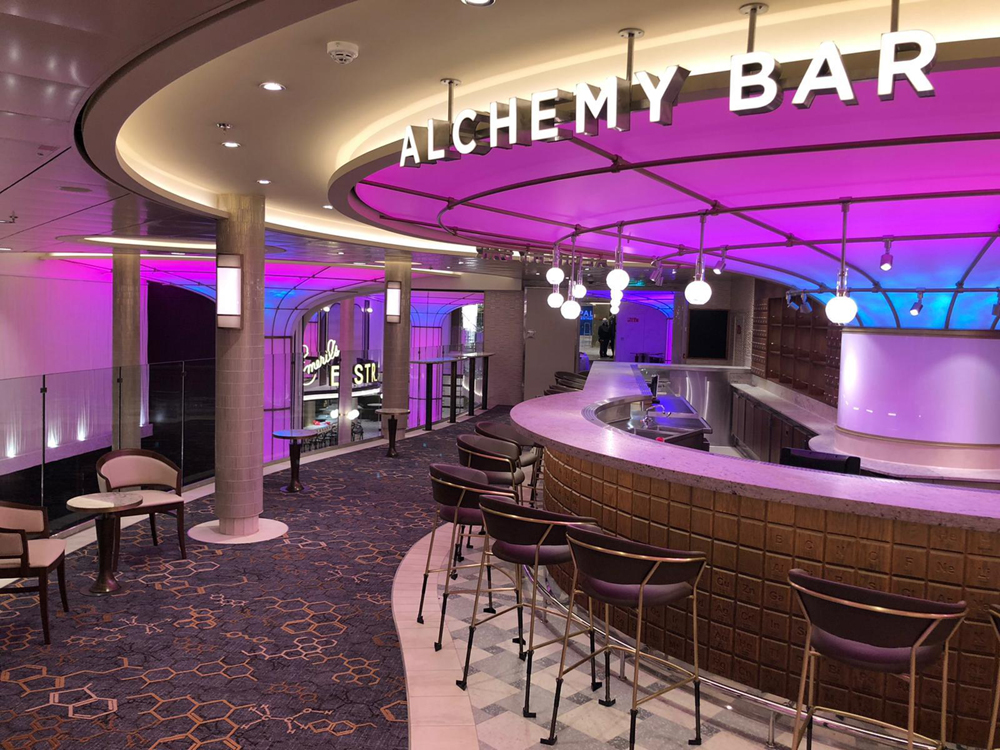 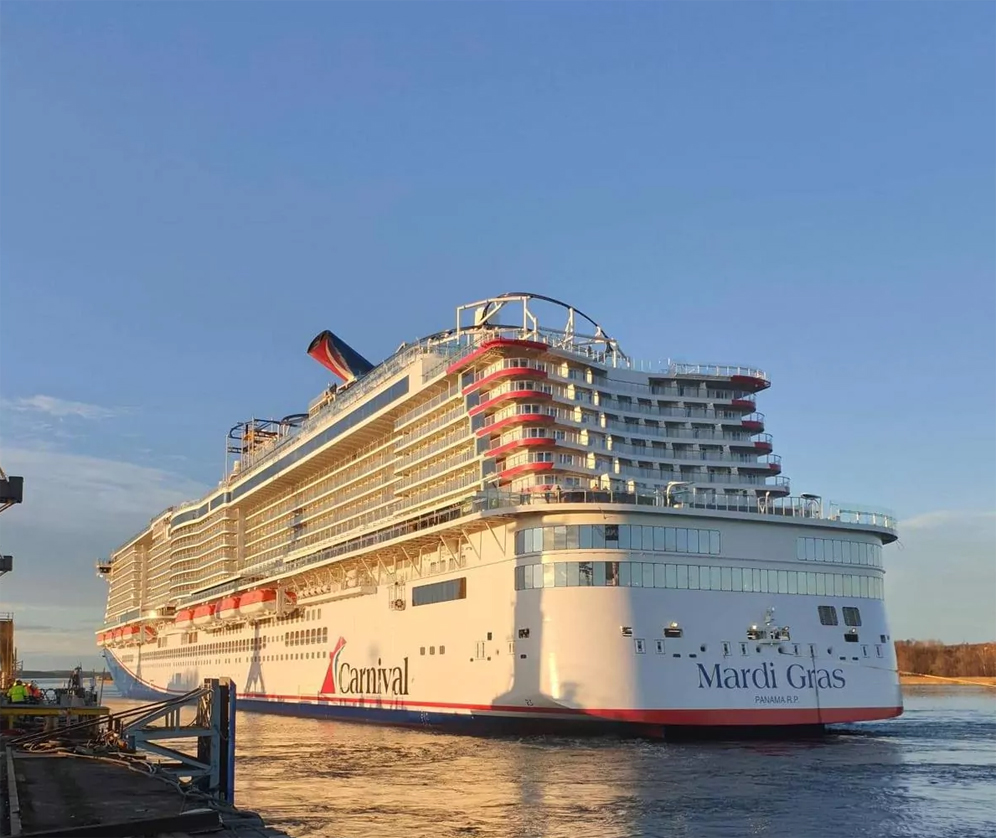