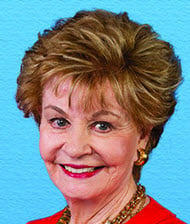 The bill, with Representatives Raúl M. Grijalva (D-AZ), Aumua Amata Coleman Radewagen (R-AS), and Suzanne Bonamici (D-OR) as original cosponsors, would add the Secretary of Commerce (NOAA Fisheries) to the President’s existing Interagency Task Force to Monitor and Combat Trafficking in Persons, in response to the growing prevalence of human trafficking, forced labor and human rights abuses within the global seafood supply chain.

In June 2018, the U.S. State Department’s Trafficking in Persons Report identified more than 40 countries with substantial human trafficking and forced labor across their seafood industries and supply chains. This is especially prevalent in southeast Asia and the south Pacific, where illegal, unreported, and unregulated (IUU) fishing is a widespread problem. Since 2016, U.S. Customs and Border Protection has detained 15 shipments of seafood processed illegally in mainland China by North Korean workers under forced labor.

Bordallo also sponsored the bipartisan Illegal, Unreported, and Unregulated Fishing Enforcement Act of 2015 (Public Law 114-81), which passed both the U.S. House of Representatives and Senate unanimously and was signed into law on November 5, 2015.

“The United States must combat human rights abuses across the global seafood industry and ensure that American fishermen are never expected to compete against foreign imports produced with slave labor,” said Bordallo. “Increasingly, we are seeing foreign fishing fleets forcing vulnerable people who are trafficked, drugged and coerced to fish around the clock out of fear for their lives. I am pleased to have the support of my Congressional colleagues on this bipartisan legislation to increase federal action against the global crimes of human trafficking and IUU fishing.”