The Thor Heyerdahl International Maritime Environmental Award was launched in 1999 by Thor Heyerdahl (1914 - 2002) and the Norwegian Shipowners’ Association. The prize recognizes candidates from the shipping industry that have made an outstanding contribution for the environment.

To qualify for the award, candidates must have demonstrated exceptional technical innovation and environmental work in correspondence with Thor Heyerdahl’s spirit for the conservation of the marine environment. Emphasis will be placed on measures that combine environmental benefits with improved profitability. 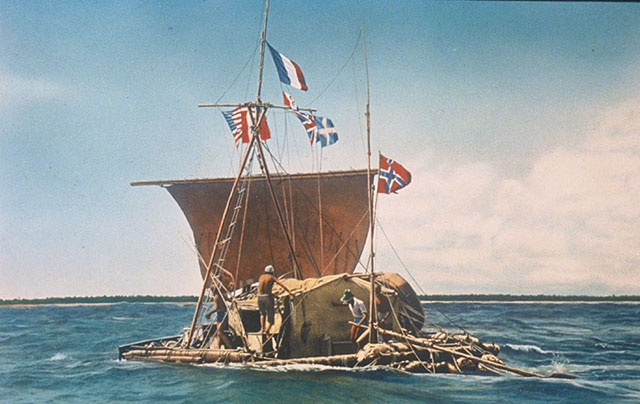 Kon-Tiki - the raft used by Norwegian explorer and writer Thor Heyerdahl in his 1947 expedition across the Pacific Ocean from South America to the Polynesian islands.

All proposals will be reviewed by an expert committee, chaired by Peter Hinchliffe, Secretary General of the International Chamber of Shipping (ICS).

The prize will be presented to the winner at the NSA Annual Conference in Oslo in March 2014.