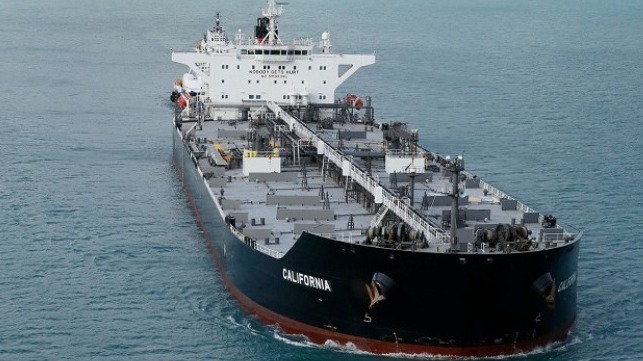 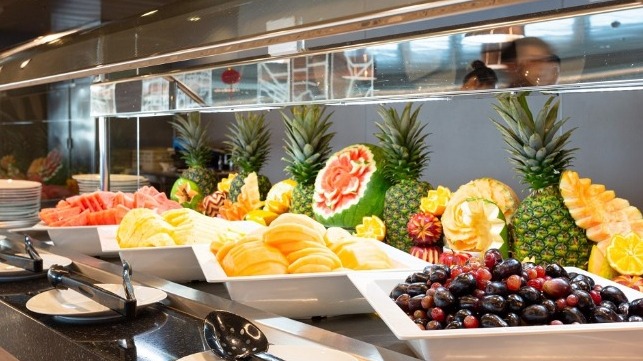 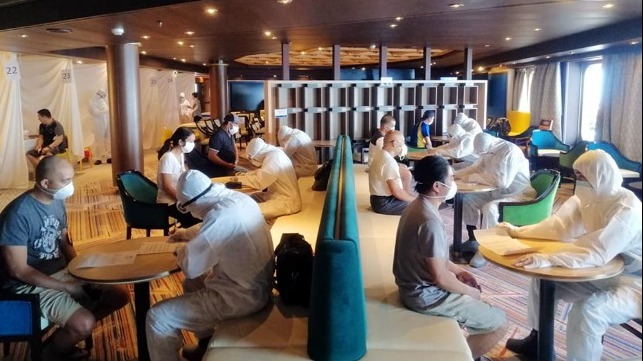 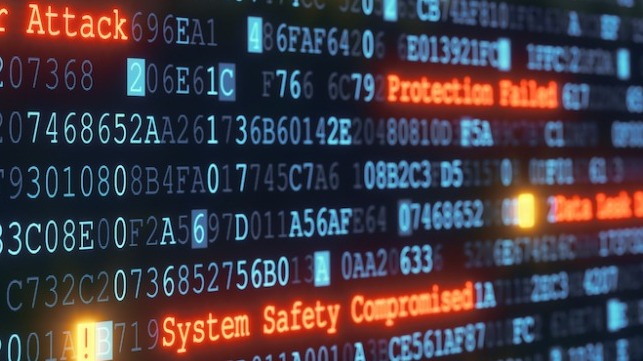 Workboat companies hunker down as demand for their services falls.

It’s no surprise that everyone’s expecting a long, hard winter. In the words of brokers Fearnley Offshore Supply, it’s likely to be “the most depressing winter season in years.” Both the platform supply vessel (PSV) and anchor-handling tug supply (AHTS) markets have been severely hit during the last year and a half as the demand for drilling support services plummets. Rig fleet utilization – a key determinant of workboat demand – sat at roughly 90 percent eighteen months ago. At last count, it was 70 percent, and that doesn’t include all the rigs that have been cold-stacked or scrapped.

The fact that the support vessel fleet increased by about 150 PSVs and 70 AHTSs in the last year hasn’t helped. Needless to say, the competition for contracts is fierce. A recent tender from Total Angola received over 100 vessel offers as did another from Tullow Ghana. Both are expected to be accepted at below breakeven levels for the vessel owners.

The newbuilds keep coming, albeit at a slower rate than would suit Chinese shipyards. Tidewater, for example, recently reduced its newbuilding obligations with Guangxin Shipbuilding & Heavy Industry. According to Seabrokers, of nine remaining orders Tidewater will now take delivery of just two AHTSs and two PSVs.

Layups are making the news almost daily as rig utilization drops: Farstad Shipping in Norway, a major North Sea operator, announced the layup of two PSVs and three AHTSs. CEO Karl-Johan Bakken regretted the subsequent layoff of 100 employees: “Even if it looks dark now, we know there will be better times. We have been through heavy storms before. My number one target is to see us return to a strengthened position with our vessels and employees back in business.”

Competitor Deep Sea Supply of Norway also put ships into layup. Of its seven PSVs operating under bareboat charter contracts, five have been cold-stacked. Financial reports indicate that, in September, the average day rate for Deep Sea Supply’s PSV fleet was approximately $13,000 per day compared to $14,200 in August. Rates for its AHTS fleet fell to $14,700 per day from $20,700 in August, an even steeper drop.

Fearnley says that vessels in layup are being bid, and some are winning contracts, but the subsea market is also down and impacting OSV owners adversely. The subsea market is expected to drop 30 percent between 2015 and 2016, and market analysts are concerned that there are few prospects for 2017 and 2018. If subsea activity doesn’t pick up before 2019, operators will need to undertake drastic cost cuts to avoid going belly-up, says Fearnley.

Once a prize sector for the industry, Brazil is also failing the market. Scandal-plagued and technology-challenged Petrobras is cutting costs and releasing vessels at the end of their contracts. The number of chartered-in vessels has already been reduced by thirty to forty, and a similar number of contracts is expected to finish by the end of the year.

There are also problems in Brazil’s shipbuilding sector. Singapore-based Swire Pacific Offshore (SPO), despite its long-term commitment to the area, has cancelled orders after losing confidence in a Brazilian yard’s ability to deliver. However, SPO’s vessel-building contracts in other countries are proceeding as planned, and the company took delivery of the PSV Pacific Grackle from Japan Marine United in September. Pacific Grackle is the fourth of 10 vessels in the company’s G Class series.

Earlier in the year the company also took delivery of the AHTS Pacific Centurion and the PSV Pacific Goldfinch, another G Class vessel. SPO will take delivery of an additional five PSVs in 2015 and another four during 2016 and 2017. The 4,000-dwt G Class vessels are suited to a wide range of supply duties. Their efficient hull form and bulbous bow ensure optimal fuel efficiency, and SPO optimistically says the new PSVs are ready to meet increasing market demand.

In contrast, Singapore-based Harald Paulsen Løvik, General Manager of Fearnley Offshore Supply Asia, says that rigs completing their drilling programs around the region are heading to Labuan and Batam for layup or to Chinese yards for scrapping.

“We are facing a situation where oversupply is a factor that is contributing to lower utilization and reduced day rates,” he says. “Reports differ on the size of the looming PSV fleet sitting in Chinese shipyards awaiting a home: Is it 50? Is it 100? Is it more? While the precise number is impossible to corroborate, all commentators agree with the principle: It’s a lot. This looming fleet is worrisome to many, particularly the existing PSV owners in and around Southeast Asia.”

Tenders for long-term business are few and far between and cannot be considered a viable route to market for 100 ships, says Løvik. “When the need arises or the requirement strikes, a buyer is faced with a pool of 100 vessels from which to choose. Of course commercial terms will drive vessel selection, but quality and maintenance will become increasingly important. Inspection reports for many of the looming fleet have been deteriorating for some time and, as each day passes and another vessel joins the fleet, the ships that have been looming the longest look the worst.”

Were all 100 ships to be delivered, the market would take a massive beating. “But given the financing restrictions and falling demand for ships,” Løvik added, “we suspect that the fleet may continue to loom, rather than deliver, until perhaps many cease to be workable at all.”

Singapore-based EMAS Offshore is among the lucky few winning new contracts. The company announced agreements and extensions in Asia and West Africa in October worth $33 million. Captain Adarash Kumar, EMAS Offshore’s recently appointed Chief Executive Officer, says the company continues to focus on West Africa, where it has sustained winning momentum. “Our strategy to focus our bidding activities in West Africa will allow us to increase penetration in this market while maintaining dominance in Asia amid this muted oil and gas environment.”

Kumar expects near-term pressure on oil and gas service providers to continue. Operators can expect to experience intense price competition on charter rates and a tapered rate for vessel utilization. “This will inevitably have an impact on the group’s operating and financial performance,” he explains. “However, we continue to adopt measures to strengthen our balance sheet and conserve cash. We are focused on opportunities for our offshore assets and accommodation and support services and, barring any major long-term disruption, we will be able to benefit from an eventual upturn.”

But it won’t be easy. “In the face of significant volatility and weakness in the oil price environment,” Kumar adds, “we have taken additional steps to reduce costs, targeting a further reduction of 10-20 percent on vessel costs and general administrative expenses. We will continue to streamline the fleet, potentially looking to dispose of smaller-tonnage vessels and strengthening the balance sheet through monetization of certain assets.”

In the U.S., an optimistic Harvey Gulf International Marine (HGIM) is looking to improved environmental performance as a strategy. The company put Harvey Power, its second LNG-powered vessel for Shell Upstream America’s deepwater operations in the Gulf of Mexico, into service on a five-year contract in October. The vessel is the second of six LNG OSVs being built by the Gulf Coast Shipyard Group in Gulfport, Mississippi.

Capitalizing on the growing interest in LNG, CEO Shane Guidry has launched a new affiliate, Harvey Shipyard Group, to manage its shipbuilding assets. Harvey Shipyard Group is acquiring both the Gulf Coast Shipyard in Gulfport and Trinity Yachts in New Orleans from the Gulf Coast Shipyard Group. “These acquisitions will position Harvey Gulf as America’s only builder, owner and operator of dual-fuel offshore supply vessels,” said Guidry. “The duel-fuel vessels we’re building and our LNG bunkering facility are indicative of HGIM’s commitment to develop and utilize the safest, most environmentally-friendly vessels and fuel technology available today.”

Innovation is underway elsewhere as well. ALP Striker is the first of four ultra-long-distance AHTSs being built by Japan’s Niigata Shipbuilding & Repair for ALP Maritime Services of The Netherlands. The 89-meter, dynamically-positioned vessel was launched in October with others in the series to follow next year.

ALP Striker has a fuel capacity of 3,500 tons and can perform non-stop trans-Atlantic/Indian Ocean as well as Pacific Ocean tows without refueling. In addition to long-distance towing, the vessel can be used for anchor-handling, positioning and mooring. Based on the Ulstein SX157 design, the vessels in the series will be powered by four 18,000-kW engines and feature two controllable-pitch propellers with nozzles to boost propulsive efficiency. Environment concerns are an important part of the design, and the vessels will be built to DNV GL’s “Clean Design.”

Environmentally-friendly designs do not guarantee success. Norway’s Noryards Fosen shipyard declared bankruptcy in October despite a special project of its own. In June, together with charterer Boa IMR and engine manufacturer Wärtsilä, it launched a new vessel concept, NY 120, which promised the lowest fuel consumption on the market. However, Boa cancelled its order for the vessel in September, plunging Noryards Fosen into bankruptcy.

Fearnley Offshore Supply predicts the market will continue to deteriorate with lower day rates and even more unfavorable terms for vessel owners. Demand will drop as exploration and production spending drops 10-15 percent from 2015 to 2016.

Like all winters, though, spring will follow. The question is when. Despite all the bad news, market research and consulting firm Mordor Intelligence expects the global OSV industry to grow from $39.4 billion in 2014 to $69.34 billion by the end of 2020. – MarEx

This Friday, June 5, 2020, is the 100th anniversary of the Jones Act, the fundamental law of the American maritime industry. This centennial arrives at an extraordinary time for our nation—in the middle of a historic pandemic. In many ways, the pandemic has illustrated why America needs a strong domestic maritime industry and laws like the Jones Act. I have seen first-hand how American maritime has responded to this crisis, and I am so very proud to be associated with...

We are in the middle of a paradigm shift, a true disruption in most aspects of our social lives; from meeting friends, going out, exercising, working to travelling. Covid-19 has brought many a lot of grief, but on the positive side, it is also working as a catalysator and an engine for creativity, innovation, and progress. If a pandemic occurs again, we will be prepared. The cruise lines are working on new...