In early July, the largest floating dock in the Baltic states was permanently installed at the Western Shipyard owned by BLRT Grupp in the port of Klaipeda, Lithuania. It has already accepted its first vessel for repairs.

This floating dock can accommodate Post-Panamax, Panamax and Aframax vessels with a length of 235 meters, width of 45 meters and lifting capacity of 33,000 tons. It was acquired by BLRT Grupp in 2016, and it has been reconditioned and modernized. 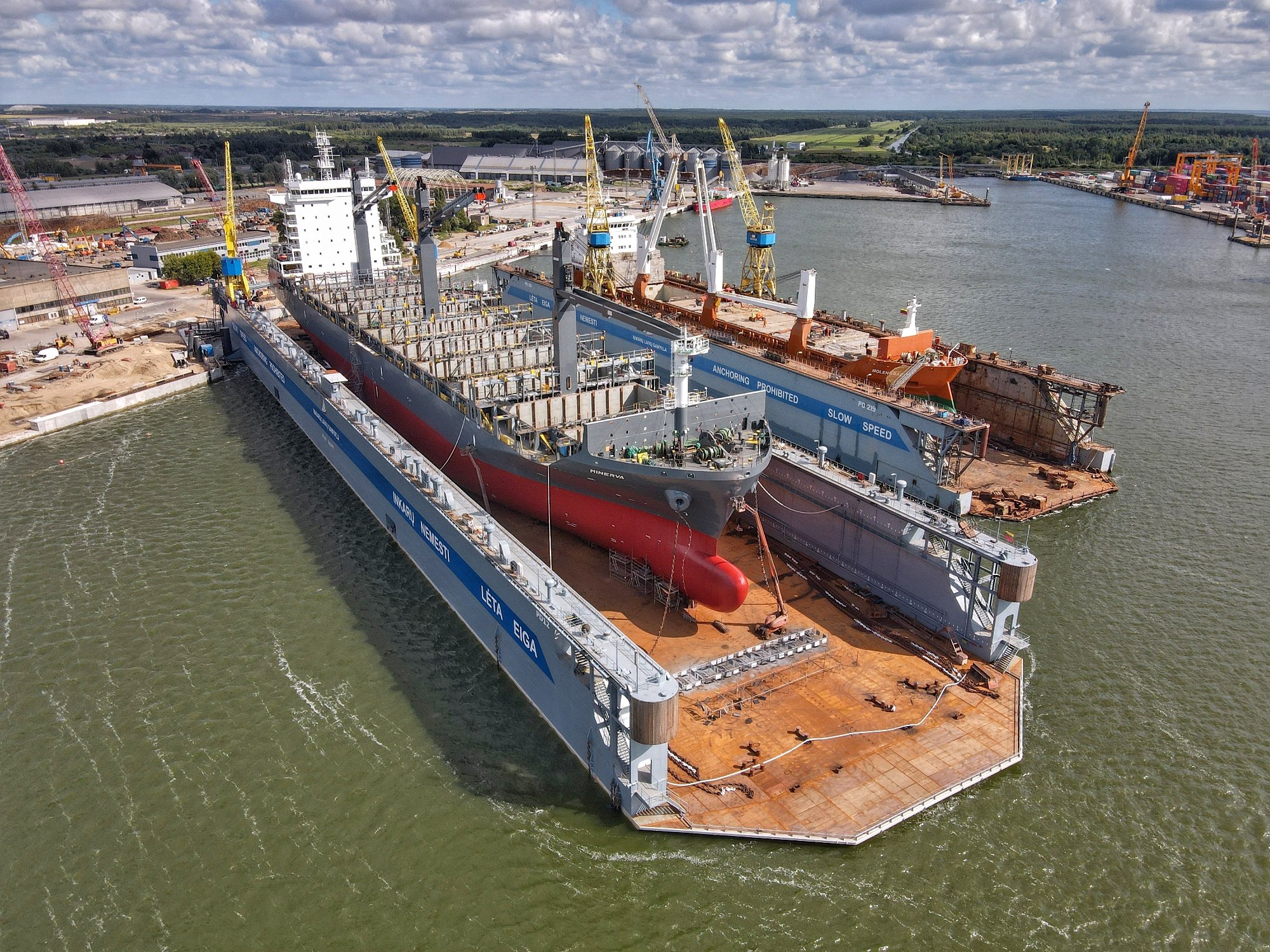 Minerva in a floating dock at Western Shiprepair, one of BLRT REPAIR YARDS (Klaipeda, Lithuania)

The first vessel accepted by the largest floating dock in the Baltics was Minerva, a 189-meter-long and 30.5-meter-wide container ship managed by the Bernhard Schulte Shipmanagement Cyprus (BSM). The vessel underwent mandatory repairs to meet the requirements applicable to the vessels of that class. Specialists of the Western Shiprepair, one of BLRT REPAIR YARDS, completed the project within just 12 days.

Over the past several years, BLRT Grupp has invested over $120 million to increase the competitiveness of Western Shipyard Group companies and to develop its capacity in Klaipeda. Implementation of a multimillion-dollar project was possible thanks to cooperation with the Klaipeda State Seaport Authority, which also invested in port infrastructure, ensuring the safe handling of ships up to 300 meters in length. All these measures will significantly enhance the operating conditions for both Western Shipyard Group companies and for other operators active in this port area.

A reefer ship sailing between Russia and Sweden collided with a Russian navy frigate in fog off the coast of Denmark. The full extent of damage to the ships is unclear, but there are no reports of injuries aboard either vessel. The 14,500 dwt Ice Rose, a Marshall Island flagged reefer ship operating for Maestro Shipping, was sailing in the Oresund channel when contact was made with the Russian vessel. The Danish Defense Force’s Joint Operations Center issued a brief...