Sidiky Diarra, 38, from Bamako, the capital city of Mali, is married with three children. Two of his sisters live with him as well. He has had no formal education. His mother is very sick, and his father dead.

An intern for the U.K.-based charity Human Rights at Sea in Mali interviewed Sidiky to find out his reasons for wanting to cross the Mediterranean Sea and get to Europe:

What is your quality of life like in Mali?

I am in a real difficult life condition; feeding, accommodation, my mother got a surgery in Kayes she is in the hospital, my family back in Kita village are starving because last year the harvest was not good, I have no money to help them, none of my brother is working, and my father is dead last year in a horrible condition in front of me just because I had not money to treat him to the hospital.

I am now living in someone’s building site that is about move out there because he wants to continue his building. My family and I have rarely the three daily normal foods: breakfast, lunch and dinner. I have always eyes full of tears when I sit down alone and think about how my family is suffering and my mam’s sickness. 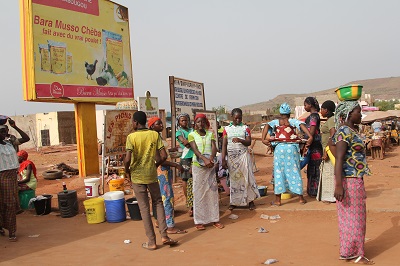 I do not have a regular income which can permit me to tell you how much I do earn in the month because I am hired in someone’s welding work place then pays me daily according the number of client we can get in the workshop. But, generally he pays me 1,500 CFA ($2.50) a day. Imagine two euros for feeding six people! There is some day I have nothing, and during such days, it is black day for my family, no food.

To be honest, I would like to get a welding job, which can remunerate an amount of 125,000 to 150,000 CFA, equal to 230 Euro ($250). Or I need an amount which can permit me to set my own welding work shop which requires a lot of equipment. If I will get either these two options, I can say I am in paradise in Mali.

What is the education like for yourself and your children?

Education is a main gate of independence, because educated person has more chance to get a job than someone who is not. If he has a job, I think he can confirm he is independent, and able to help his parents. He or she can have a better understanding of the world and could be able to educate well his children as well. 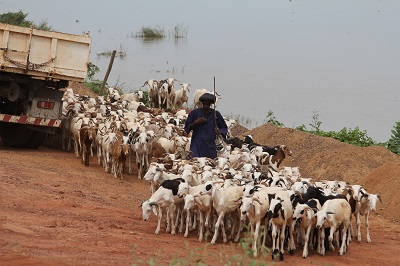 It is a great sorrow for me not to have means to support my children to continue their education, if I had means I would have invested 50 percent of my money in their education, so as they would not suffer like am suffering today.

I can even say the fact of being underpaid by my boss is due to the lack of education for me, because if I had a certified diploma in welding I would have been employed by a big welding company.

What are your current prospects for jobs?

My prospect for job is always welding job, because I have no other job qualification. In Mali, is very hard to get employed by a real welding company, and I do not have a fund to set my own workshop. In my estimate, 750,000 CFA = 1,150 Euro ($1,270) I can open my own welding workshop and be very happy.

What do you want out of life for you, your children, brothers and sisters?

What I do want out of life is known. To build a comfortable shelter for my family back in the village, take care of my mother who is old today, to get a flat for my own family, sent my children at school up to the highest level, employ or open opportunities for my sisters and brothers and mainly helping those who might be in my current condition of life. 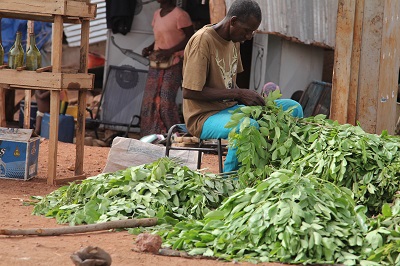 Are you thinking of leaving Mali and migrating to another country? If yes, to which country and why?

Yes, I am planning to migrate north to Europe. For the time being my final destination in Europe is not known, either in Italy or in France, because I have lots of friends who are living in there, and I always see how well they are helping their parents back in Mali. Why do I remain in this suffer knowing that my friends have succeeded in migrating? I will also try my chance!

What would make you stay in the country?

Only three things would make me stay in Mali again: to get a job which pays well, or set my own welding business and the third thing that I am not wishing to happen, is sickness.

Are you aware of the dangers in migrating North to Europe, or other African Countries? What do you think those dangers are?

Am well aware of the dangers in migrating, thanks to my friends who have experienced some of the dangers. Bandits, crooking, hunger, dehydration in the desert, shipwrecks, or get used by some mafia in Maghreb to get more money from European. Example in Morocco, there is a group of young people which exists a “group of mon ami” a name given to migrants by Arabs in Morocco, to get shipped in the sea even if the migrants are not ready to pay money. It is like a free shipment just to cause shipwrecking and let them get in Spain as many as possible. Then the E.U. will give money to Morocco to control the migrants in his land. Thus, when the money is finished again they will send more migrants’ convoys into Spain. They are using migrants as items! 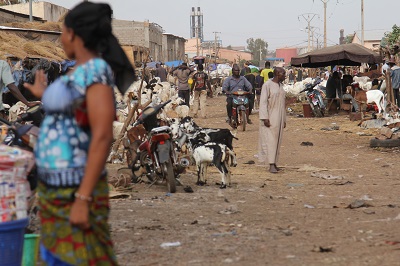 Are you aware that you will need to pay human traffickers to get you into Europe?

Of course we need to pay them, but in this condition I cannot save money for my transport. I am planning to get to Morocco or Libya, get there a job and save money for shipment in the sea.

Are you aware that they are criminals and that they do not respect your human rights, or care if you live or die?

Some of the traffickers are criminals. They don’t care about migrants’ life in their boat; they overload the boat at 60 persons in one which could take 25 or 30. The engines for the boat can only take four to eight litres of petrol. Sometime in the middle of the sea, they run out of petrol or their boat breaks down or sinks in, just because they do not care about the passengers but their money.

I have not been on the sea, but I have all the information and advises from my friends in Italy, France and Spain. In 2005, my friend who is in Spain said, during their convoy composed of three boats, two sank in the sea due to overload of passengers. He could see some of his comrades dying in the sea, but the boat owner got rescued by his comrade who was the owner of the boat in which my friend was. He left the migrants drowned.

How much do you think it will cost each person to cross in to Europe?

According to my friend in Spain each person should pay 500,000 CFA ($850) to cross Mediterranean Sea.

How would you afford to pay the trafficker’s charges?

We will pay the traffic charge before getting into the boat and then from there will destroy all of our ID papers or any other sign which can identify our origin. The only thing we may have on us by crossing the sea are our single clothes and the phone number of our friends in our head. In this way in case when we get arrested by the patrols they will either accept us or take us back to an African country where we think it is better than our own homeland. Example:  instead of getting take back to Mali, I would rather say am a Mozambican. 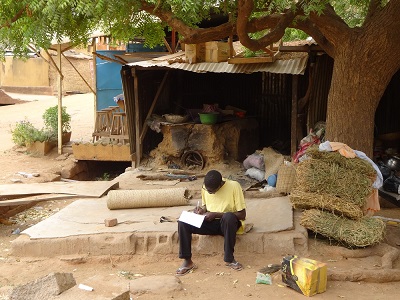 Are you aware of the large losses of life for migrants during crossing the Mediterranean Sea?

I am well aware of the large number of losses of life in the sea by migrating to Europe. The way death cannot prevent people to make baby, dying in the sea also can never prevent us to go to Europe. In my village four young men from the same family drowned in the Mediterranean Sea from the same boat sink in 2008. In 2005,  two men from our village are declared lost: Tonton Kamissoko and Male Kamissoko in attempt to migrating north to Europe.

Do you think you would be rescued if your boat sank at sea?

Yes, I do think we will get rescued if our boat sinks at sea, if we are lucky.

All the information I am giving to you, are from my friend who experienced the cases in migrating to Europe. He said that there are some coast guard planes that sometimes save migrants’ life when they are in danger in the sea. One of my friends in Italy said when their boat sank at sea, five of his comrades and him have been taken to the edge of the sea thanks to the stream and got stuck the rock for three days in the rock. Three of them died, he and two other got saved by the coast guard plane, and today he became a regular resident in Italy.

What would you do if you were returned to the country from which you came from?

I would try my chance again if I got returned back to Mali unless I set my own welding workshop.

How do you think you will be treated when you reach your final destination?

I think I will be well treated, if I behave in a good manner and lucky. 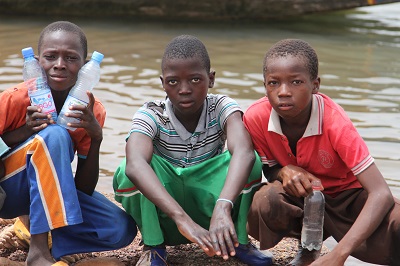 What are your expectations for accommodation, education and jobs when you reach your final destination?

One thing is clear. When I get to my final destination I sleep on the roadside or under bridge the first two or three days before my friend picks me up. And from there we will manage together to get a job and accommodation for me. There is always solidarity between Malian wherever we are.

Is such a dangerous journey worth the risk and why?

Yes, it is worth to risk such a journey, because when I stay here in this current condition, nothing will change and my family and parent keep suffering. While if I get over to Europe, I am sure to relief this suffering.