The driving force behind shipping can be attributed to many factors, but the driving force behind the ships themselves is arguably their propellers. Research into improving this vital component has been virtually constant since its inception. While their size and shape may have changed over the years, NAB (Nickel Aluminum Bronze) is still by far the material of choice.

The use of NAB as a material provides many advantages in terms of strength, however there are other factors to consider. Copper itself is an exhaustible mineral, and the reserve-production ratio for copper that is available in the mining industry is estimated to reach its limit over the next few decades. Demand from increased construction in emerging countries and futures trading of the material have also driven up the price of copper worldwide. The economic aspect alone provides enough of an impetus to search for a new raw material that can provide a substitute. 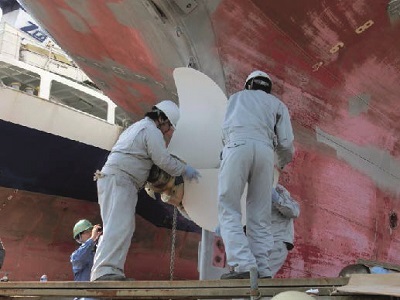 At the same time, the industry is also looking at ways to improve operational efficiency. Although owners are now enjoying lower oil prices, they are faced with increasingly stringent environmental regulations that require substantial reductions in emissions. Cutting fuel consumption through improved efficiency continues to be the most sustainable option for the industry.

Composite materials are increasingly being used for their strength and corrosion resistant properties, proving to be a feasible alternative to NAB. In particular, glass fiber reinforced plastic (GFRP) and carbon fiber reinforced plastic (CFRP), both of which are composite materials, have already been used in fields such as aerospace, automobiles and wind power generation, and their scope of application has been further expanded due to their advantages.

Fiber reinforced plastics offer another key advantage: their lower mass make them significantly lighter than their conventional metal counterparts. On the face, the benefits seem fairly obvious, lighter materials are cheaper to transport and assemble. Most importantly however, if this material could be applied to propellers, would its lower mass produce any reductions in operational costs? Are there any other benefits that could be gained using this material? The first question can be easily answered. Lightweight composition allows for larger blades which increase propulsive efficiency and consequently save fuel. 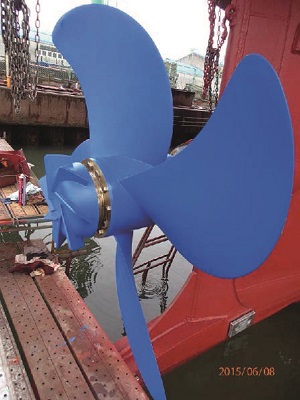 ClassNK has been at the heart of efforts to see if the advantages of fiber reinforced plastics could be transformed into a workable reality for commercial shipping, as part of its overall research and development program. Within its Joint R&D for Industry Program Nakashima Propeller Co., Ltd. led a project with partners including the University of Tokyo, Japan’s National Maritime Research Institute (NMRI), Imabari Shipbuilding, NYK Line, and Monohakobi Technology Institute (MTI), to develop a propeller using CFRP as its main blade material. After a variety of tests on a newly proposed design, the CFRP propeller was approved for use on commercial vessels.

While the use of CFRP propellers as a solution for the very largest of ships remains to be seen, the early signs are promising. Sea trials on Taiko Maru confirmed that the shaft power required by a merchant ship featuring a CFRP propeller was reduced by 9 percent compared to conventional metal propellers at the same cruising speed. It was also reported that the use of the propeller resulted in a noticeable decrease of onboard noise caused by hull vibration, most likely attributable to the greater flexibility of the propeller blades which distribute flow pressure evenly across their surface to greatly lower the occurrence of cavitation.

Based on the knowledge obtained through this joint R&D project, ClassNK also summarized the requirements for the approval of the manufacturing process for composite propellers and the testing/ inspections in the world’s first Guidelines on Composite Propellers (Part on Manufacturing/ Product Inspection).

With further research and data on how the propeller works in real operations, the uses of CFRP propellers could be extended to larger vessels in the future. While no assumptions can be made yet, the future is bright for CFRP propellers. 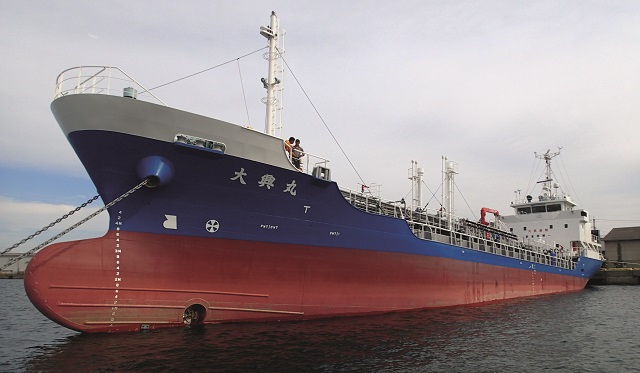 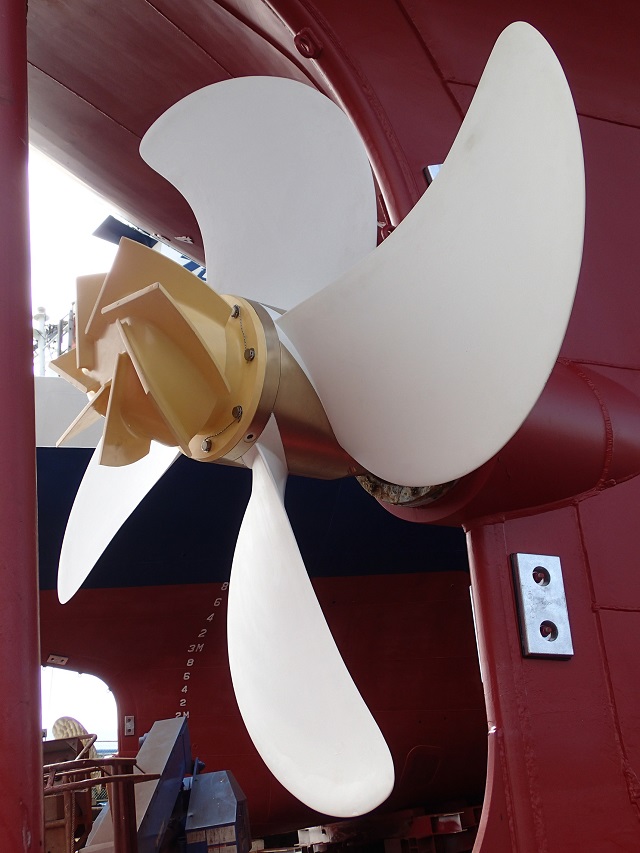