Ocean Group is pleased to announce that it has been awarded several contracts in British Columbia in various sectors of its activities. After more than three years of presence in Alberta, Ocean Group is now extending its services to the Canadian west coast.

“It goes without saying that a great deal of development work has been carried out on the Canadian west coast and that we are constantly monitoring business opportunities with a view to establishing our services there in a viable manner. However, we can already say that Ocean Group is present from coast to coast,” said Jacques Tanguay, President and CEO of Ocean Group. 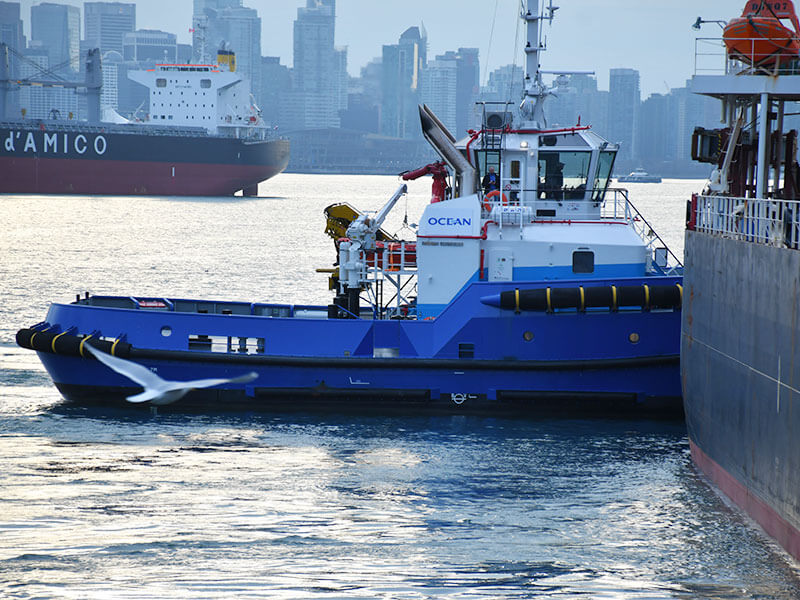 Ocean BC Towing Inc, a related corporation of Ocean Group, will now provide harbour towing services in the Port of Vancouver. In preparation for this first breakthrough in Western Canada, Ocean Group has acquired two new 28-metre tugs newly built at a Damen shipyard in Vietnam. These tugs will be added to the existing fleet and will be assisted by another tug in the fleet, the OCEAN STEVNS. In total, three state-of-the-art tugs will provide harbour towing services in Vancouver, following the signing of a service contract with Cargill Limited in Canada. 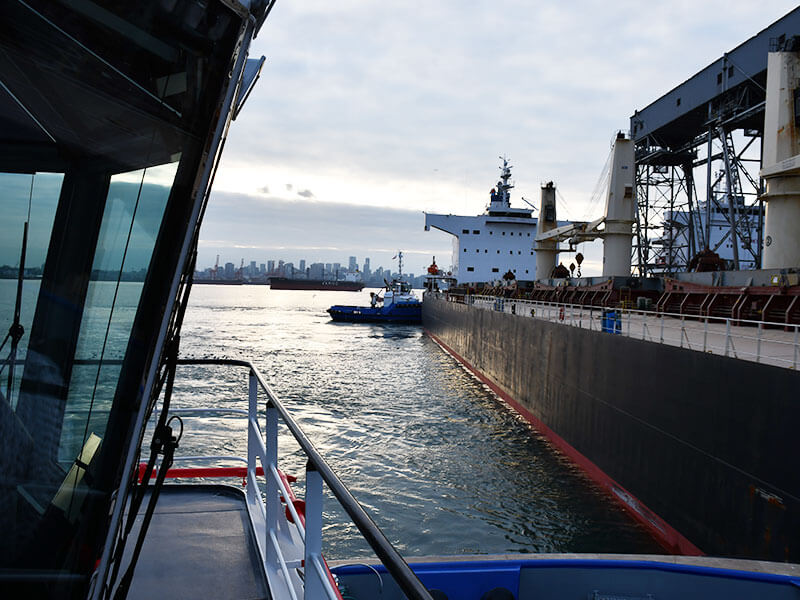 Ocean Dredging DM Inc, a related corporation of Ocean Group, has won the most important mechanical dredging contract in its history. The work to be carried out will consist mainly of marine dredging, subsea shoreline infilling, riprap and marine habitat compensation, including the construction of artificial reefs, for Coast Tsimshian Northern Contractors Alliance (CTNCA). The CTNCA will construct a 5.4 km road in Prince Rupert, BC to connect two facilities at the Port of Prince Rupert, Ridley Island and the container terminal on Kaien Island. The work is estimated to take approximately three months for dredging and three to four months for riprap, working 24 hours a day, seven days a week.

In addition, Ocean Marine Works Inc, a related corporation of Ocean Group, made a breakthrough in Western Canada last June by renting container barges to various clients in British Columbia for wharf construction projects. A few months later, we have close to 40 of these barges on lease from these same clients.

This article is sponsored by Ocean Group.