BIMCO Analyst: Cool Down of Globalization Will Make Us All Poorer 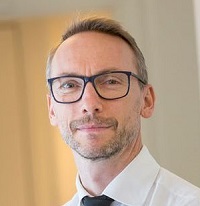 Peter has worked for Statistics Denmark, compiling public accounts and doing international statistical work in relation to the European Union and United Nations. He then joined D/S NORDEN and during the rise and fall of the dry bulk markets, Peter gained experience in the fields of executive assistance, care-taking of investors and the art of transforming financial data and shipping statistics into analysis, presentations and reports. Later on he worked with CSR with a focus on sustainable shipping. Peter left D/S NORDEN as Senior Analyst and member of the Corporate Social Responsibility Board and joined BIMCO in 2009. He holds an MSc in Economics from the University of Copenhagen.

U.S. vs China trade war - what are the most probable opportunities for seaborne trade?

Overall it depends on whether you focus on liner shipping or tramp shipping as well as the implications for the short, medium or long term. For liner shipping we have seen U.S. retailers stock up, prior to the implementation of the tariffs. For Chinese importers we have generally seen demand go down. As the latter is the backhaul leg, the impact on the shipping industry is not that important. But for the frontloading of goods to the U.S., a more quiet off-season is expected to counterbalance that effect. We are going to see that over the coming four months, leading up to the Chinese New Year in early February 2019.

For the longer term, in case the trade war goes on, other far eastern manufacturing hubs may emerge. But making changes to existing supply chains is absolutely not what most people want in the industry – not to mention that it's far from straightforward doing it.

For tramp shipping (mainly dry and wet) the most probable opportunities are changes to trade lanes that causes sailing distances to go up. We have not seen much of that yet. The upside must also be considered in relation to trading potentially bringing shipping into a much different position than “normally” expected. This may also add to the challenges of the shipping industry. Of course this only goes for all other dry commodities such as raw materials which are dug out of the ground. That is why agribulks are at the center stage. For the longer term, land designated to produce for instance soya beans may change. Farmers in today’s key producing countries may decide to produce more or less.

Additionally, importers may have the option to outright reduce imports – as they may have used too much of a given product (like soya, which may be the case for Chinese pork farmers). It easily becomes quite a complex matrix to keep track on which commodities may be substitutes for one another.

The flip side of the coin is that seaborne shipment of commodities may go down. When the price for a normal good becomes more expensive, the demand for it goes down. Seaborne shipping is all about normal goods.

The main challenge is still “uncertainty.” What if your ship is carrying a cargo that the cargo owner suddenly decides not to discharge – as the conditions for the imports have changed. A new tariff may have been added in between buying the cargo and the intended discharge of it. Another challenge is that globalization -as we know it- may cool down somewhat, because high tariffs (general barriers to trade) makes production of a commodity viable at home – making imports redundant.

What long-term adverse effects do you foresee if the trade "crossfire" intensifies?

The cool down of globalization is most critical. It will make us all poorer, as we will produce and consume sub-optimally. No one wins in a trade war, we are all losers in straightforward economical terms.

Following the change in pattern of U.S. exports of crude oil, what is the likely scenario for 2019?

In spite of not being an official part of the trade war between China and the U.S., it took the center place all of a sudden as export data for the month of August surfaced. Down from being top buyer of U.S. crude oil, no exports were recorded to be heading for China in the month of August. Put into perspective, it’s indeed a negative to crude oil tanker tonnes-mile demand when the longest trade lane of them all: from Gulf of Mexico to Far East is being substituted for much shorter hauls in the Atlantic Basin - going to other destination in the Americas or heading for European destinations.

We are now looking forward to see the September exports data shortly. Freight rates out of the U.S. Gulf have been firm in October, indicating that the balance, at least for now, is in favor of shipowners. The upswing comes after three quarters of terribly low levels of freight rates for crude oil tankers in 2018.

BIMCO does not expect the trade war to end any time soon. This means that “disruptions” such as what we have just seen may be repeated at any time. There really is no likely scenario for 2019 when it comes to U.S. exports of crude oil to China. A trade war moves business beyond “as usual.” Watch out for the policy developments.

BIMCO is monitoring the trade developments closely – and will report to BIMCO members and wider industry interests on the impact of the elevated barriers to free trade have on the global shipping industry.

What do you anticipate will happen with freight and bunker prices?

The freight rates are a function of supply and demand – that will remain. If demand is growing at a slower rate going forward, the fleet growth must adjust too – to avoid the negative impact of overcapacity.

For bunker prices – I don’t see much impact from the trade war yet. IMO 2020 may add a cloud of extra uncertainty to it, but for the time being, bunker fuels are not a hostage of the trade war, not official – not unofficial.