Across the United States, dams generate hydroelectric power, store water for drinking and irrigation, control flooding and create recreational opportunities such as slack-water boating and waterskiing. But dams can also threaten public safety, especially if they are old or poorly maintained. On May 21, 2020, residents of Midland, Michigan were hastily evacuated when two aging hydropower dams on the Tittabawassee River failed, flooding the town.

I’m an ecosystem scientist and have studied the ecology of salmon streams in the Pacific Northwest, where dams and historical over-harvest have drastically reduced wild populations of these iconic fish. Now I’m monitoring how river herring are responding to the removal of two derelict dams on the Shawsheen River in Andover, Massachusetts.

There’s growing support across the U.S. for removing old and degraded dams, for both ecological and safety reasons. Every case is unique and requires detailed analysis to assess whether a dam’s costs outweigh its benefits. But when that case can be made, dam removals can produce exciting results. 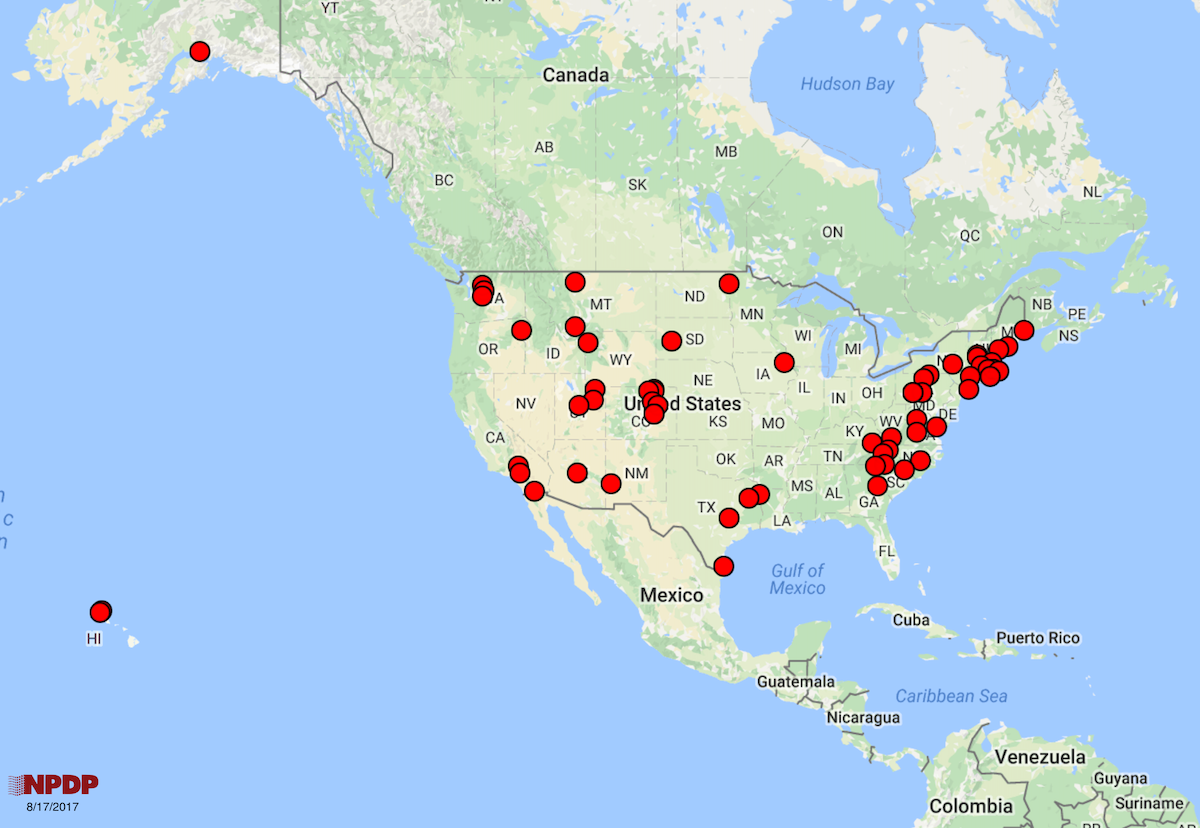 Between 1850 and 2016, 63 dam failures with fatalities occurred across the U.S., killing an estimated 3,432 to 3,736 people. National Performance of Dams Program, Stanford University, CC BY-ND

Pros and cons of dams

It’s relatively easy to quantify the benefits that dams provide. They can be measured in kilowatt-hours of electricity generation, or acre-feet of water delivered to farms, or the value of property that the dams shield from floods.

Some dam costs also are obvious, such as construction, operation and maintenance. They also include the value of flooded land behind the dam and payments to relocate people from those areas. Sometimes dam owners are required to build and operate fish hatcheries to compensate when local species will lose habitat.

Other costs aren’t borne by dam owners or operators, and some have not historically been recognized. As a result, many were not factored into past decisions to dam free-flowing rivers.

Research shows that dams impede transport of sediment to the oceans, which worsens coastal erosion. They also release methane, a potent greenhouse gas, as drowned vegetation beneath dam reservoirs decomposes.

One of dams’ greatest costs has been massive reductions in numbers and diversity of migratory fish that move up and down rivers, or between rivers and the ocean. Dams have driven some populations to extinction, such as the iconic Baiji, or Yangtze River dolphin, and the once economically important Atlantic salmon on most of the U.S. east coast.

As dams age, maintenance costs rise. The average age of U.S. dams is 56 years, and seven in 10 will be over 50 by 2025. The American Society of Civil Engineers classifies 14% of the nation’s 15,500 high hazard potential dams – those whose failure would cause loss of human life and significant property destruction – as deficient in their maintenance status, requiring a total investment of US$45 billion to repair.

Like the failed Michigan dams, which were built in 1924, older dams may pose growing risks. Downstream communities can grow beyond thresholds that determined the dams’ original safety standards. And climate change is increasing the size and frequency of floods in many parts of the U.S.

These factors converged in 2017, when intense rainfall stressed the Oroville Dam in Northern California, the nation’s tallest dam. Although the main dam held, two of its emergency spillways – structures designed to release excess water – failed, triggering evacuations of nearly 200,000 people.

As dam owners and regulators increasingly recognize the downsides of dams and deferred maintenance costs mount, some communities have opted to dismantle dams with greater costs than benefits.

The first such project in the U.S. was the Edwards Dam on the Kennebec River in Augusta, Maine. In the mid-1990s when the dam was up for relicensing, opponents provided evidence that building a fish ladder – a step required by law to help migratory fish get past the dam – exceeded the value of the electricity that the dam produced. Federal regulators denied the license and ordered the dam removed.

Since then, the river’s river herring population has grown from less than 100,000 fish to more than 5,000,000, and the fish have drawn ospreys and bald eagles to the river. This project’s success catalyzed support for removing more than 1,000 other dams.

I’ve been studying one such project – removal of the derelict Balmoral and Marland Place dams on the Shawsheen River in Andover, Massachusetts. The owner of the Marland Place dam, originally built in the 18th century to power a mill, faced a $200,000 bill to restore it to safe condition. The Balmoral, an ornamental dam built in the 1920s, had changed hands so many times that the latest owner – a company in another state – wasn’t even aware that it owned a century-old dam in Massachusetts.

The project was a broad team effort. State environmental officials wanted to help restore the river’s health. Federal regulators supported removing the dams to open up historical habitat to migratory fish such as river herring, American shad and American eels. And Andover leaders wanted to improve recreation on the river.

Dam removals require extensive permitting and a lot of negotiation. For the Shawsheen project, experts from the nonprofit Center for Ecosystem Restoration in Rhode Island guided the many organizations involved through the process.

My role was organizing a volunteer effort to monitor the response of river herring that migrate from the ocean to spawn in freshwater systems. The fish didn’t disappoint. Although the first spawning season was less than three months after the dams were removed, data collected by local volunteer monitors – who number over 300 – indicated that the newly opened habitat had hosted approximately 1,500 river herring spawners for the first time in more than 100 years. Since then, numbers have fluctuated, following the pattern on the Merrimack River, into which the Shawsheen flows.

Like salmon, river herring mostly spawn where they hatched. During the previous three years of monitoring, spawners in the Shawsheen were all strays from elsewhere in the system. But this year we expected to see a large number of newly matured adults from our first year of monitoring.

In April 2020, California’s State Water Resources Control Board approved two key permits for removing four large aging hydropower dams on the Klamath River in California and southern Oregon. This would be the largest dam removal in the U.S.

The board acted based on evidence that dam removal would improve drinking water quality by reducing algal blooms, and would restore habitat for endangered salmon and other organisms that rely on free-flowing rivers. The project still needs approval from the Federal Energy Regulatory Commission. Assuming it goes forward, I expect that a restored Klamath River will further fuel the movement to remove dams whose costs now clearly outweigh their benefits.

Jon Honea is an Assistant Professor of Science at Emerson College and a Conservation Commissioner for the Town of Andover, Massachusetts.