The Future of African Ports 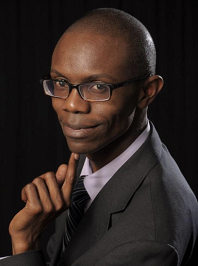 Statistics indicate that 90 percent of imports and exports in Africa are driven by sea. With a global middle class set to reach five billion people by 2030, global trade is set to continue to grow at an unprecedented rate. Reports suggest that the global freighter fleet is expected to double over the next decade due to growing consumption demands of the ever-increasing middle class.

Beyond fulfilling their respective countries' trade needs, ports act as gateways to land-locked countries such as Ethiopia and Chad, that have significant agrarian and raw materials export potential, and great need for imports of finished and processed goods from the East and West. Without these gateways, land locked countries that have much to offer in world trade are figuratively closed for shop.

If Africa is to play a meaningful role in world trade and benefit from the rapid global growth, its sea ports will be key to ensuring that success. However, African ports face the primary challenges of under-developed infrastructure and inefficient operations, leading to significant losses in potential revenue. According to PWC, of the 72 percent of world container throughput commanded by developing countries, Africa collectively only sees one percent.

A hypothetical improvement from one to three percent would increase the economic value of trade by sea by a magnitude equivalent to the GDP of certain African countries. There is clearly a need to drive improved performance at African ports if we are to take advantage of the economic promise that the future holds.

The primary challenges shared by most African ports are long cargo clearance times; under-developed basic port and hinterland infrastructure; usage of dated equipment and low levels of automation; and container and cargo theft.

To help address some of these challenges, global donor organizations are funding the development of various African trade corridors. This is witnessed in the significant investments that are going into port infrastructure capacity expansion, including parking lot expansions, deepening of canals and the widening of basins. Infrastructure investment is however only one piece of the puzzle required to handle more cargo in a more efficient manner.

The key to efficiency is for ports to do more with their existing resources, particularly those focused on moving cargo. By optimizing the utilization of these resources, ports will not only improve their cargo throughput but also become more profitable. According to SAP global performance benchmarking, ports that leverage technology to drive productivity improvements have a 36 percent higher operating margin than their peers. As an example, in Asia where ports are largely automated, the turnaround time for vessels - the time it takes to port, offload cargo, reload, and depart - can be as little as seven hours compared to the five-day average for an African port. Cargo vessels can also spend a full month longer in an African port than they would in an Asian equivalent.

One of the key differentiating factors of leading global ports is the extent to which they have adopted emerging technologies. For example internet-of-things driven smart logistics platforms and advanced analytics solutions that manage container theft, predict the failure of key equipment and reduce downtime, in real-time, thereby increasing port throughput and protecting profit margins. By contrast, outdated technology and manual processes remain a burden for African ports with most operators still relying on ageing equipment, disparate systems and a siloed approach to handling core processes and operations.

To address the challenges and overcome some of the prevailing inhibitors to their success and growth, African ports are embracing various technologies to achieve performance improvements realized by their counterparts in other geographies. In pursuit of such performance excellence, African port authorities have identified two top-level goals: increasing port throughput and improving terminal operations.

To increase port throughput, port authorities are considering ways to accelerate the flow of goods through their port by reducing congestion in the value chain. By leveraging hub logistics, transportation management solutions and connected warehouse offerings, port authorities can accelerate the rate of information exchange across the multiple stakeholders in the port value chain and unlock the ability to conduct real-time performance monitoring of key assets. This enables them to track profitability at an asset level, enabling them to identify potential new business opportunities.

As an example, the Hamburg Port Authority simplified logistics and truck park management with SAP Hub Logistics, and was able to reduce idle time for carriers, improve its traffic management system, and achieve a higher turnover of traffic from nine million containers to an eventual 25 million.

To improve terminal operations, African ports need to adopt automation as a means of standardizing and simplifying port operations. In addition, these ports require a centralized approach to managing processes, enabled by a single platform for all automation efforts. This will allow them to handle unusual circumstances by pre-empting potential business disruption, recommending remediation actions and facilitating communication between stakeholders across the port value chain, with no duplication of efforts or messaging.

With 30 percent of the world's remaining mineral resources and approximately 60 percent of the world's uncultivated arable land on the continent, Africa's relevance in the global food and resource transportation value chain is significant. The success of Africa's ports and associated transport networks is critical to Africa's conversion of economic potential to economic success.