Sending Out an SOS

America's merchant fleet is entering a dangerous state of decline 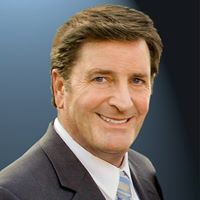 The average American may not spend a lot of time thinking about the importance of our domestic maritime industry, but it’s crucial to our economic fortunes and our national security. In Congress, I serve as the Ranking Member of the Subcommittee on Coast Guard and Maritime Transportation. In that role, my duty is to ensure that America’s maritime sector is not just robust and economically vibrant, but that it can also provide adequate sealift support to our military in times of crisis. Unfortunately, our maritime industry is in a state of alarming decline, and it’s time to sound an SOS.

In the years following the Second World War, our country had 1,200 ocean-going ships. During the Reagan Administration, we still had hundreds. But right now, fewer than 80 ocean-going vessels fly under an American flag, and less than one percent of American exports are carried on American ships.

Some might wonder why it matters what ships carry our exports. After all, the argument goes, if it’s cheaper to carry American exports on foreign ships with foreign crews, it will lower costs and increase profits for American companies. While relying exclusively on foreign ships and labor may save a few pennies, it has heavy long-term consequences for our economy and national security.

Consider the current tensions in the Korean peninsula. Imagine now that the situation escalates and our military needs to mobilize to defend our allies in the region. Our armed forces depend on civilian vessels – the Ready Reserve Fleet – to provide sealift capacity and move the troops and equipment we need to project hard power overseas. Could the United States rely on vessels flagged in China for this? We should never put ourselves in a position where we need to ask this question.

I believe we can improve our national security and strengthen our maritime industry at the same time, and that’s why I’m authoring two bills that will help restore American shipbuilding to its former prowess.

I’ve already introduced H.R. 1240, the Energizing American Maritime Act. This law would capitalize on the robust growth in America’s Liquid Natural Gas (LNG) and crude oil exports by requiring 30 percent of all such exports to be carried on U.S.-flagged ships by the year 2025. These exports will require hundreds of tankers and tens of thousands of mariners, and all of those will be foreign-flagged and crewed by foreign mariners unless we in Congress do something. Even a modest carriage requirement will revitalize our maritime industry and guarantee the creation of thousands of jobs in the sector.

Later this month, I’ll be introducing a companion bill requiring these exports to be carried on ships that aren’t just U.S.-flagged, but also American-made. Adding this component will ensure jobs not just for our mariners, but for our shipbuilders and the vital industries, like steel, that support domestic manufacturing.

Our maritime and shipbuilding industries have been ignored for too long. Bordered by two oceans, America is a maritime nation, and Congress needs to give our seafaring industries the support they deserve.

Rep. John Garamendi has represented California's Third Congressional District since 2009. As a member of the House Armed Services and Transportation & Infrastructure committees, Garamendi has been a tireless proponent of job creation and American maritime commerce, while always working to ensure the stability and success of the state he has always called home.