Eunice Atieno Ong’iro, 34, slices open a Nile perch and pulls out an off-white organ, hardly a fistful in size. She places it on a scale, jots down its weight in a notebook and stores it away in a plastic bag. In just a few seconds the process is complete and she is ready to do it again.

“They come every three days to collect the maw,” she says, referring to the traders who purchase the organs for resale.

A thriving east African trade in fish maw (otherwise known as swim bladder) has taken hold of the local communities on the shores of Lake Victoria. It is threatening to make the Nile perch locally extinct. 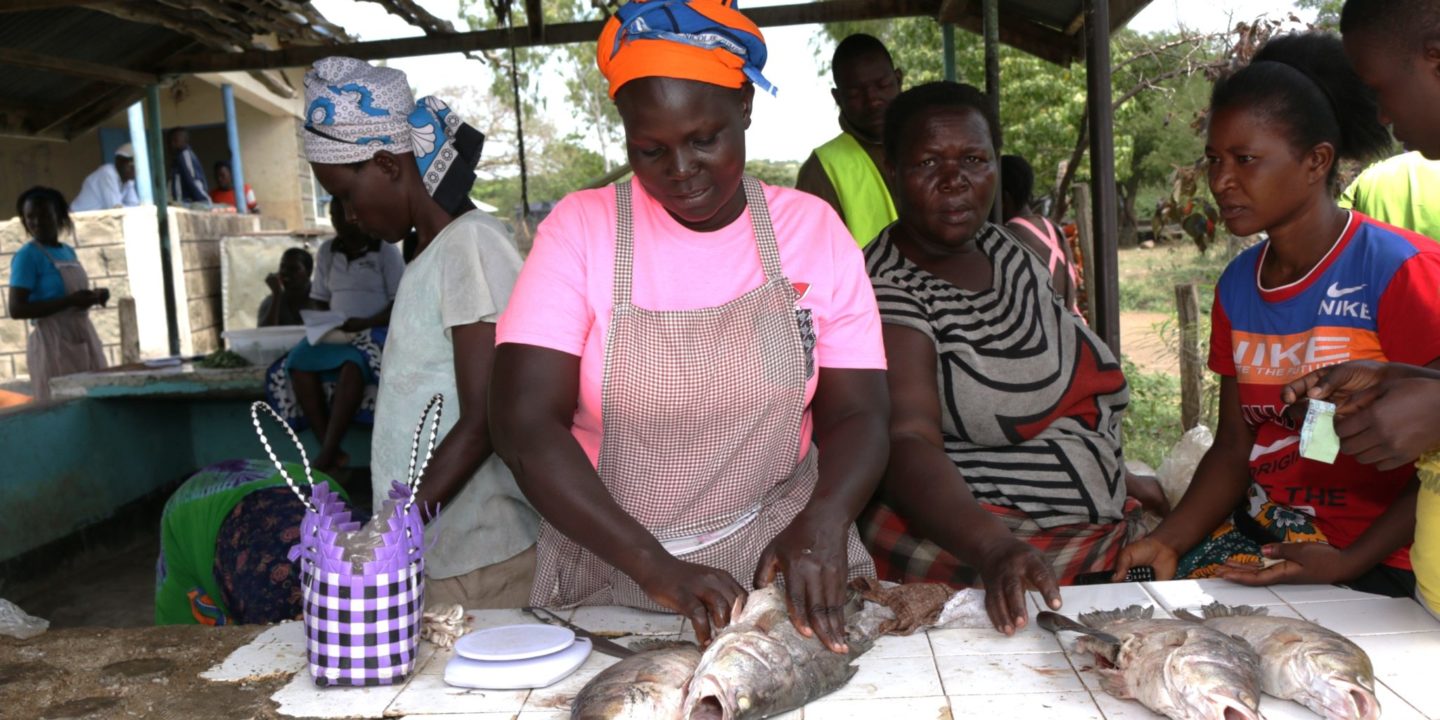 One of these communities is Obenge Beach, a two-hour drive south-west of Kisumu, the third largest city in Kenya. It developed because of its proximity to Lake Victoria, and the economy it generates for the region. “Traders in maw will only say how much they are willing to pay, but will never tell you how much they sell it for,” says Victor Mungu, the secretary of the Obenge Beach Management Unit, which works with the local community to support better management of local fisheries.

The harvesting of the organ, prized by some Asian cultures as a delicacy with skin-healing qualities, has spawned a lucrative business in the lake region that is raising concerns of overfishing.

Ironically, Nile perch is an invasive species, introduced to the lake in the 1950s, and since blamed for worsening the threat to a number of native species, including East African cichlids.

The trade in fish maw is conducted by local merchants who understand its market value, unlike the artisanal fishermen who are locked out. Sales are made covertly.

In Tanzania, the trade is subject to strict licensing and taxation, forcing it into the shadows. Whereas in Uganda, on the other side of the lake, the trade is out in the open. Buyers from China and Japan travel to Uganda to purchase bladders smuggled from Kenya and Tanzania.

Because of this secrecy, would-be buyers at boat landing sites in Kenya are unlikely to come across traders or foreign buyers. Instead they find women employed to gut the perch and extract its precious maw, known locally as mondo in the Luo dialect (loosely meaning internal organ).

Mungu makes a living by renting his two boats, which can accommodate two fishermen each. He charges a commission of 30% of the total catch price, so long as it does not fall below 2,000 Kenyan shillings (US$20). Otherwise, he charges the crew a flat rate of 700 shillings, equivalent to the daily minimum wage in Kenya.

But the rise of the maw trade has hurt his business.

“After catching the Nile perch, fishermen remove the maw while still in the open water, hide it to sell elsewhere, throw away the gutted fish and return to shore with a diminished catch,” he laments.

In order to save the perch, which has become commercially indispensable, maw harvesting must be regulated. This of course needs to go hand-in-hand with other measures that affect not only the Nile perch but other fish as well. Overfishing, the use of illegal gear and the water hyacinth, a pervasive weed, are all reducing the number of fish in the lake.

Fish maw is found on the underside of the fish. The bladder inflates or deflates to regulate buoyancy so fish can adjust their depth. It has various applications, including in the manufacture of absorbable stitches for medical use. In China, it is a delicacy usually served in soups or stews, or used as a source of collagen. It is also used in making water-resistant glue and the production of isinglass, a refining agent used in beer and wine.

Chinese, and a much lower number of Japanese, buyers are the driving force behind this trade, say the fishermen. They first came to Uganda looking for maw in the early 2000s. Today, Kenya’s share of the lake is only a sliver (6%) compared to Uganda’s 43% share.

According to an August 2018 report commissioned by the German Corporation for International Cooperation (GIZ), in collaboration with the Lake Victoria Fisheries Organisation (LVFO), the Chinese maw agents had good opportunities for business growth relative to others in Uganda. For instance, Chinese traders gave agents supplying maw a competitive advantage over general fishmongers by providing working capital.

A lack of understanding about this fledgling trade, and the fact that there are currently no guidelines or policy to speak of, are also contributing to unsustainable fishing. What this means is that even basic data regarding the amount of maw being exported to China, let alone the population of Nile perch caught solely for their swim bladder, is non-existent.

According to a report by the Kenya Marine and Fisheries Research Institute (KMFRI), the bladder comprises an average of 2% of processed Nile perch by-product. It estimates that up to 290 metric tonnes of the organ are exported from Kenya to Asia per annum.

“However, the [real] quantity is believed to be much larger, given that a significant quantity of the Nile perch swim bladder is exported in covert businesses outside of the processing company’s value chain,” explains Dr Christopher Aura, assistant director of Freshwater Systems Research at the KMFRI’s Kisumu Centre.

In Uganda, the price has been steadily increasing as a result of dwindling supply and rising demand. For example, a kilogramme of maw has tripled from 126,000 Ugandan shillings (US$35) in 2013 to 396,000 shillings today.

On the other hand, the prices on the international market are stable, fetching US$450-1,000 per kilogramme in mainland China, depending on quality and market conditions, according to newspaper Daily Monitor. In Hong Kong, a kilogramme of maw can go for up to US$7,700.

Tom Guda, regional chairman of the Lake Victoria Beach Management Unit, explains that since the Nile perch is a sight predator, clear waters are paramount for its survival. The pervasive hyacinth weed has not only muddied the waters, limiting the perch’s ability to hunt, but is competing for oxygen with the perch, which being an apex predator requires a lot of it.

“We are left with no option but to venture far deeper into the lake looking for the perch,” says Guda, from Rokwaro Beach, a one-and-a-half-hour drive east of Kisumu. He says that it now takes five hours from Mbita (a landing site) to Remba to reach the fish. “And you will need a twin-engine speed boat for this mission, otherwise ordinary boats will take up to eight hours,” he says.

Going farther into the lake has its risks, according to Guda. This is where the Kenyan fishermen and their Ugandan counterparts come into contact ­­– and conflict – over rights to the perch. There are now efforts to formalise trade among the three countries on the lake, promoting taxes, levies and inspection fees to encourage a healthy aquatic environment for the benefit of all.

“At a regional level, we are planning to develop guidelines to ensure that the trade is regulated as it has an impact on the sustainability of fisheries as the trade targets bigger Nile perch which are very important in stock replenishment,” says Robert Kayanda, a Ugandan marine scientist and an official at the LVFO secretariat.

The prodigious appetite of the perch imperilled indigenous species when it was introduced to Lake Victoria in the 1950s. Without fast action over the hunting of a very small part of its anatomy it may be next to be pushed over the edge.

Geoffrey Kamadi is a freelance journalist, specialiasing in science, development and climate change reporting. He has worked for major newspapers in Kenya and around Africa.

This article appears courtesy of China Dialogue Ocean, and it may be found in its original form here.