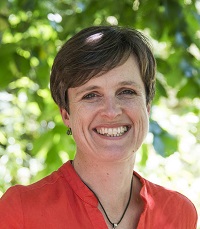 Positioning the live export issue as a “city/country divide” is insulting to the vast majority of concerned Australians and shows that live export advocates are still in denial about the very real problems in their industry.

That’s the strong message I want to convey from the RSPCA. Recent comments from live export proponents suggesting animal welfare concerns are limited to city residents are simply not backed up by the facts.

Independent polling commissioned by the RSPCA and conducted in April this year found almost seven out of every 10 Australians in rural/country areas and towns want to end live exports. More people in rural and country towns than anywhere else (just under 95 percent) are concerned over the inadequacy of current standards in the trade.

The poll also found that overall, around three in every four Australians want to see live sheep exports phased out. Opposition to live exports was strongest in South Australia (four in five) and also strong in Western Australia (almost seven in 10), from where most live exported sheep are sourced.

This data is backed by anecdotal evidence, with the RSPCA receiving a steady number of calls from concerned farmers who no longer wish to support the live trade and are seeking to explore alternatives.

Comments about a city/country divide are consistent with the live export industry’s long history of denial and inaction on animal welfare and provide further evidence of the industry unwillingness and inability to improve.

The future of live sheep exports is uncertain and volatile at best, and an absolute catastrophe at worst. Any farmer who is betting their future on “live sheep export being done right” is riding on a bad bet. It’s no longer a case of if it will end, but rather, how soon can we end it.

Farmers will suffer if industry leaders fail to see the writing on the wall and continue to pour resources into defending this already-dying trade instead of preparing for its inevitable end.