Each year, Australia exports millions of animals by sea on voyages lasting a few days to six weeks. There is no legal requirement for a veterinarian (vet) on board; they are employed by the exporter.

In consultation with working vets, the animal welfare group Vets Against Live Export has detailed numerous ship design and operation issues that can impact on animal welfare: 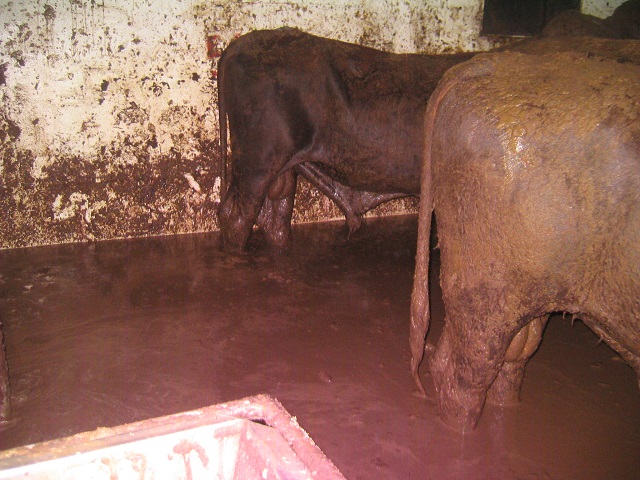 Most vessels cannot be washed down until the fodder and provisions (stored forward) decrease, as most ships only have drains to the aft of pen space. This problem is most prevalent on long and extra-long haul voyages such as from Australia to Russia, Turkey and Libya, due to the extra bedding and fodder required to be carried by the vessel. These voyages are known to result in greater mortality and morbidity incidents due to their longevity when compared to short haul voyages.

There are heavy monetary fines for discharging ship contaminants in port, but fouled deck water is not routinely stored in onboard tanks. Animals may be forced to stand for a substantial period of time in a slurry of water, feces and urine up to 45cm (18 inches) deep until they are unloaded from the vessel or the ship returns to sea.

On a number of ships, feces can fall from upper decks to the decks below, either landing on the animals or in their feed or water troughs.

No bedding is provided for sheep as their feces usually form a reasonably soft, dry pad. There are some specifications for cattle on longer voyages, but bedding for feeder or slaughter cattle is usually not adequate to prevent abrasive injuries and is not always routinely provided. Thus, cattle travel on hard-abrasive, non-slip surfaces which result in significant injury leading to suffering and euthanasia. 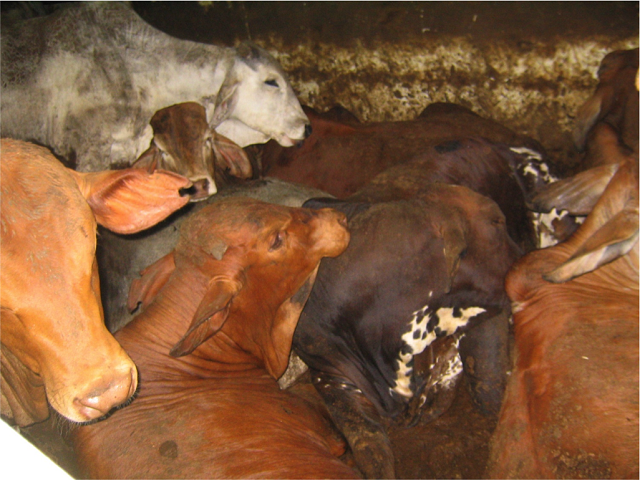 Live export vessels are often euphemistically described as floating feedlots. However, stocking densities are much higher than any land-based feedlots. The space specified for both sheep and cattle are less than space allowances in Australian animal welfare codes relating to other intensive housing systems.

Australia uses the Australian Standards for the Export of Livestock (ASEL) and Australian Marine Orders 43 (MO43) for livestock carriage. ASEL space allowances were originally developed by maritime engineers based on the weight of the cargo (animals) held within the rails of a pen, ensuring that if the “cargo” weight all moved at once due to inherent ship movement, it would not break the railings. The space allowances are therefore based on physics of weight containment not on animal welfare, comfort or behavioral assessments.

Fodder, bedding and other provisions are often stored in the livestock space, essentially reducing the amount of space available to the animals. As such, the number of animals carried on that ship should be reduced in accordance with the space used by provisions.

Drainage holes in some pen spaces are included in the space allocation in the load plan as being available to livestock, and this decreases the true available space for each animal.

Shipboard veterinarians describe overstocking due to loading more (or heaver) animals than are detailed in the manifest, and there is no doubt that the current space allowances are at best uncomfortable for animals and at worst, a common cause of death and injury (e.g. heat stress, smothering, trampling, herniation and lacerations). 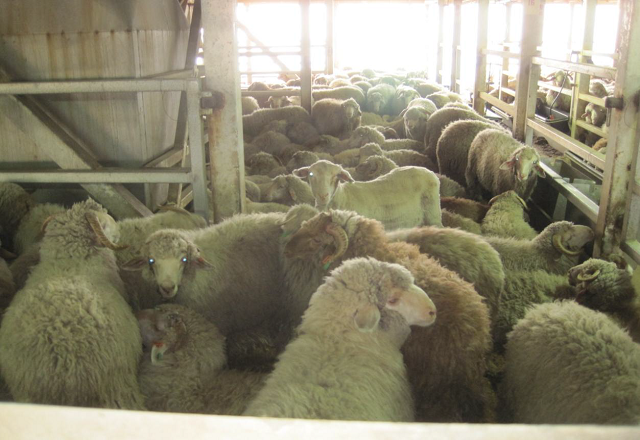 Double-tiered decks have been recognized as being problematic as early as the 1990s and should be banned. They are very difficult to manage as the lower decks have short head-space and are challenging to monitor whilst upper decks provide limited capacity to view stock. In addition, double tiered decks are notorious for heat and excessive ammonia concentration compared to single tiered decks. 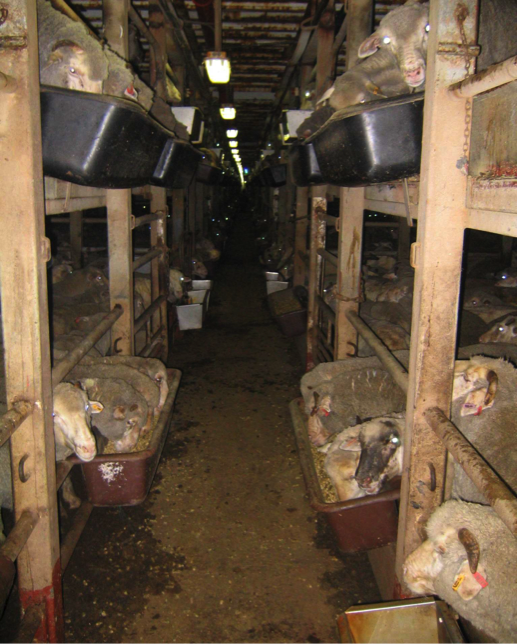 Ventilation for closed decks is currently delivered at standing head height. This is inappropriate as ventilation should be designed to help dry decks and feces as well as provide fresh air to recumbent animals (normally the weakest or sickest).

Onboard ammonia levels should not exceed 25ppm in animal housing areas. This is an international standard for work place and animal health and safety. According to a number of shipboard veterinarians, this level is often exceeded and not routinely monitored. Permanent 24 hour ammonia loggers should be required. 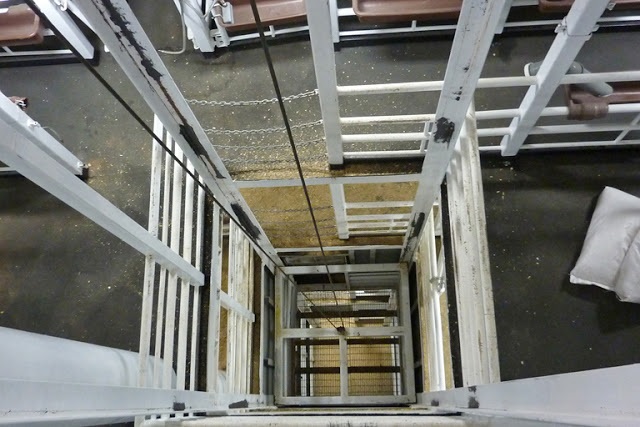 Anti-fouling bars around troughs are generally traps for the legs of livestock and should be removed or replaced with solid plates to reduce risk to livestock limbs.

Likewise, elevator shafts, cargo hatches and shafts are often accessible to animals or their limbs. Animals may fall many decks through these hatches and shafts, resulting in death or major injury; protruding limbs can be fractured by passing elevators.

Hatchways or drain covers in pen spaces entail risks of animals falling through or becoming entrapped. Sounding pipes in the pen space, lead to injury risk to animals within the pens, and also injury risk to crew taking tank soundings.

Heat stress is a significant risk on many voyages. Minimal space allowances and ventilation compound the problems of high heat and humidity. Heat stress mortality can be significant. This risk has been present for the history of the trade and as recently as 2013, resulted in deaths of over 4,000 sheep on the Bader III with most of these deaths occurring on one day.

Current practice is for temperatures to be taken between nine and 11 am, thus the temperatures recorded are not indicative of daily maximums or useful in heat stress risk assessment. Daily temperature readings should be recorded at the time of predicted maximum temperature, i.e. between three and five pm. Ideally, all holds should have automatic temperature loggers operating constantly.

Increased heat stress risks from uniform stocking densities are a particular issue near heated bulkheads, either from heated fuel tanks or bulkheads that adjoin the engine rooms. Animals in these higher environmental "hot spots" should have a lower stocking density. 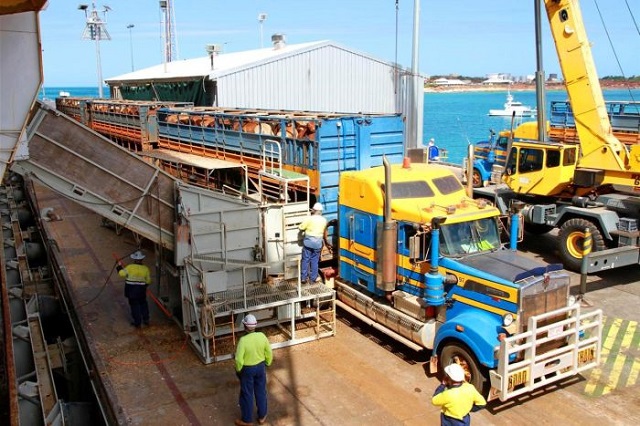 Problems with ship transport actually begin at loading. It would be ideal if no livestock ramps internal or external on the ship exceeded 30 degrees so as to reduce animal slipping and injury. Unfortunately this is not the case, and significant injuries occur.

In addition, there are and always will be escapees during loading and unloading. Escapees often become injured or die due to drowning or trauma as they are difficult to catch in port environments. This could be alleviated if ships carried portable panels to catch escapees but there is currently no requirement to do so. 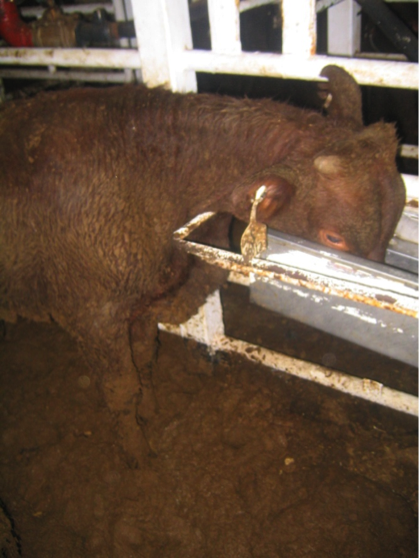 One of the most significant inherent risks is mechanical breakdown of engines. This extends the duration of voyages and all available studies indicate that the more days the animals are at sea, the more deaths will occur. In addition, with less fodder to ration out, animals can experience significant suffering from starvation. Loss of auxiliary power for ventilation fans under such situations is also a major concern.

Mechanical failures on board can have other consequences. There is a reliance on reverse osmosis machines for water: if they malfunction the animals can have no fresh water for drinking. If the fodder delivery system fails, animals starve. If there is ventilation breakdown, animals die very quickly from hypoxia, ammonia toxicity and heat stress.

Fires have also been a significant risk. Fires are difficult to control even in port with multiple fire brigade units on hand as evidenced recently with both the Ocean Drover (Fremantle Port) and the Awassi Express (Portland). When fires occur at sea the situation is often impossible and results in livestock mortality and sinking of the vessel (e.g. Farid Fares in 1980 and MV Uniceb 1996). With fodder stored aft of the funnel in some ships, the possibility of a spark igniting fodder is always present and Vets Against Live Export has a video of one such recent, unreported event at sea.

Risks on the High Seas

High seas are a significant problem resulting in unmeasured suffering and also mortality. The smaller the ship, the greater the risk of animals being injured by ship movement in heavy seas.

The highest mortality voyages for cattle in the last 20 years have been due to high seas and inclement weather. In some instances up to 75 percent of stock have been lost.

If successful piracy occurred in the Gulf of Aden, it is predicted that the ship’s crew would be removed to Somalia, the ship would be left at anchorage with livestock not unloaded and all mechanical livestock services such as water, fodder and air delivery systems would be turned off when crew are removed to be held hostage on shore. Livestock would die within hours if below deck or in enclosed decks (many are converted car carriers). Livestock on upper (open) decks may last a few days before dying of dehydration and ammonia accumulation.

Australia’s Australian Marine Orders 43 are currently the most comprehensive maritime legislation for livestock transport and as such should be adopted internationally.

The Australian Maritime Safety Authority (AMSA) has attempted to provide a safer and more animal friendly environment for the carriage of live animals through the strategic use of ship design to enable easier ship maintenance, animal management and therefore improved animal welfare during transit. It is likely that more improvements in animal welfare in Australian live export can be attributed to AMSA than the Department of Agriculture, the body responsible for the regulation and monitoring of animal welfare in this trade.

Despite this, there are still significant vessel design and operation issues that impact animal welfare on live export ships. No matter how comprehensive Marine Orders 43 might be, or become, some risks including mechanical breakdowns and weather can never be eliminated. Livestock export is inherently and uniquely risky. 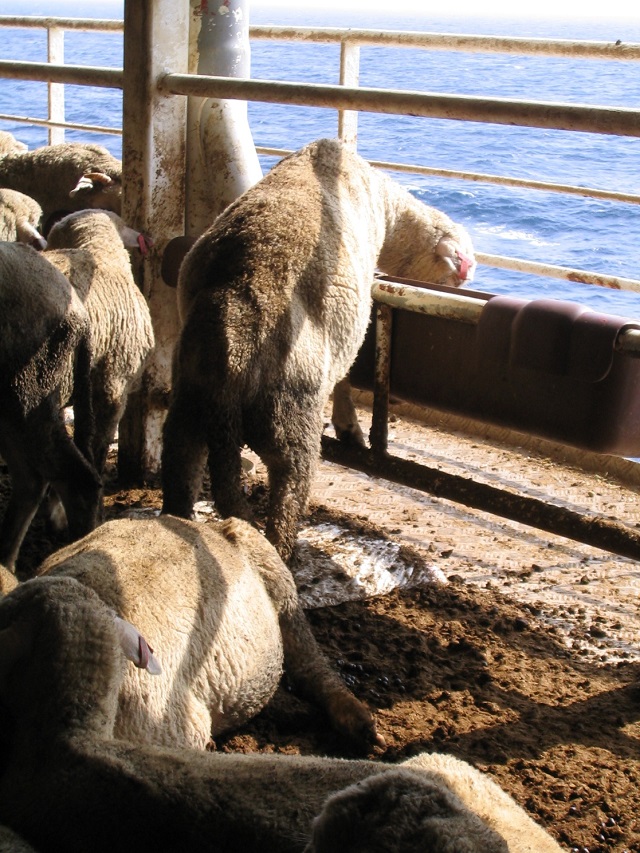