To aid the war effort, the U.S. government ordered the construction of 2,751 Liberty Ships during World War II. They were named after members of Congress, Supreme Court justices, scientists, and artists. Eighteen were named after African Americans.

The SS Booker T. Washington was the first Liberty Ship to be named for an African-American. She was built by the California Shipbuilding Corporation and christened by African-American opera star Marian Anderson.

The Washington's master was Capt. Hugh Mulzac, who was born in the British West Indies and earned his second mate’s certificate at Swansea Nautical College in England.  He served as a merchant mariner aboard U.S. and British ships during World War I.

Captain Mulzac was given command of the SS Booker T. Washington in 1942. Told that the crew would only be comprised of African-American merchant mariners, Captain Mulzac fought to command an integrated crew. The War Shipping Board agreed to this request.

Many expected Captain Mulzac to fail. According to a January 19, 1943 article in the Abiline Reporter-News, trouble was expected on the ship because of the mixture of races under the command of an African-American captain. To everyone’s surprise, the crew got along with one another and there was “nothing but friendly cooperation” aboard the ship.

A full list of the Liberty Ships named after African-Americans can be found on the Maritime Administration’s website. This list includes William Cox, a merchant mariner and the namesake of the SS William Cox.

I first learned about the ship while visiting the World War II Home Front Museum on Saint Simon’s Island, Georgia. The museum has a photo of Cox’s wife Aralee christening the ship on December 30, 1944. 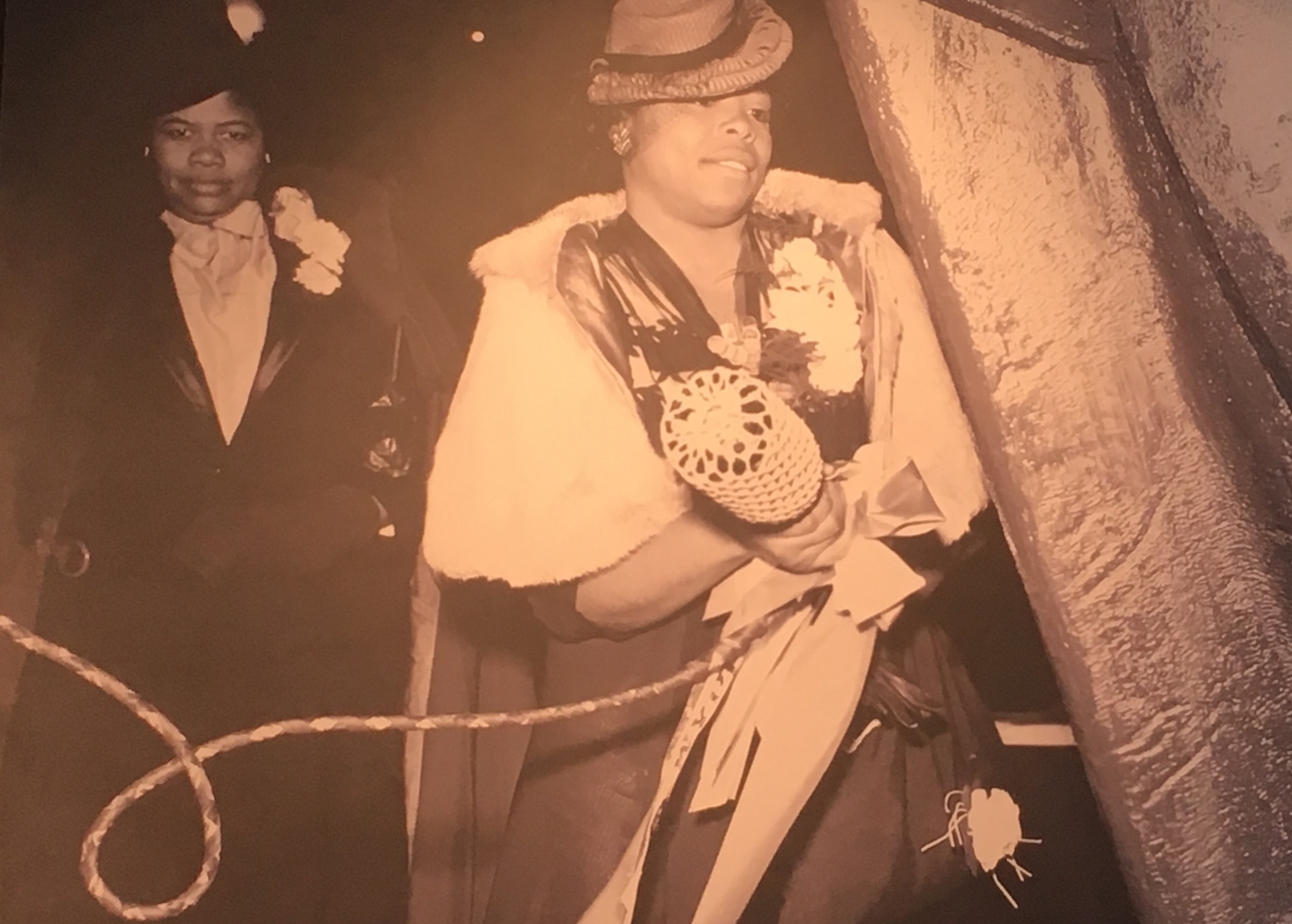 In the photo, Aralee Cox has a firm grip on the champaigne bottle. That bottle was going to shatter and it is clear that Aralee was grieving: she lost her husband on April 2, 1942. William Cox was a fireman aboard the unescorted merchant ship SS David H. Atwater when a German U-boat sank her off the coast of Virginia. Only three of the crew survived.

The SS William Cox was built in Brunswick, Georgia by workers at the J A Jones Construction company. She was built in the middle of Jim Crow country by white men and women, and she was christened by an African-American woman in a community in which most African-Americans served as laborers, field hands, and housemaids. It was a highly unusual situation.

Per historical records, ten percent of the merchant mariners who served aboard commerical ships during World War II were African-Americans. They, like their white counterparts, served aboard ships that were unarmed, unescorted, and constantly targeted by German U-boats for destruction. The German didn’t care aboat the crew’s racial make-up, they just wanted to sink ships.

Congress has an opportunity to recognize the sacrifice of the merchant mariners of WWII. Representative John Garamendi (D-CA) and Senator Lisa Murkowsi (R-AK) have introduced legislation that would award a Congressional Gold Medal to these veterans as a group. This would include Captain Mulzac, who fought to command an integrated crew, and William Cox, who died at sea while serving his country. Please ask your member of Congress to support the legislation.

Denise Krepp is a former Coast Guard officer and former chief counsel of the Maritime Administration.