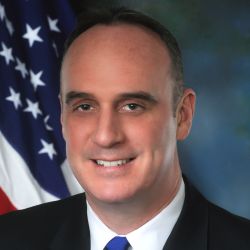 This decision by the FMC in no way precludes the Japanese carriers from merging their container trade business units into a single stand-alone company.  Rather, the vote recognizes that the FMC cannot approve certain actions that would allow the three Japanese companies to act as a merged entity prior to actually merging.  The Shipping Act does not provide the Federal Maritime Commission with authority to review and approve mergers.

In order to receive the benefits of a merger, one needs to first merge. The Commission has continuing regulatory oversight over agreements between established ocean common carriers and marine terminal operators.

Much of what the Tripartite parties were asking for revolved around pre-merger or pre-consolidation coordination.   For instance, the parties were seeking authority to share information and conduct joint negotiations with third party businesses in the United States for as much as year in advance of any potential merger.  These provisions would violate “gun jumping” laws that forbid the sharing of competitively sensitive information or the premature combining of the parties.

In addition, the proposed Tripartite Agreement sought authority to transfer shares or ownership interests in U.S. -based marine terminals owned and/or operated by the Japanese lines.  Inasmuch as the pre-coordination activity of the liners is beyond the scope of FMC’s jurisdiction, this same rationale applies to marine terminal assets in the U.S.

To be clear, the industry has been going through a period of consolidation including mergers and acquisitions.  CMA CGM has acquired APL and China’s COSCO and CSCL have merged.  Maersk Line is taking over Hamburg Süd and Hapag Lloyd is in the process of acquiring United Arab Shipping Company (UASC).  None of these liner companies sought FMC authority under joint service agreement regulations to share information and conduct joint negotiations prior to actually merging.

The proposed joint service agreement presented by the Japanese carriers seeks authority far beyond the bounds of any joint venture currently on file with the Federal Maritime Commission. Here, the Tripartite parties are seeking a geographic scope between the United States and all ports and points worldwide.

There are at least five joint service agreements currently on file with the FMC.  These agreements are all geographically restricted to specific trade routes and ports.  This means the that the joint service parties in those agreements still compete with each other in the container trade outside the joint service’s trade.  Further, the joint ventures do not treat the joint service as a merger of the parties’ specific lines and retain their own separate corporate identities.  Here, the Japanese Tripartite parties envision a complete merger of the liner trades into a single company and the entities do not intend to keep their separate corporate identities in the container trade attached once up and running.  The joint service agreements on file with the FMC include:  Somers Isle Shipping Agreement, Greater Bali Hai Service, BBC Chartering and Logistics – Caytrans Project Services (Americas) Joint Service Agreement, Evergreen Line Joint Service Agreement, and the SCM Lines Transportes/CCNI Agreement.

Separate from the jurisdictional question, FMC received public comments concerning the ability of the Parties under the Agreement to jointly negotiate and contract with U.S. domestic services such as harbor tugs, barges, feeders, equipment lessors and other American based service providers prior to the creation and operation of the new entity. Remarkably, similar language has been inserted in a number of recent agreement filings only to be withdrawn.  My position is clear: I am opposed to allowing ocean common carriers to team up and use their FMC-granted limited antitrust immunity to collectively negotiate rates with U.S. maritime service providers, that have no counterbalancing FMC-granted authority to collectively bargain in return.  The Parties to the Tripartite Agreement, to their credit, ultimately made several attempts to address these concerns with revised language.

William P. Doyle is a Commissioner with the U.S. Federal Maritime Commission. The thoughts and comments expressed here are his own and do not necessarily represent the positions of his fellow Commissioners or the Commission as a whole.