Exploring Antarctica's Ice Rivers and Their Role in Sea-Level Rise

Underneath Antarctica’s vast ice sheets there’s a network of rivers and lakes. This is possible because of the insulating blanket of ice above, the flow of heat from within the Earth, and the small amount of heat generated as the ice deforms. 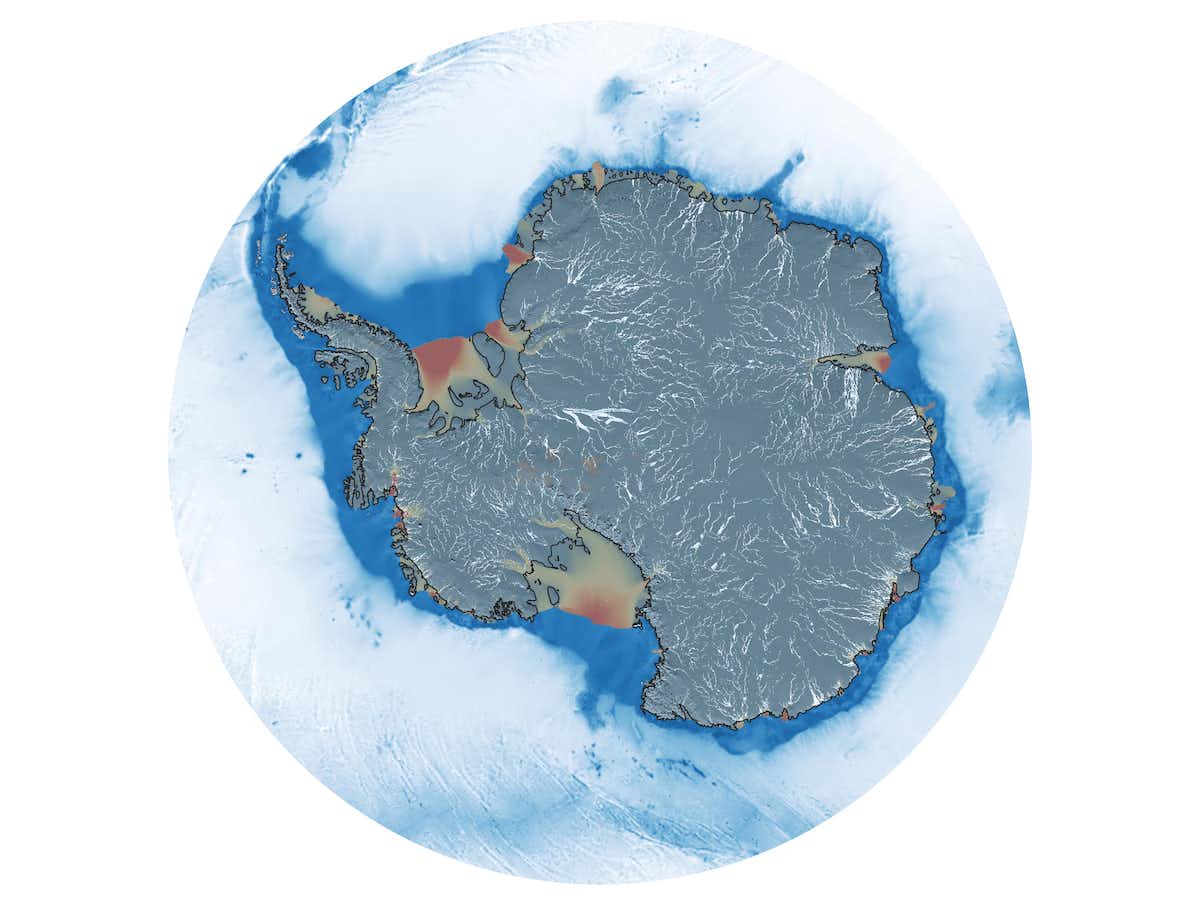 Water lubricates the base of the ice sheets, allowing the ice to slide towards the ocean at speeds of many hundreds of metres per year. When the water emerges from beneath the ice, it enters a cold and salty cavity underneath ice shelves, the floating extensions of ice sheets that fringe the continent.

Here the water mixes, releases nutrients and sediment, and melts the underside of the ice shelves, which act as buttresses and hold back the flow of the ice sheets.

How these processes play out over the next centuries is a major factor in understanding sea-level rise. Unfortunately, this is also one of the least-explored parts of our planet.

Our Aotearoa New Zealand Antarctic Science Platform project is the first direct survey of an Antarctic under-ice river, and it supports earlier research suggesting these sub-glacial rivers form estuaries as they flow into the ocean, albeit at 82.5 degrees south, hidden under 500m of ice and about 500km from the open ocean.

Our team has just returned from Kamb Ice Stream on the West Antarctic Ice Sheet (WAIS). Kamb is a sleeping giant.

This massive river of ice lies on the other side of the WAIS from Thwaites Glacier, Antarctica’s “doomsday” glacier which has been losing ice rapidly. Kamb used to flow fast, but this ceased about 160 years ago because of changes in how water was distributed at the base of the ice. 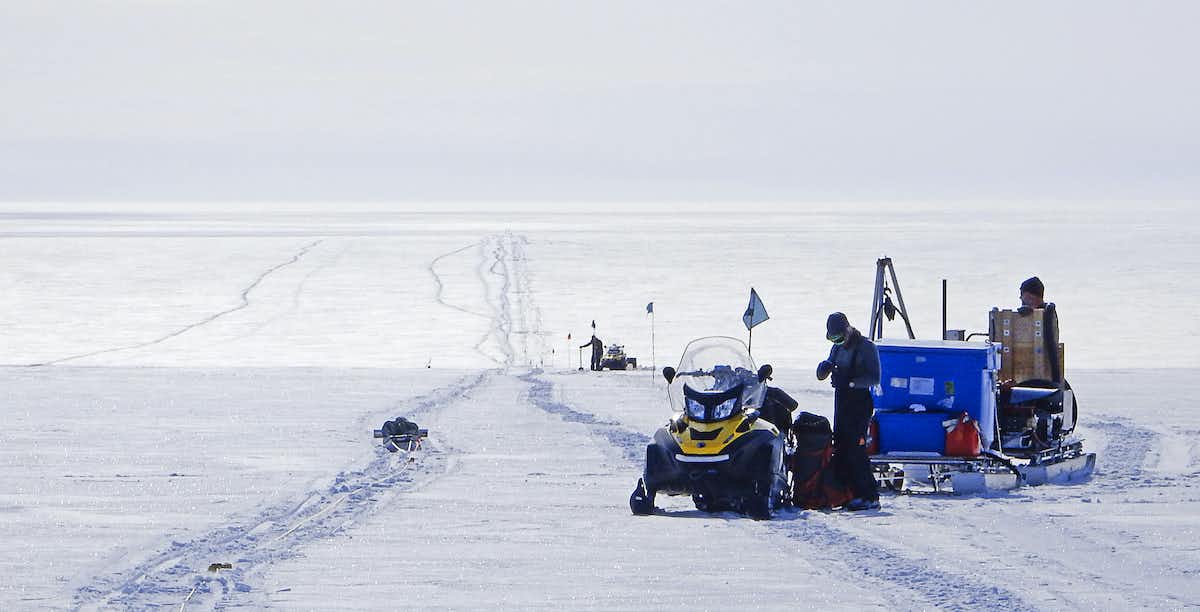 Surveying across the surface of the under-ice river channel (in early 2016), researchers use seismic methods to determine what lies underneath the thick cover of ice. Huw Horgan/K862/VUW, CC BY-ND

While the Kamb region isn’t vulnerable to ocean warming at the present time, it currently offsets much of the ice loss happening elsewhere in Antarctica. Changes at Kamb will herald major changes for Antarctica’s ice sheets and oceans.

The COVID pandemic has been hard on national Antarctic programmes and the field science they support. Global supply and freight delays kept our team on the edge in the lead-up to our season.

This summer, New Zealand started the rebuild of its main Antarctic station, Scott Base, and has been developing an over-snow traverse to deploy large teams across great distances. Our Kamb team was one of the first to benefit from this new capability, with a camp operating for months, more than 900km from New Zealand’s permanent station.

There’s an art to drilling through Antarctic ice. In reality, we melt our way through with recycled hot water.

Once on site, the team was able to drill through 500m of the ice shelf and keep a 0.4m-diameter hole open for nearly two weeks. This allowed us to take samples and gather observations for a diverse range of science projects.

Almost a decade of research paid off when the team pinpointed the exact spot to drill to hit the onset of the narrow river beneath. This was even more impressive than initially thought, with borehole surveys revealing a river more than 240m high but less than 200m wide – a much narrower target than indicated by the surface icescape.

Working from a borehole means we can only look in one spot. As an antidote to this limitation, colleagues from Cornell University deployed their ocean robot Icefin to study the space below the ice. 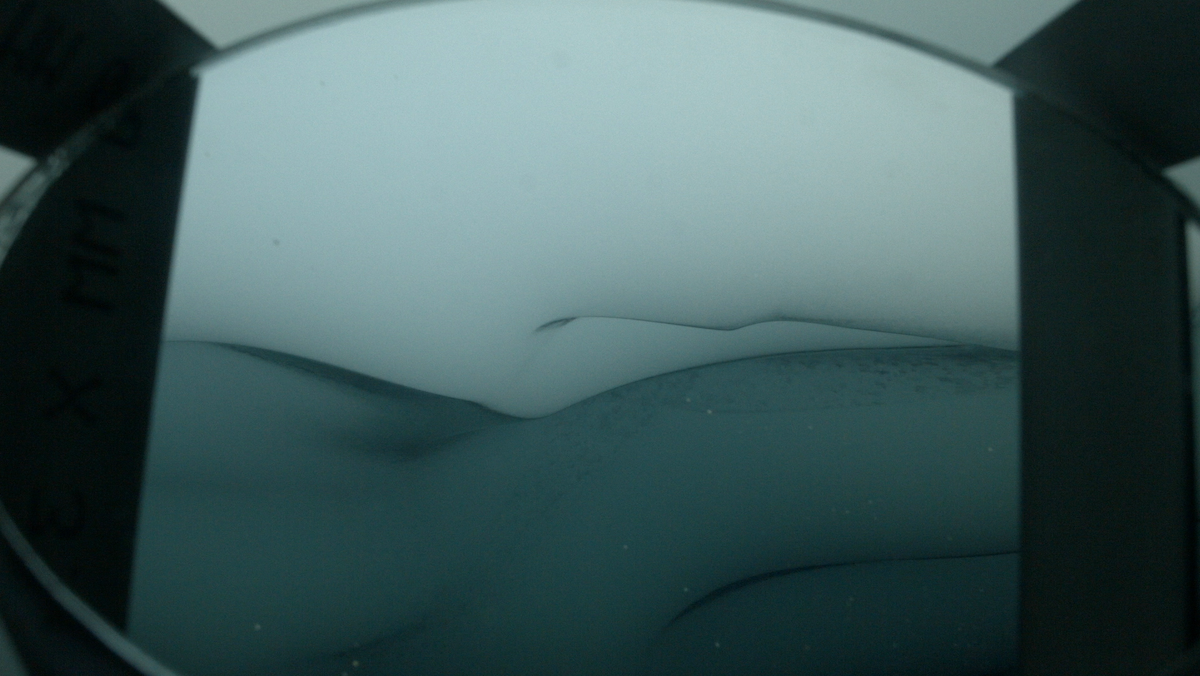 The camera shows corrugations on the underside of the ice. Craig Stevens/K862/NIWA, CC BY-ND

One of the discoveries that will keep the team going for some time is a dense community of likely amphipods, which we spotted when we lowered cameras to the seafloor. The swarm was so dense, we first thought there was something wrong with our equipment.

The last task the team completed was to deploy an ocean mooring beneath the ice. These instruments will continue to report back on ocean conditions over the coming years.

Apart from baseline observations, such discoveries provide strong motivation for deploying long-term monitoring equipment. The team will be watching closely over the coming years for any changes in the under-ice river flow, including flood events.

Craig Stevens is a Professor in Ocean Physics, National Institute of Water and Atmospheric Research.