Ensign Duke and the Seizure of the Rum-Runner SS Greypoint 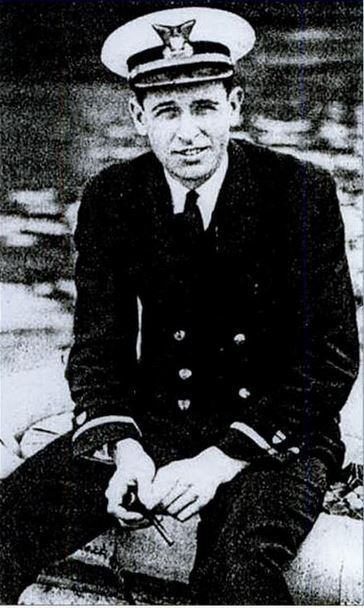 Ensign Charles L. Duke (left) joined the Coast Guard on Aug. 26, 1925, amid the service’s dramatic expansion during Prohibition. A previous four-year enlistment in the Navy Reserve near the end of World War I, three years in the Merchant Marine - which he left as a second officer - and three years of college ensured his selection to take the exam for commissioning as an ensign (temporary).

Duke’s initial assignment was to the Coast Guard Cutter Gresham. While much of that cutter’s time was initially spend on prevention of alcohol smuggling, by the time his tour was complete, the Coast Guard’s Special Service Craft, including the Destroyer Force, Patrol Boats, and Picket Boats had assumed primary responsibility for that mission.

Upon detaching from the cutter in February 1927, Duke reported for duty at Section Base Two, New York Division. As a duty officer, Duke had to accompany the base’s boats during randomly scheduled patrols of New York Harbor. As fate would have it, he had the duty on July 3, 1927, and was about to make what would become the most famous single-handed seizure in Coast Guard history.

That night Duke joined Chief Boatswain’s Mate Aron Madsen and Coxswain Henry J. Wood aboard the 36-foot double-cabin picket boat CG-2327. They departed Pier 18, Staten Island at 9 p.m. After a few uneventful hours marked by high winds and choppy seas, they decided to lay off Pier 18 and monitor traffic coming up Ambrose Channel, either bound for the Quarantine where all foreign vessels were required to check in or continuing on to Jersey or New York City if U.S.-flagged.

Shortly before midnight, Duke noticed two inbound vessels. The first appeared routine, a large passenger vessel that left the channel and anchored at the quarantine. However, the second vessel, a small steamer, immediately aroused suspicion. The smaller vessel was running with all navigation lights extinguished, but was detected by its “very clear outline against the lights of Brooklyn behind her.” Then the vessel began to navigate erratically, first crossing the channel and then nearly running aground on Robbins Reef. This was clearly not a vessel familiar with New York Harbor. More likely it was a “rum runner” seeking to sneak in by impersonating a U.S. vessel engaged in the coastwise trade—an increasingly common tactic following the Coast Guard’s virtual dispersal of the infamous “rum row” off of New York the previous year.

Duke ordered his boat in pursuit. Madsen brought the CG-2327 near the steamer’s starboard bow, where Duke shouted for the vessel to heave to. When no reply was received, Madsen rounded the steamer’s stern and came up the port side, abaft the pilothouse. Duke again ordered the vessel to stop. When no reply was given, he drew his .45 caliber Model 1911 semi-automatic pistol and fired two shots across the vessel’s bow. In response, someone shouted from the vessel’s pilothouse that the vessel would proceed and not stop until it had reached the dock. All further attempts at communication were ignored.

Deciding that the time to board had come, Duke balanced precariously on the bow of the CG-2327 as Madsen steered through the choppy sea to lay the picket boat against the port quarter of the steamer, now identified as the Economy. At just the right moment, Duke stood, reached up, grabbed the rail of the vessel’s well deck, and pulled himself aboard.

Drawing his pistol, Duke stalked toward the bridge. When one of the crew tried to block his access to the pilothouse, Duke immediately clubbed him to the deck. He then entered the pilothouse, where he directed the three crew members present to move to one corner and ordered the master to stop his vessel. The crewmen complied but the master, J.C. Bower, again replied that he was heading to dock and would not stop until he got there.

In no mood for further defiance of his authority, Duke raised his pistol and threatened to shoot if Bower refused to stop his vessel. At that point, Bower become compliant, offering no further resistance to subsequent orders to anchor and provide Duke with the vessel’s papers. 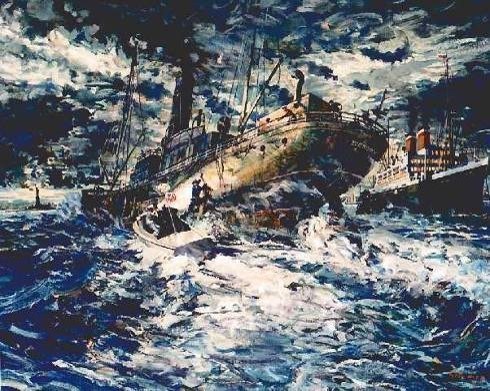 The documentation showed the steamer to actually be the British SS Greypoint, which had cleared nine days earlier from Saint Pierre, Miquelon, a French possession off the coast of New Brunswick, bound for Nassau with 1,400 50-gallon drums of alcohol. On this basis, Duke seized the vessel.

Duke ordered the master to get underway and proceed to anchorage near the Statue of Liberty. However, the Greypoint strayed outside the channel while turning and grounded. Several hours of tense standoff ensued while Duke waited, alone with a total of 22 prisoners, for the CG-2327 (not equipped with a radio) to fetch back-up.

The 36-foot double-cabin picket boats were capable of 23 knots, and they could run down most rumrunners in protected waters. Some were fitted with a machine gun on a bow mount.

Eventually, the charges against the Greypoint and its master were expanded to include “unauthorized name change; being within the territorial waters of the U.S. with a cargo of intoxicating liquor; obstructing an officer of the U.S. Coast Guard; being underway at night in New York Harbor without navigation lights; and violation of U.S. Quarantine laws.” The value of the seized alcohol was estimated at half a million dollars—one of the largest made during Prohibition.

For his actions during the seizure, Duke received a commendation from Coast Guard Headquarters and an early promotion to the rank of lieutenant junior grade the next month.

He went on to perform subsequent assignments both ashore and afloat, including tours aboard the cutters McCall and Downes, and at Section Base Nine. In 1934, after nine years of service in the Coast Guard and with the end of Prohibition, Duke resigned from active duty. He later returned to serve in the U.S. Navy Reserve at the outbreak of WWII, rising to the rank of commander by 1946.