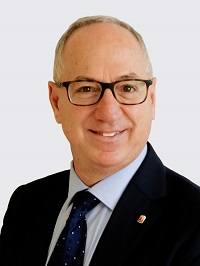 The digital evolution is shaping the maritime future in every aspect and all its segments, taking advantage of modern ships design and new technologies.

Changes don’t start with ship, but with leadership.

At a Digital Ship Conference in Bergen in 2011, I presented a slide where I spoke about “The intelligent ship:”

An intelligent ship is one where all main functions are stored and controlled centrally, filtered and transmitted ashore for knowledge, evaluation, control and, where needed, action. These functions are:

Two years later, at the Cyprus Maritime conference, I mentioned of a future when ships would have had no crew on board (a couple of people booed me…). Now it’s 2019, just six years later, and the concepts of unmanned vessels and digitalized vessels are a daily discussion matter in the shipping world.

The digital evolution is shaping the maritime future in every aspect and all its segments, taking advantage of modern ships design and new technologies, inspired by the latest theories of machine learning and remote-controlled vessels. Like in any technical revolution, there are many who have still not fully understood, and fully embraced, all the real and concrete opportunities and advantages digitalization can bring. Now is not the time to be skeptical by going against market trends, but the time to embrace change and the competitive advantage it can bring.

Other industries have been affected by digitalization much earlier than the shipping industry, which is due to the inherent complexity of the maritime industry. But things are changing and, unusual for the maritime sector, very quickly: according to a survey conducted by Informa Engage on behalf of Wärtsilä Marine Business, two-thirds of shipping companies have started on their digital journey, but this is just the beginning, as 69 percent of them are exploring digital solutions as we speak.

Even though the rewards of a digital transformation can be significant, so too are the challenges to making it happen! Embracing digitalization entails much more than buying hardware and software: it requires a full vision of the whole path, from understanding the actual and future needs of a fleet, to creating every step needed to make digitalization happen. This is because at times, people confound digitalization, which is the use of digital technologies to change a business model, with digitization, which simply means digitizing an otherwise paper-based model.

A typical example of digitalization is the concept of unmanned vessels, which requires much more than just converting paper chart into digital ones.

Once could argue on whether there is a need today to go unmanned (or with a very reduced crew). Our reply is yes, and for the following reasons:
• Shortage of qualified crews to manage vessels and equipment which becomes more and more sophisticated

• Optimizing the use of on board staff: after all, we keep crews on board for 24 hours, to make use of them the normal 8/10 hours. The rest is, from a human point of view, wasted

• Costs: these are related not only to wages but to the whole processes of managing crews: agents’ fees, transportation costs, medical visits and so on

On board crews would be replaced by shore teams who could serve multiple vessels, thus optimizing utilization.

For such changes to happen, two things must absolutely take place:

• Machinery redundancy. The obsolete one main engine, one shaft, one propeller scheme must go, replaced by Azipods and diesel-electric propulsion

• Data standardization. Today, all manufacturers write their technical handbooks in any way, form or shape they want. Instead, data must be standardized or efforts to digitalize a fleet will continue to stumble over the issue of manual data entry

What appeared science fiction just few years ago is now happening quickly, with four unmanned ships already in service or undergoing trials, and two ocean going vessels planned for 2022 and 2025. As always, there will be prime movers, followers and laggards. But in IB we bet that the best ones (the early adopters) this time will win all. Suffice to look at the recently born Digital Container Shipping Association (DCSA) initiative.