Coast Guard Sharpshooters Recognized for Two Hits in One Interdiction

“It was probably the most challenging interdiction out of the 15 total that I have been involved with,” said Cmdr. Matthew Van Ginkel, who has served with HITRON Jacksonville, Florida, for about a decade.

Just before dawn on Aug. 30, a MH-65D helicopter — also known as “Endgame-59”— launched from the Coast Guard Cutter Tampa to locate a reported vessel of interest underway in the
Caribbean Sea. After a difficult nighttime search, Van Ginkel and his crew detected two suspicious vessels traveling in tandem.

As the aircraft intercepted both vessels in complete darkness, the two suspected smuggling vessels split off in different directions. The first vessel sprinted toward the Dominican Republic's territorial seas, and a suspect aboard began to throw contraband into the water before attempting to evade interception.

For 20 minutes, Van Ginkel and his aircrew pushed the MH-65 helicopter to its limits as they tried to match the vessel’s rapid maneuvering in complete darkness. On two occasions, the aircrew recognized the early onset of aerodynamic factors that severely affected control of the helicopter and recovered at less than 50 feet above the water.

During a brief moment where the helicopter aligned with the evasive vessel, Petty Officer 2nd Class James Peragine prepared for disabling fire. However, he disengaged when he noticed the suspect move into his view.

After quick deliberation, the aircrew determined the only way to force the vessel to stop before reaching territorial seas was to deliver disabling fire to a very small portion of the vessel’s outboard engines.

As Van Ginkel stabilized the helicopter, Peragine effected disabling fire, which caused the vessel to stop. The aircrew did the same to stop the second vessel.

The crew recovered the jettisoned bales of contraband, netting over 1,500 kilograms of cocaine, and detaining seven suspected narco-traffickers between the two vessels. 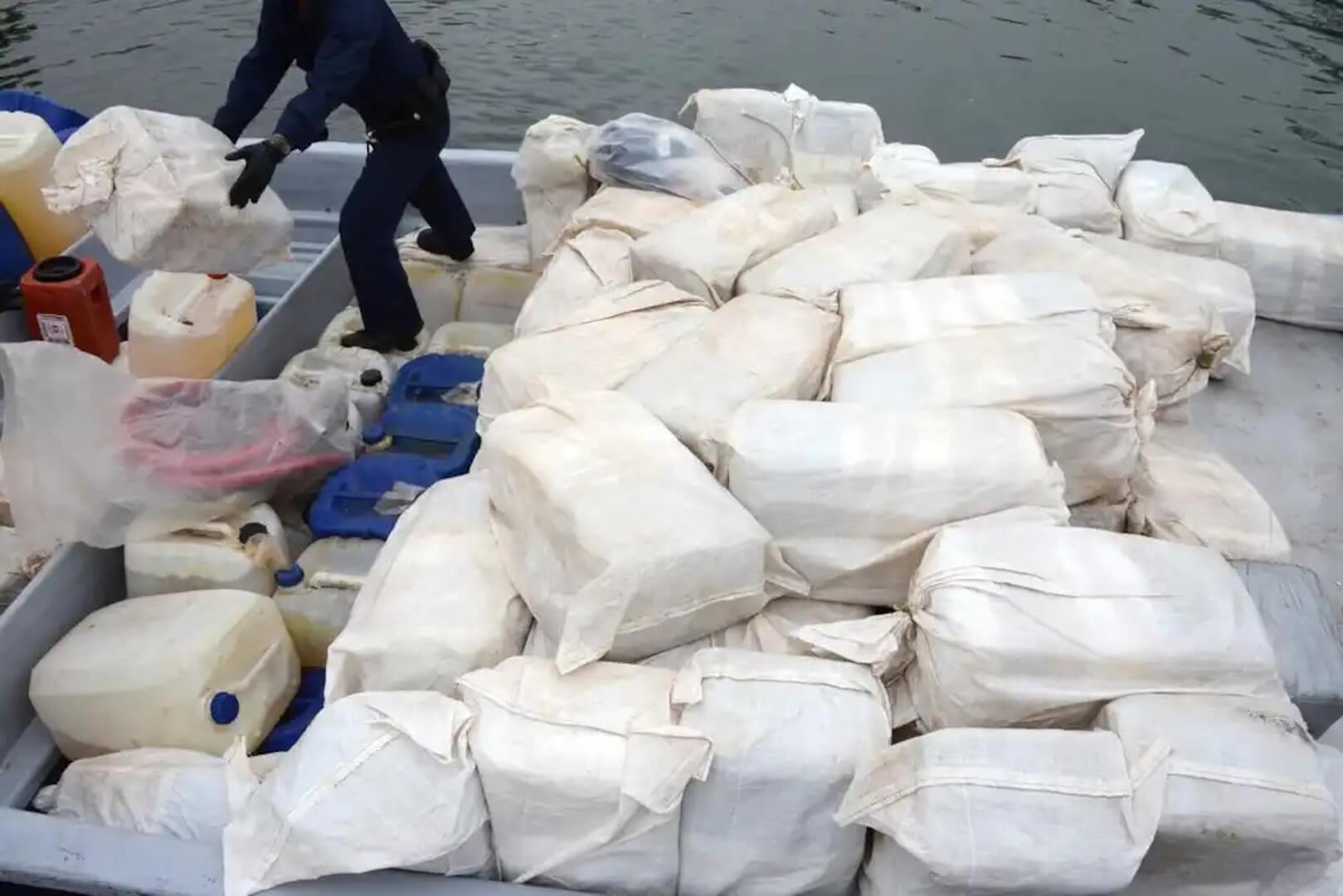 “This crew of three had 22 total combined deployments,” said Cmdr. Charlie Wilson, HITRON’s executive officer. “This was undoubtedly one of our most experienced aircrews out there conducting this interdiction, and it was even at their limits.”

This crew was one of more than 100 that the White House Office of National Drug Control Policy panel received from across the counterdrug law enforcement community. The Coast Guard was the only military branch who received recognition at the 2021 USIC Award ceremony for Maritime Interdiction.

Since 1999, HITRON has successfully conducted 825 interdictions and detained 2,687 suspected smugglers. The unit’s sole mission is to interdict vessels suspected of illicit smuggling throughout the transit zones across the Caribbean Sea and throughout the eastern Pacific Ocean.

This article appears courtesy of MyCG and may be found in its original form here.