China Next Door: The CCP's Growing Influence in Latin America

Americans hear about countries such as China, Russia, North Korea, and Iran on a frequent basis, and for good reason. All have been intertwined in global affairs, politics at home, or both for most of this century so far. But in stark contrast, the United States has treated Latin America with “benign neglect.”

Although Russia and Iran have exploited Latin America for their purposes and to the United States’ detriment—China’s inroads into the region are among the most significant threats to U.S. national security. China’s actions in the region reveal short and long-term plans to become the predominant superpower in the region. To do so, China’s influence has sowed its roots in two main areas: military and economic. But most importantly, this influence is not superficial—China’s actions seep through all levels of Latin American governments, even down to city halls. China is not simply a regional challenge; it is a global challenge as demonstrated in Latin America. To ignore Latin America is to ignore the critical inroads being developed by the United States’ chief competitor in its own backyard.

China’s military influence in Latin America is mainly through soft power, not physical presence. China has fostered significant military relationships through arms sales, exchange programs, and training engagements. China has found a fruitful market for arm’s sales in Latin America; in roughly the last eight years China has sold more than $615 million in weapons to Venezuela. Military sales may have started as simply small arms, but China’s expansion in this market now includes “aircraft, armored vehicles, and radars.” But these sales are not simply about the equipment; the sale is just the beginning of a relationship. Opportunities for training and maintenance follow each transaction—leading to greater interaction between these countries, their militaries, and China. As these deals continue to grow, Chinese personnel and military bases in the region could follow. 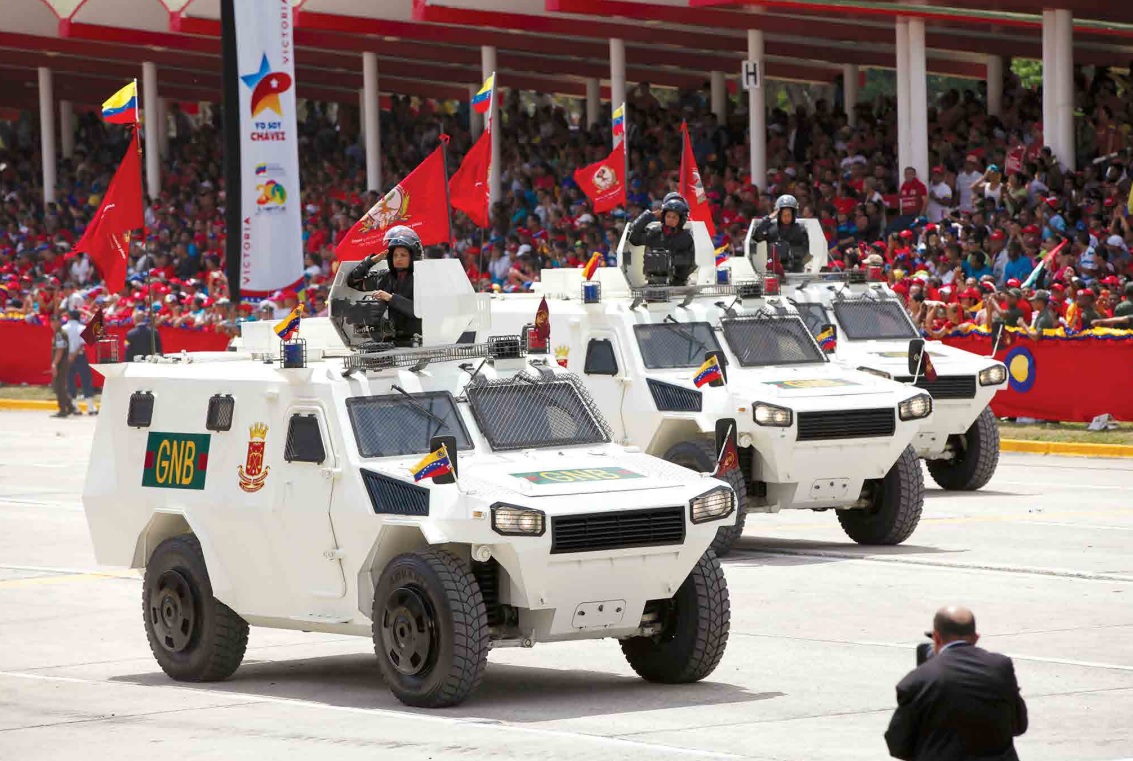 Recent SOUTHCOM commander Adm. Craig Faller noted in Congressional testimony that China was sending five times as many Latin American military officers to its war colleges compared to the United States. According to John Kreul, who was acting deputy secretary of defense for the Western Hemisphere, the feedback on these professional military exchange programs suggested they were “straight up recruitment and propaganda 24/7.” Once these personnel are educated in China and establish professional connections with China’s military, the United States may have to be weary of working with these personnel because of the potential operational security risks.

Economic influence in Latin America is China’s main focus in the region. In 2000, China’s total trade value with Latin America was $12 billion. Today it is roughly $450 billion, and economists predict it could exceed $700 billion within the next 15 years. China is South America’s top trading partner and second only to the United States for all of Latin America. Underlying this trade is the Belt and Road Initiative, China’s ambitious $1 trillion trade and infrastructure program spanning across the globe. One portion of this program is a proposed transcontinental railway that can link South America’s Atlantic and Pacific coasts from Brazil to Chile.

As it does elsewhere, trade naturally builds relationships and influence in the countries China builds in. China can then use its powerful economic leverage in pursuit of political goals, such as persuading regional countries to withhold recognition of Taiwan—which it has.

China also engages in debt-trap diplomacy. Through deceptive trade and loan practices, China can manipulate and coerce countries that are unable to repay their loans. For example, China uses contractual language that allows it to cancel and demand repayment on one loan when a country defaults on a separate loan from a “different lender,” which is unusual for government loans. These contracts also allow China to cancel the loan if the “debtor country undertakes policy changes adverse” to China’s preferences.

Loans from China have penetrated significant sectors of Latin America, including energy and mineral sectors, port infrastructure, and telecommunications. China is also willing to offer cheaper credit even to countries with poor track records of paying off debt, raising the likelihood that Latin American countries choose Chinese loans over competing loans from other countries. And with the acute economic and domestic pressures in the region, many developing countries may not effectively consider the long-term consequences that may stem from these loans.

China has used these practices around the globe. Similar contracts forced Sri Lanka to hand over a major port to Beijing in 2017 when it could not pay off its debts. There is also concern that countries with Chinese debt could be pressured into denying support to U.S. forces, including logistical infrastructure, staging areas, and ports. In fact, China has loans attached to “three [of the] largest projects of port construction by cost” in Latin America.

China’s focus and investment in telecommunication technologies in Latin America poses a major issue, too. Chinese companies, such as Huawei and ZTE, have created networks for governments and private sector telecommunications companies, while integrating local government staffs with Chinese personnel who have ties to the Chinese government. These companies are willing to accept lower profits for greater access in Latin America because of the access it provides the Chinese government and vice versa.

To be sure, these countries do receive the benefit of modern technology and creating networks that can reach underserved rural citizens. However, China may use this new infrastructure to surveil and undermine Latin American citizens and apply its authoritarian philosophies on personal privacy against populations outside of China. Indeed, one nation has asked the United States “for assistance in disassembling and disinvesting in the Huawei Smart City program because of excessive Chinese monitoring.” But the more Latin American governments adopt this technology, the more difficult it will be for the United States to engage with them on national security issues.

Latin America is critical to U.S. national security and great power competition. Not only is it the geographic neighbor of the U.S., but the U.S. also has strong economic, political, and cultural ties to the region. According to the White House’s recently released National Security Strategy, the “Western Hemisphere directly impacts the United States more than any other region,” which is predominately Latin America. But China is in Latin America to pursue long-term interests, and to ignore this reality threatens the stability of the region and the United States.

The Middle East has attracted most of the United States’ attention for the past two decades. Now, Eastern Europe and the Indo-Pacific have its attention. But the chief competitors in those regions are moving in next door. The muscular policies and military engagements that have been the hallmark of recent U.S. operations in the Middle East will not effectively compete in Latin America. The U.S. must use multifaceted soft power to combat China’s influence for the purposes of ensuring strong democratic governments and stability in the region.

Captain Steven Arango is a deputy staff judge advocate at Training and Education Command and currently working toward his LL.M. in national security and cybersecurity from the George Washington University School of Law. He was selected as a Regional Affairs Officer for Latin America. Prior to his time on active duty, Steven worked for the U.S. House of Representatives, the Department of Defense in the Office of General Counsel, International Affairs, and served as a federal law clerk for U.S. District Judge Fernando Rodriguez, who presides on the southern border.

The views expressed in this article are those of the author and do not necessarily represent the views of the U.S. Marine Corps, Department of the Navy, Department of Defense, or the U.S. Government.

This article appears courtesy of CIMSEC and may be found in its original form (including extensive footnotes) here.