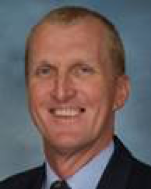 Based in Houston TX, Protheroe is a Master Mariner who came ashore with Lloyds Register in 1992 and worked in several senior positions before being appointed President, Lloyds Register America’s Inc. in 2014.

Greystoke partner Robert Hedley said "We are delighted to have Tim on board with Greystoke. Tim is very well known throughout the marine and offshore industries, particularly in the Americas, and his knowledge and experience adds bench strength to our team.”

VIMC would like to take this opportunity to personally welcome Protheroe and to congratulate Greystoke Marine Management as it grows its Vancouver operations.