Named the Douglas B Mackie, honoring the company’s former CEO and Chairman of the Board (ESG Hull 252) ATB Tug detail designed and engineered by Ship’s Architect, Inc. and the Ellis Island, the gateway to America representing a new beginning for so many(ESG Hull 253) ATB Hopper Dredge Barge detail designed by Bay Engineering, Inc. Both vessels are based on concept designs by Ocean Tug & Barge Engineering, Inc.

Brian D’Isernia, CEO of Eastern Shipbuilding Group, stated “We are particularly proud of constructing this ATB Dual Mode Trailing Suction Hopper Dredge for Great Lakes Dredge & Dock Company, LLC as it is the largest hopper dredge built in the United State to date.”

David Simonelli, President, Dredging Division, said, "We are excited to take delivery of this advanced vessel which improves the competitiveness of our hopper group and represents a substantial reinvestment in our fleet. The Ellis Island significantly increases the United States commercial Jones Act hopper fleet capacity as the largest hopper dredge in the United States market, with a carrying capacity of 15,000 cubic yards."

Eastern is proud to assist Great Lakes in delivering this investment in the maritime future of America, constructing these two state-of-the-art Jones Act vessels to meet the Country’s growing needs. “Built in an American shipyard by American workers, crewed by American seamen and owned and operated by an American company.” 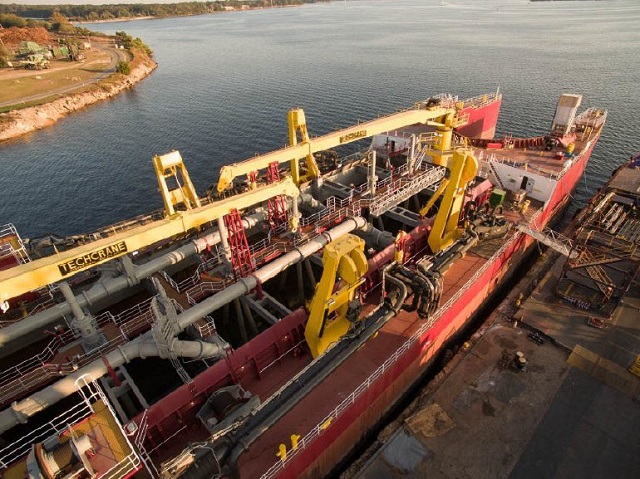 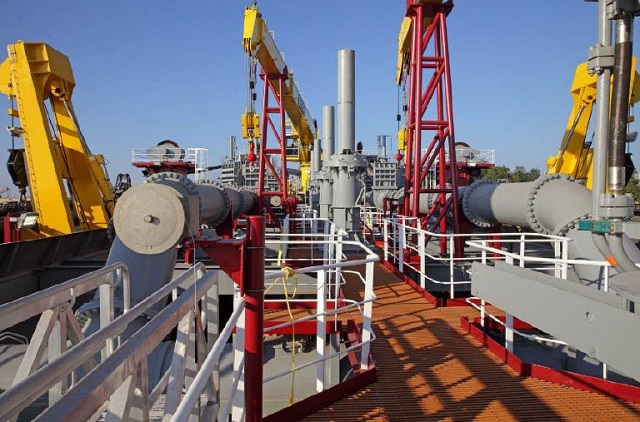 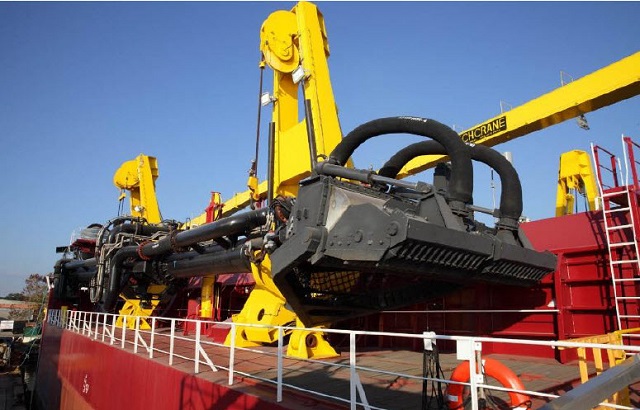