With DNV GL certification obtained in February 2021, the pioneering COBRA battery system has achieved the highest standard of safety and can thus be used for a wide range of inland waterway and maritime shipping applications. Due to the growing demand for the compact battery system, Becker Marine Systems is expanding COBRA production at its Winsen (Luhe) location.

After an extensive series of tests, the DNV GL classification society has certified the COBRA (“Compact Battery Rack”) battery system, which is tailored to maritime requirements. With full certification including IEC 62619 and IEC 62620, the COBRA system can now be installed on board inland waterway and ocean-going vessels. “We have achieved the highest standard of safety since our COBRA system also meets all safety requirements down to the level of the individual cell”, says Dirk Lehmann, Managing Director of Becker Marine Systems.

Thanks to continuous further development, LFP technology (“Lithium Ferro Phosphate”) has now been found to be a safer and more environmentally friendly alternative to the cobalt-based cell technologies used until now. “This cell chemistry eliminates the risk of fire in the event of a short circuit or overheating, for example, but we still get a compact system with high energy density”, says Lehmann. Another advantage is the absence of cobalt since this raw material is viewed very critically, particularly from an environmental and socio-political point of view. Added to this is the high recycling rate since this battery cell is almost completely recyclable. 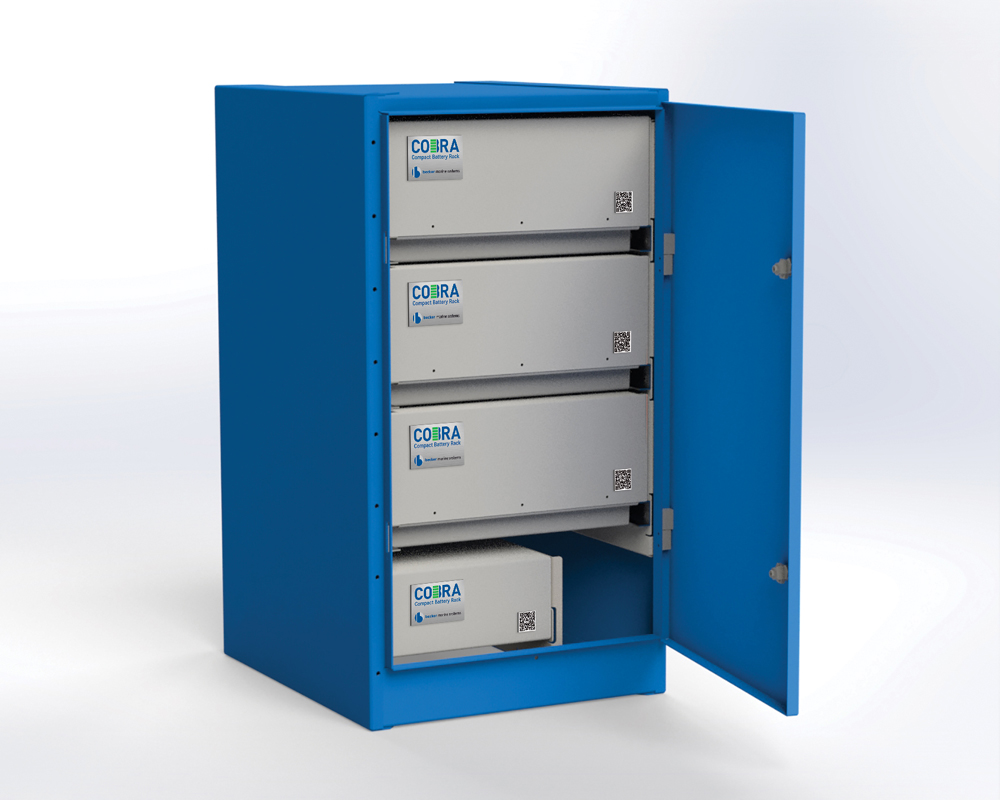 “In addition, we have succeeded in developing an attractively priced battery system for the maritime market that is freely scalable from a few kWh to several MWh”, says Godehard Gauf, head of the COBRA business unit at Becker Marine Systems. There are already initial orders for the new battery system for use in a workboat with 420 kWh battery capacity and for a tourist passenger ship. Both systems will be delivered this year. The COBRA system is also currently being tested in combination with fuel cells for use in hybrid drive systems. Additional inquiries are coming from a variety of maritime sectors since the system can be used in a wide range of applications.

The new technology also enables access to funding at both the German federal and state levels. “Following a decision by the Ministry of Transport, coastal and inland vessels are eligible for subsidies to convert to emission-reducing propulsion systems – and this naturally includes battery systems”, says Lehmann.

Having achieved market maturity for COBRA, Becker Marine Systems is now opening up a large market with many opportunities in the hybridization or electrification of ships, in combinations with fuel cells for instance, in both inland waterway and maritime shipping. To meet this demand in the future, the Hamburg-based company will continue to invest in the expansion of its infrastructure. To this end, the production halls in Winsen (Luhe) will be expanded and additional employees will be hired.