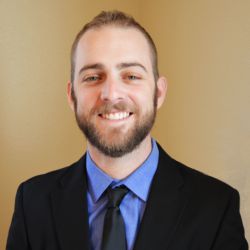 Prior to joining the BCGP team, Bon Fleur served in various other roles inside BCGP’s parent company, Brunswick Corporation, including continuous improvement manager for Boston Whaler, and most recently director of operations for Thunder Jet, an aluminum boat builder in Washington state. Bon Fleur has been with Brunswick since 2012, when he joined the Company as a process engineer at the previously owned Hatteras Yachts.

“Erik brings to the team valuable experience in manufacturing processes and project management,” said Stickler. “His skills and knowledge will better position BCGP to meet the ever-evolving demands of the commercial and government marine industry.”

BCGP is pleased to welcome Erik to the team, as the Company builds upon existing strengths, while progressing in an exciting new direction to ensure the sustained growth of the business.

Headquartered in Edgewater, Fla., and owned by the Brunswick Corporation (NYSE: BC) – the leading marine manufacturer in the world – BCGP represents the commercial interests of the Brunswick Boat Group. Offering superior quality and customizable crafts to commercial and government agencies around the world, BCGP specializes in patrol, rescue, military, research and workboat applications, providing unsurpassed customer service and support. For more information, visit www.brunswickcgp.com.