The Little Ships of Dunkirk were about 850 private boats that sailed from Ramsgate, England, to Dunkirk, France, between May 26 and June 4, 1940 as part of Operation Dynamo, helping to rescue more than 336,000 British and French soldiers who were trapped on the beaches at Dunkirk during the Second World War.

The Edward and Mary (RX74) was one of the little boats that sailed out to the evacuation operations. The boat is part of the Fishery Museum of Hasting.

The situation of the troops, who had been cut off from their advance into France by a pincer movement from the German army, was regarded by the British prime minister Winston Churchill as the greatest military defeat for centuries. It appeared likely to cost Britain the war, as the majority of the British Expeditionary Force was trapped, leaving the country vulnerable to invasion by Germany.

Because of the shallow waters, British destroyers were unable to approach the beaches, and soldiers were having to wade out to the boats, many of them waiting hours shoulder deep in water.

On May 27, the small-craft section of the British Ministry of Shipping telephoned boat builders around the coast asking them to collect all boats with "shallow draft" that could navigate the shallow waters. Attention was directed to pleasure boats, private yachts and launches moored on the River Thames and along the south and east coasts.

Some of them were taken with the owners' permission – and with the owners insisting they would sail them – while others were requisitioned by the government with no time for the owners to be contacted. The boats were checked to make sure they were seaworthy, fuelled, and taken to Ramsgate to set sail for Dunkirk. They were manned by Naval Officers, Ratings and experienced volunteers.

Very few owners manned their own vessels, apart from fishermen and one or two others. When they reached France, some of the boats acted as shuttles between the beaches and the destroyers, ferrying soldiers to the warships. Others carried hundreds of soldiers each back to Ramsgate, protected by the Royal Air Force from the attacks of the Luftwaffe.

The Museum opened in 1956 in the former Fishermen’s Church of St Nicholas. This was a mission chapel which served the fishing community from 1854 until the building was requisitioned by the military authorities to become a wartime store. The building is listed Grade II by English Heritage for its architectural and historical importance.

The Museum is managed by the Old Hastings Preservation Society who rescued the building and lease it from Hastings Borough Council. In 2001 funding was raised to build an extension which provides visitors with extra exhibition space and an audio visual presentation. 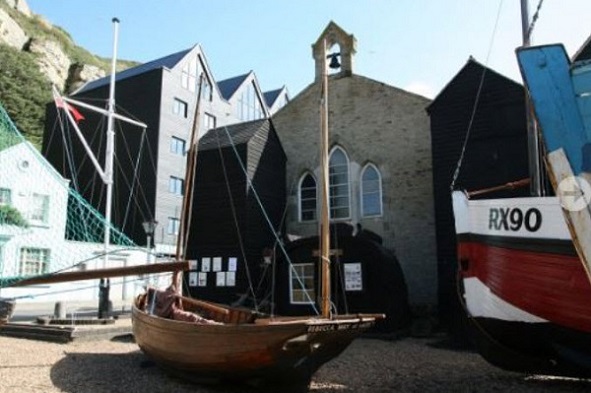 Inside the Museum you can see and visit the deck of the last Hastings’ sailing lugger Enterprise built in 1912, enjoy a large display of photographs and pictures, model boats and many other interesting objects. There is an external display with a variety of boats. You can look inside one of the towns iconic listed Net Shops and see how Hastings folk used boats cut in half when they had been caught engaged in smuggling. 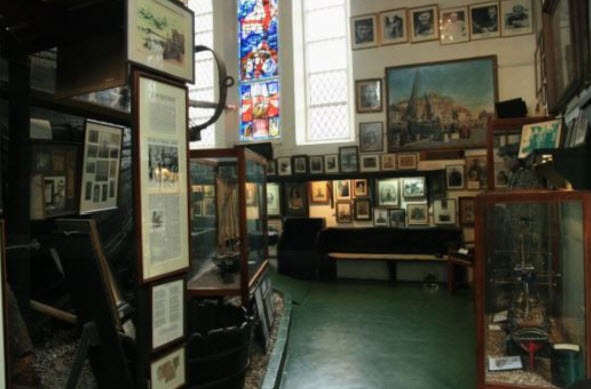