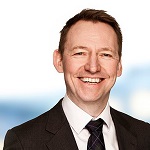 In a consultation paper dated December 5, 2017, the Norwegian Government is proposing to open up the bareboat registration of vessels in and out of the two Norwegian ship registries. The proposal is particularly driven by the increasing need for Norwegian flagged vessels to change flag in order to meet cabotage rules of other states, or to temporarily satisfy flag requirements under a charter party.

There are two Norwegian ship registries: the Norwegian International Ship Register (NIS) and the Norwegian Ordinary Ship Register (NOR). NOR is a national registry with relatively strict nationality requirements, and the vessels are subject to Norwegian pay and working regulations. NIS was established in 1987 in an attempt to stop the increasing reflagging of Norwegian vessels to the open registries such as Liberia, Marshall Islands and the Bahamas, as NIS vessels are entitled to employ foreign crew in accordance with the wage and employment rules of their domicile.

Bareboat registering out of NIS/NOR

The purpose for allowing bareboat registration of vessels out of NIS/NOR is to facilitate for the owners’ temporary need for a new flag without having to permanently delete the NIS or NOR registration. This is particularly relevant for offshore vessels that normally operate in the Norwegian sector of the North Sea but are temporarily relocated to other jurisdictions such as Brazil or West-Africa. By allowing to bareboat register the vessels out of Norway, the owners avoid the costly procedure of discharging and reattaching mortgages just to change the vessel’s flag. It also increases the likelihood that the vessel will be reflagged to Norway at the expiry of the bareboat charter period.

With respect to title and mortgages, it is proposed that NIS/NOR as primary register shall be the valid place of registration and that Norwegian law shall apply to these. Hence, any remarks, notes or recordings of title or encumbrances in the bareboat registry shall be disregarded.

The primary purpose for allowing bareboat registration of vessels into NIS/NOR is to strengthen the maritime industry in Norway. It will also facilitate the retention of the Norwegian flag following a sale leaseback transaction.

In line with the proposal related to bareboat registration of vessels out of NIS/NOR, the Government is suggesting that it shall not be possible to register any encumbrances when the vessel is bareboat registered in NIS or NOR.

The deadline for providing comment to the proposal set out in the consultation paper is March 6, 2018. As several key players in the Norwegian maritime industry, such as the Norwegian Seafarers' Union, the Norwegian Shipowners’ Association and certain Norwegian shipping banks, have already been involved and consulted, we do not expect that the proposal will meet too much opposition or be obstructed. However, it is not possible to indicate when it may be enacted.